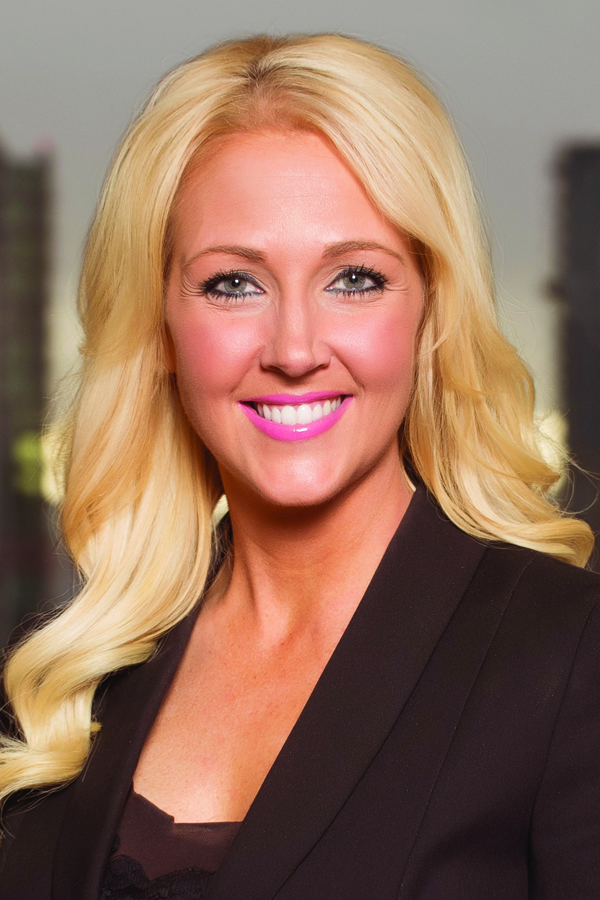 To ask this author to identify the top five trends in 2020 for cannabis is akin to asking her to name only five of her favorite Coldplay songs. With so much energy for both topics, a selection of the absolute most favored components of either passion presents quite a challenge. But like the cannabis industry has done for 20 years under its state-legal regime and entirely illegal federal one, this author will endure under the confines of such limitations.

In any new industry this is bound to happen. Particularly one with such massive government oversight and equally massive consumer demand. Original license holders are cashing out. And they should. They were the risk-takers. The originals. They raced to government buildings across the country with boxes of background checks accompanied by teams of forensic accountants, lawyers and lobbyists to walk down a path only recently paved with legalization to seek a license to directly violate federal law. They drew a line in the sand and said, “I’m in.” And the stars have aligned for them to move on in many states due to changes in ownership structures, particularly ones that now provide for out-of-state interests. They deserve to sell that to the next highest bidder for all of the pressure, investment, stress and risk that permeates the foundation of this industry. With state law changes have come multistate operators, many of whom do not necessarily understand cannabis and have probably never used it, but they know an opportunity when they see it. These companies are buying up licenses across the country and creating brand awareness among consumers with an eye toward changes in federal law that would allow for the transportation of cannabis across state lines. Once that happens, the cannabis industry will be treated like every other American producer with massive distribution centers across the country that will mimic the likes of alcohol and tobacco overnight.

The report further found that the edibles category could be worth more than $4.1 billion in Canada and the United States by 2022.No one wants to go to work and smell like cannabis, unless, of course, you work in a grow facility. And even then, maybe you don’t. And employers aren’t exactly excited when employees are present with the distinct aroma when it’s time to clock in. So, what’s a cannabis consumer to do? Eat or drink the product instead. In a world full of energy drinks, dietary supplements, bubbly water infused with fruit (which still doesn’t taste like anything, let’s be honest), it should surprise no one that cannabis is making its debut in a myriad of consumption applications. While most states prevent the mixing of cannabis-infused beverages and alcohol for sale by retailers (consumers can—and do—mix the products on their own), there are no limits on other targets for cannabis products. Most popular: food and drinks.

ArcView Research and BDS Analytics recently identified that consumer spending on cannabis-based food and drink reached an estimated $1 billion in 2017 in the United States and Canada, representing about 11.4% of the total $9.1 billion in consumer spending on consumable cannabis in those two markets. The report further found that the edibles category could be worth more than $4.1 billion in Canada and the United States by 2022.

There are countless food products and infused beverages on the market in America and anticipated this year, which dovetails perfectly with the American predilection for happy hours, brunch, and after-work drinks; minus the hangover, some might suggest. Any cannabis company owner will tell you the future is infused products, whether consumers are buying the oil themselves to infuse at home or asking a company to infuse something for them. The future of cannabis is, indeed, on a menu.

When the SAFE Banking Act passed off the House floor with 324 yes votes, 91 of which were from Republicans, a collective cheer and wave akin to an invigorated football stadium engulfed the industry. A huge moment. One long-awaited and most needed. Momentum. Movement. Finally, a sigh of relief. One would be naïve to assume such a success in the House will be mirrored in the Senate. It will not. But that sort of statement from one chamber is a message to the other: this issue is not going away. It matters. It’s bipartisan. And employees/owners in the cannabis industry need relief from the heavy hand of the federal government when they go to work every day in full compliance with state law. With every passing day, lawmakers on both sides of the aisle are being educated by the cannabis industry about how to responsibly regulate the products and what true regulation looks like. It’s only a matter of time until these state-level practices are adopted by federal policymakers. Because let’s be honest, elections matter. And 33 states have said yes to cannabis. It’s only a matter of time until the members of Congress from those states take up the issue in a real way. And many already have.

In the last 10 years, 20 states legalized cannabis for medical purposes and 13 legalized it for adult use. Several national polls suggest this trend will only continue in 2020. And unlike the polling in most recent national elections, the predilections on cannabis seem to be accurate. In 2020, adult-use cannabis measures will definitely appear on the New Jersey and South Dakota ballots. Adult-use measures could also appear in Arizona, Arkansas, Missouri, Montana, New Jersey, North Dakota and Oklahoma. Idaho, Mississippi, Nebraska and South Dakota are likely to vote on medical cannabis as well.

Of note, the South Dakota measure would also legalize hemp, which has yet to get the blessing of the Mount Rushmore state. In Mississippi, voters will likely be asked their opinions on legalizing medical cannabis. This is interesting since the University of Mississippi has had the only DEA license to grow their own cannabis for research purposes since 1968, but the rest of the state has been squarely in prohibition with zero allowances for cultivation or possession.

The future is bright for the cannabis industry and its players. For a final ounce of perspective on state legalization, only three states have no legal cannabis of any kind: Idaho, Nebraska and South Dakota. And if Idaho and South Dakota’s polling is any indication, they won’t be on this short list for much longer.

Once upon a time, drug dealers applied for legitimate cannabis licenses. They were denied. And some tried to dodge the regulated marked to continue selling on street corners and out of back doors. Some still do. But now we have a cannabis industry with true regulation and what this author likes to call “adult supervision in the room” on the cannabis conversation and those leading it. A week doesn’t go by without a Wall Street investor or Silicon Valley tycoon asking for advice on where to invest in the cannabis industry. Huge retailers are calling to ask if they can sell it. Alcohol and tobacco interests are hugely, well, interested. And the industry is being led by the likes of former baby car seat manufacturers, former food and beverage lobbyists, young entrepreneurs, and tech geniuses. Now that these individuals are invested and committed, they will continue to professionalize the industry by leading on public-facing initiatives teaching consumers how to use cannabis responsibility, how to determine a much-needed standard for impairment, and to overall improve the reputation of a product once fully illegal, and now partially legal, and soon on its way to fully legal.

The future is bright for the cannabis industry and its players. Only daylight ahead and the billows of bureaucratic smoke are parting hopefully—eventually—with regard to the incongruity between state and federal law on the issue. That’s a lot of ink to say that the next few years will be monumental for the cannabis industry. And if you’re a Coldplay fan, you just caught the reference to my favorite song from the legendary Brit ensemble.