While we’re pleased to report that 2020 is almost over, 2021 will be a mixed bag. New jurisdictions will open their doors to cannabis and consumption will continue to rise, but competition from new operators and illicit supplies will increase. As California’s cannabis industry matures and turns the page on a bizarre year, market uncertainty will linger as the pandemic drags on and overtaxation and regulation strangle profits. But let’s remember, cannabis has been cultivated for over 6,000 years and has withstood far worse—this market isn’t going anywhere and will continue to grow and become more impactful.

The U.S. Senate will likely pass legislation providing cannabis businesses access to traditional banking and financing services. This will be a game changer for the industry. Valuations will go up. Increased liquidity will smooth transactions. Companies will look to affordable debt to expand their footprints and capacity to compete on a new scale. Full federal legalization could be a game changer if 280E tax restrictions are lifted and interstate and international cannabis trade open up, but the timing of this is hard to predict.

Cannabis consumption will continue to increase as Californians seek to ease pandemic-related stress, temper quarantine conditions, and sample an eye-popping array of new products. Sophisticated consumers will be open to spending more on unique and niche products. But hemp-derived cannabinoids may present a new source of competition, especially if CBD remains unregulated. By the end of 2021, cannabis beverages will begin to compete with mainstream alcohol categories. Pharmaceuticals will increasingly take notice of this industry and the increasing share of consumers turning to plant-based remedies. 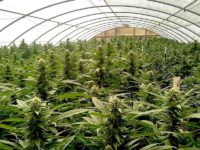 In pursuit of revenue, agricultural counties will liberalize their policies on cannabis cultivation by permitting more acreage and streamlining permit processes. Neighborhood groups will push back, but policymaker concerns will be assuaged when they see cannabis farms operating innocuously (and sustainably) around the state. Advances in seed breeding, pest-and-disease control, outdoor growing techniques and odor abatement technology will help too.

Cities and counties will revisit opening their borders to cannabis retail storefront and delivery as they attempt to fill budget gaps. Many cities will allow cannabis retail for the first time and/or expand the number of licenses available. These new dispensaries will provide a much-needed outlet for the influx of licensed flower and will continue to spur innovation and consumer education. But a “second wave” of retail speculators seems poised to let optimism override judgement, setting themselves up for failure or acquisition by incumbents.

2021 will be a pivotal year for social equity, which will establish a foundation for a just cannabis economy. The industry will have to grapple with how to ensure that those most impacted by the criminalization of cannabis and most often excluded from traditional financing exposure are provided with equitable access to meaningful opportunities. As California’s regulated cannabis market grows, getting social equity right will be important if the industry is to firmly establish itself as an inclusive industry that addresses impacts on marginalized communities and responds to customer demands.

California’s new CalCannabis Appellations Program will provide cultivators and brands a way to credibly market the value of their unique growing regions and cultivation methods. These distinctions only apply to cannabis planted in the ground, excluding greenhouse and warehouse grows. The expectation is that high-end consumers, trained to recognize place-based designations and quality certifications in other products, will reward products that boast these designations. How many consumers will be willing to pay the premium and how long full implementation of the program will take, remains to be seen.

Prices May Begin to Drop

2020 was a great year for the few fully licensed cultivators in California permitted to sell to the regulated market. 2021 may be different. Numerous licensed cultivation projects will complete the permitting processes and come online next year. While growing demand may outpace supply at first, by Q3 supplies could swamp the market. Premium flower is perhaps an exception. Adding to the pricing pain, as always, is California’s illicit market, which will continue to undercut prices, as legal growers toil to comply with a labyrinth of state and local regulations. Nonetheless, cannabis will remain the most profitable crop on a per acre basis for some time.

The drop in prices coupled with continued high taxes and regulatory burdens will result in turnover of assets and businesses. Less efficient and inexperienced cultivators will struggle, many unable to ultimately withstand pricing pressure. Others will be hit by enforcement actions for failing to comply with California’s myriad regulations. Retailers, already burdened by punitive tax structures, real estate finance commitments and onerous local regulations, will need to be disciplined and have a clear strategy to address new competition.

Driven by business failures and renewed investor interest, California’s regulated cannabis industry may consolidate rapidly in the second half of 2021. Institutional finance will enter the space with a much more disciplined approach than prior capital sources. Traditional agricultural interests will invest in cannabis cultivation projects. Well-run retail chains will begin to outcompete, and then acquire, mom-and-pop competitors. Big brands will continue to expand their shelf space, relegating smaller competitors to niche and novelty status.

In short, the cannabis industry will continue to be highly dynamic, exciting, enticing and risky.