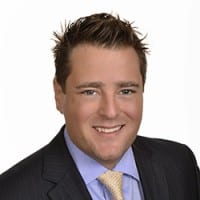 According to a press release published today, the National Cannabis Industry Association (NCIA) announced the newest members of their board of directors for the 2020-2022 term. Some of the members are incumbents and have served on the board for several years now and some are newly appointed, marking their first time stepping into roles leading the organization.

The nominating committee also re-elected three board members for another term:

You can check out the full list along with their bios here. The new board of directors will be deated officially at the Northeast Cannabis Business Conference in Boston, February 19th. The first board meeting with the new appointees will also take place in February.