According to a press release published earlier this week, A2LA announced the accreditation of two separate cannabis laboratories in two separate states; both are the first cannabis testing labs accredited in their states. Demeter Laboratory, based in Oklahoma City, Oklahoma, and Galbraith Laboratories, based in Knoxville, Tennessee, achieved the ISO 17025:2017 accreditation.

According to Cassy VanTassel, M.S., quality manager at Demeter Laboratory, Oklahoma is still developing and defining their regulatory framework for cannabis testing requirements. “Even though the State of Oklahoma is still establishing regulations and legislation, Demeter will always strive to meet the highest quality standards, so our customers know they are getting the best quality testing,” says VanTassel. “Demeter chose A2LA as its Accreditation Body due to their reputation in the industry, their diverse clientele, and the quality of their assessors.”

In Tennessee, Galbraith Labs is looking to aid the hemp industry in product safety testing. Christy Myers, customer service manager at Galbraith Laboratories, says they want to help farmers produce safe hemp products. “We are proud of our commitment to stay current within our industry and achieve the high standards set by A2LA,” says Myers. “Adding cannabis testing to our line of services was a great opportunity for Galbraith Laboratories to serve the community by helping farmers produce safe and legal hemp.”

Galbraith Labs was founded in 1950 as a contract lab in Knoxville serving many industries. With their newly established accreditation, they hope to aid the cannabis industry in Tennessee with hemp testing. Demeter Laboratory is the first medical cannabis lab in Oklahoma. Their goals include “advancing quality controls in medical cannabis, supporting safe consumption of cannabis and ensuring the transparency of the cannabis community.”

According to a press release published in December, Digipath Labs, based in Las Vegas, Nevada, was recently accredited to the updated ISO standard, ISO 17025:2017. The laboratory received their accreditation from Perry Johnson Laboratory Accreditation (PJLA).

ISO 17025:2005 has long been the standard that labs seek accreditation to, but their newest 2017 edition was recently rolled out and introduced to the market. The new 2017 standard includes some broad changes to terminology, process approach, scope, and it importantly introduces the concept of risk-based thinking.

That concept of risk-based thinking is particularly relevant to the cannabis testing market, where many have argued for more transparency and uniformity in different state regulations and markets. Introducing risk-based thinking in the standard means that assessors also look at the risk of bias, impartiality and assessing measurement uncertainty, which certainly adds a layer of subjectivity to the accreditation. 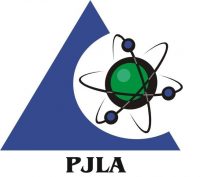 Tracy Szerszen, president/operations manager of PJLA, says the newer standard also includes a provision for a quality management system review among other changes. “We are making sure they are following the standard from a technical standpoint, meaning they have the right equipment, the appropriate personnel and also have a quality management system,” says Szerszen. “November 29, 2020 is the deadline for moving to the new 2017 standard.”

According to Todd Denkin, CEO and founder of Digipath, obtaining the new ISO accreditation poises them for future growth and expansion. “Digipath Labs has now brought its standard of excellence in cannabis testing under the updated ISO-17025:2017 umbrella as we seek to expand our dominance in cannabis testing markets,” says Denkin. “This is a major step in positioning Digipath as a global leader in testing services.”