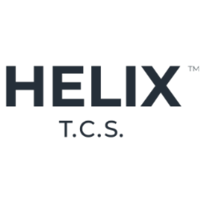 On May 15, BioTrackTHC was announced the conditional winner for Maine’s seed-to-sale tracking system government contract. The award is still pending final approval from the State Procurement Review Committee and the successful negotiation of the contract.

BioTrackTHC, a Helix TCS subsidiary, announced in a press release their conditional award earlier this month. The contract means that BioTrackTHC would partner with the state to provide software for tracking both medical and recreational cannabis products from the immature plant to the point of retail sales.

The contract could go for as long as six years, through 2025. If this contract receives final approval from the state internally, then this will become the ninth government contract for BioTrackTHC. Patrick Vo, CEO of BioTrackTHC, expects a quick deployment of the software once the contract is finalized. “We are excited to be working with the State of Maine and are grateful for their vote of confidence in our team’s ability to execute upon state-level tracking contracts and rapidly deploy a sound and secure technology solution,” says Vo.

Zachary L. Venegas, Executive Chairman and CEO of Helix TCS, Inc, says BioTrackTHC’s technology is leading the industry in shaping regulatory oversight for legal cannabis. “As states and countries begin to rollout or expand legal cannabis programs, our technology continues to lead as demonstrated by this Intent to Award and our multiple recent contract extensions with our partners,” says Venegas. “We look forward to playing a vital role in shaping the global cannabis industry and ensuring that it is able to operate efficiently and transparently.”

According to a press release published this morning, BioTrackTHC successfully implemented their Universal Cannabis System (UCS) in Washington State, a temporary solution for the state’s seed-to-sale cannabis tracking system, while the new system is yet to be deployed.

BioTrackTHC had a contract with Washington State for four years, which expired just weeks ago at the beginning of November. Back in June, after a few minor hiccups, the state announced that MJ Freeway would be the successive software platform used for the state’s seed-to-sale traceability system.

The deadline for the new software to be ready for deployment was set for November 1st, when the BioTrackTHC contract would expire and the MJ Freeway contract would begin. Between when the contract was awarded and the deadline for implementation, MJ Freeway made headlines for a series of security hacks and systems failures. Subsequently, MJ Freeway said they could not deliver the software platform until January of 2018, leaving a two-month gap where businesses have no state-mandated software to use for the tracking system.

The contingency plan that the state laid out consisted of business owners manually inputting data in excel spreadsheets. When first pressed for a Band-Aid solution, representatives of BioTrackTHC cited security concerns related to MJ Freeway’s hacks as reason for being hesitant to extend their contract through the interim period.

In an open letter to the Washington cannabis industry back in October before the end of their contract, Patrick Vo, president and chief executive officer of BioTrackTHC, laid out an explanation for what went wrong and provided an alternative solution, essentially a private sector version of their government-mandated traceability software system.

Announced this morning, the new system, UCS, is being used by over 1,600 of the 1,700 cannabis licensees in Washington. The UCS has so far submitted 39,000 individual excel spreadsheets to the Washington State Liquor and Cannabis Board (WSLCB). “After the WSLCB announced that their replacement system would not be ready in time and that the only other option was for all 1,700 licensees to submit their seed-to-sale data via manual spreadsheets, BioTrackTHC created the UCS—a privatized clone of the government system—within a few days and deployed it minutes after the termination of the old system to minimize the impact on all licensees,” reads the press release.

The UCS allows business owners to streamline data recording, instead of manually entering information into spreadsheets. It is also integrating with 3rd party software competitors such as WeedTraQR, GrowFlow, Mr. Kraken, TraceWeed, GreenBits, S2Solutions and DopePlow. “After the WSLCB’s announcement, we knew that we had only a few days to provide a universal system to which the whole industry could submit compliance data and enable communication across the supply chain between licensees and their seed-to-sale system,” says Vo. “Our priority was to ensure that licensees could continue to operate in the absence of a government seed-to-sale system. Not having that system in place could have left Washington licensees vulnerable to noncompliance in a variety of ways, not to mention the potentially crippling volume of extra work needed to manually track a business’ entire inventory.”

Washington State’s new traceability software system by MJ Freeway is expected to deploy in January of 2018.

According to a press release, the State of Delaware has chosen BioTrackTHC as their partner in seed-to-sale tracking software. Delaware’s Department of Health and Social Services (DHSS) signed a contract with BioTrackTHC for the tracking and patient registry software.

In 2016, Delaware issued a request for proposals for “the Delaware Enterprise Consolidated Cannabis Control System,” which encompasses the statewide patient registry and seed-to-sale traceability systems. “Our sincerest thanks to DHSS for choosing Team BioTrack,” says Patrick Vo, CEO of BioTrackTHC. “DHSS has been wonderful to work with throughout the contracting process, and we look forward to partnering with them to provide the tools and data they need to continue overseeing the industry and protecting their patients.” BioTrack’s software was selected as the winner of a number of government contracts in other states previously for the same role.

Their software is currently used in government traceability systems in Washington, New Mexico, Illinois, Hawaii, New York and the city of Arcata, California. The press release states regulators will have the ability to view the retail data “including plant counts and usable inventory, lab results, transportation, and point-of-sale data—to perform periodic audits and ensure compliance.” The patient registry will also provide better patient accessibility through the new software with a faster turn around time and automated application processing.

BioTrackTHC provides technology solutions for businesses and governments to tracking products throughout the supply chain to the point of sale. The software systems help businesses remain compliant with regulations and monitor data for things like inventory management. 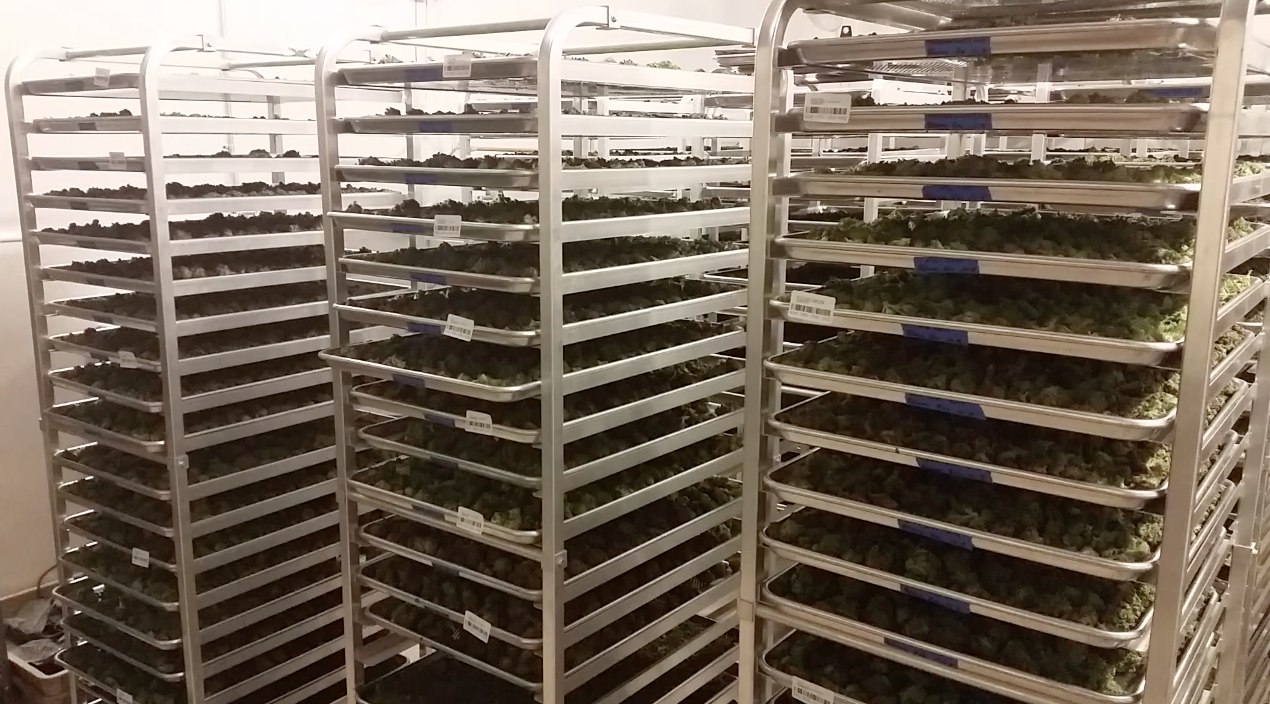 BioTrackTHC, partnering with the Hawaii Department of Health, is deploying the first live seed-to-sale traceability system for cannabis in a FedRAMP-authorized environment, according to a press release. The Federal Risk and Authorization Management Program (FedRAMP) is a government-wide risk management platform that provides standards for security assessment, authorization and continuous monitoring for cloud products and services. “BioTrackTHC, utilizing Amazon Web Service’s Government Cloud (AWS GovCloud), has met all necessary requirements to host its live government cannabis seed-to-sale Traceability Systems in one of the most secure cloud platforms in the world,” states the press release.

“The BioTrackTHC team invested an incredible amount of time and effort into this high priority project, and we are excited to see it transform from last year’s concept to clean execution,” says Patrick Vo, president and chief executive officer of BioTrackTHC. “We are grateful for the Hawaii Department of Health’s trust in us to get it right the first time.” Hawaii working with BioTrackTHC and AWS GovCloud essentially affords them an ultra-high level of data security in their state traceability program.

“We’re pleased to know that our state’s seed-to-sale Traceability System is now housed in the most secure cloud server available,” says Keith Ridley, chief of the Hawaii DOH Office of Health Care Assurance. “This ensures safety and comfort for our licensees, business operators, and our patients, who can all be confident in knowing their business data and protected patient information is being stored in the most secure traceability system in the world.” The FedRAMP decision-making body is comprised of the Chief Information Officers (CIOs) from the Department of Defense, Department of Homeland Security, and the General Services Administration, with additional collaboration from the National Institute of Standards and Technology, National Security Agency, Office of Management and Budget, and the Federal CIO Council.

The FedRAMP standards include “400 security measures and allows government agencies to use these and only these cloud environments for high-impact data where the loss of data confidentiality, integrity, or availability could be expected to have a severe or catastrophic effect on organizational operations, assets, or individuals,” according to the press release. Essentially this means that they meet the highest security requirements of the program.

According to Phil Bergman, senior communications consultant at BioTrackTHC, just yesterday the company announced it had surpassed 1,500 locations that its software systems are used in. BioTrackTHC has a traceability software solution that provides “real-time visibility into the seed-to-sale tracking data of licensed medical marijuana dispensaries, including plant and inventory quantities, production activity, laboratory testing results, transportation activity, and dispensing activity.”

The Hawaii Department of Health’s Office of Health Care Assurance selecting BioTrackTHC for the contract marks five state contracts that the company has won. Currently, the software is used by Washington, New Mexico and Illinois and soon to come are New York and now Hawaii.

The software essentially allows private businesses and regulators access to data on cannabis plants in real-time, tracking them through every step in the production process including growing, harvesting, quality and safety testing, transportation and sale. These state-mandated systems have the ability to prevent issues like diversion, theft and contamination, helping with transparency in regulatory compliance.

The software is used in both “medical and recreational cannabis facilities in 23 states, Washington D.C., Canada, Jamaica and South America. “The development of a healthy and successful medical cannabis program is a top priority for Hawaii, and we are extremely proud to have been chosen to be a critical part of it,” said Patrick Vo, chief executive officer of BioTrackTHC.

“We demonstrated significant interest in the state of Hawaii early on, including sponsoring the first ever Cannabis Business Expo there last year,” says Vo. “The Hawaiian people have their own special values and way of life, which is important to understand when working in Hawaii.” Winning the contract means their software will be used to track the production, transportation and sale of all medical marijuana in the state of Hawaii.