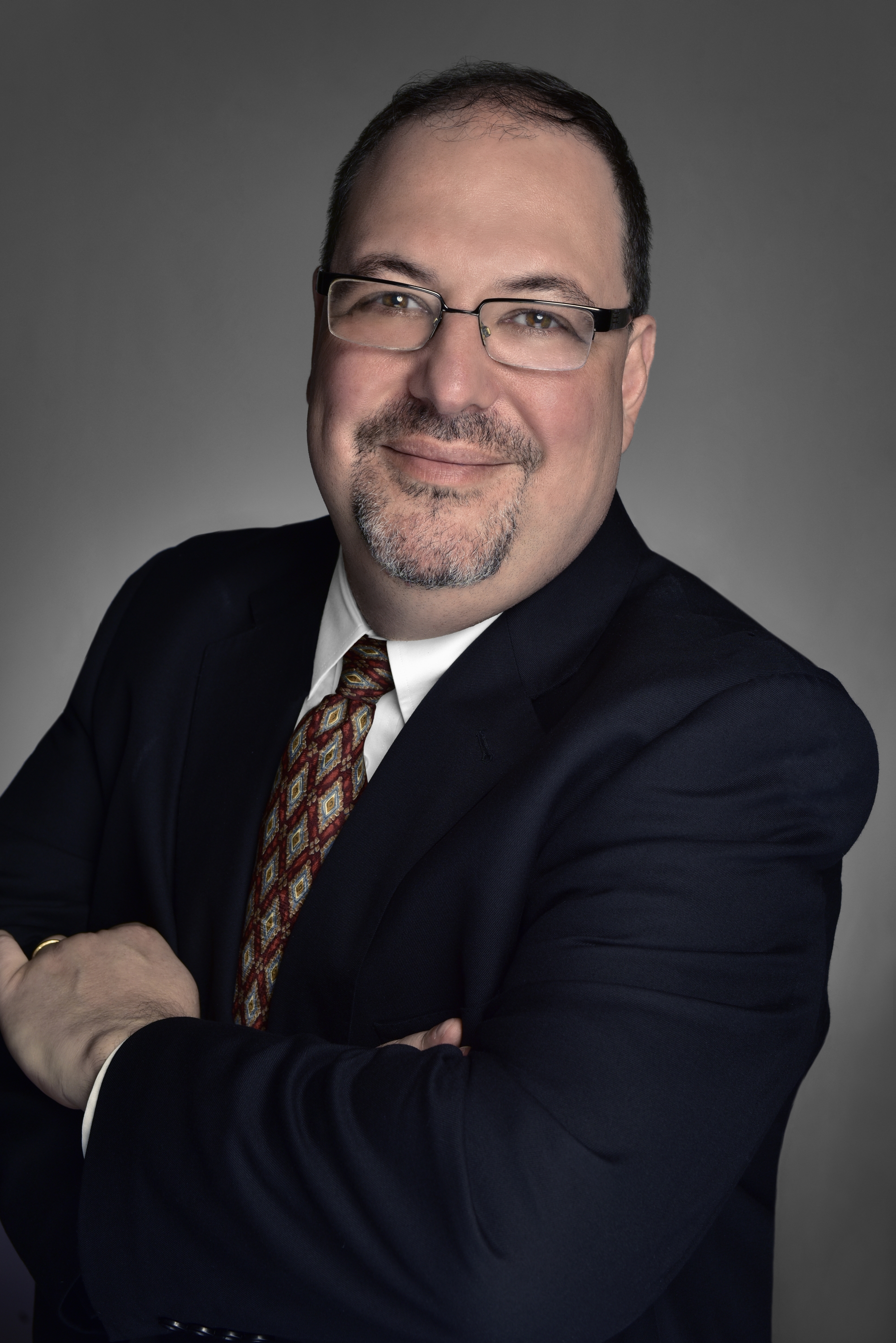 You’ve bred a new strain of cannabis, or perhaps discovered an excellent new hybrid outgrowing the other plants in your cannabis plot. Can you claim the new plant as yours and legally protect it? The short answer is potentially yes. The long answer follows below:

Since a 1930s’ Act passed by Congress, the US government has permitted a person land, and (ii) asexually reproduces that plant, to apply for a Plant Patent. If granted, the Plant Patent will protect the patent holder’s right to “exclude others from making, using, selling, offering for sale and importing the plant, or any of its parts.” In other words, if you have a Plant Patent, you have a monopoly on that particular plant and its progeny plants, as long as they are asexually reproduced (for example, from cuttings – i.e. a clone). There is a hole in the protection – once you’ve sold or given anyone the plant they can use the seed or pollen from it without your permission.

Originally this sort of coverage was thought to be useful for things like new apple varieties, which are often from spontaneous new mutants found by farmers in their orchards (i.e. “cultivated land”). But is it possible this coverage can be extended to cannabis plants? The answer is yes. Unlike the traditional refusal of the US Patent & Trademark Office (USPTO) to register “offensive” or “disparaging” trademarks on moral grounds, US patent law does not have any well-established “morality exception.” And, indeed, Plant Patents have already been issued for cannabis strains. In December 2016, US Plant Patent No. 27,475 was issued for a cannabis plant called “Ecuadorian Sativa.” This plant is said to be distinct in its exceptionally high level of a particular terpene (limonene) at levels of 10 to 20 times the usual range, and is a single variety of a cross between what are commonly named as Cannabis sativa and Cannabis indica.

How do you get a Plant Patent? Firstly – a Plant Patent is not automatically granted. The application has to be written correctly, and the USPTO will examine it to determine if your plant is new and distinct (non-obvious) from other known varieties, that it is described as completely as is reasonably possible, and that it has been asexually propagated. In addition, if the plant was “discovered” as opposed to “invented” then the USPTO will need to be shown that it was found in a cultivated area. A plant discovered simply growing wild cannot be patented. If you pass these hurdles, you will have a Plant Patent that lasts for 20 years.

Another type of patent that can protect your new cannabis plant, and much more besides that, is a Utility Patent. Utility Patents have a longer history than Plant Patents in the US and, while they may be harder to obtain, a Utility Patent gives you broader protection than a Plant Patent. A Utility Patent can cover not only the plant itself, but if properly written can also cover parts of the plant, uses of the plant, methods used to create the plant, methods for processing the plant, and even edibles (like brownies) that contain an extract from that plant. If granted, the Utility Patent will protect your right, for 20 years from the date you filed the application, to “exclude others from making, using, offering for sale, or selling the invention throughout the United States or importing the invention into the United States.” An additional protection is that if the invention you claim in the patent is a “process,” you can assert the Utility Patent to exclude others from importing into the United States any products made by that process. Of course, given that present U.S. federal law regards cannabis as a DEA Schedule 1 drug, this importation blocking right is currently irrelevant. Nevertheless, it should be remembered that utility patents have a 20-year term, and Federal law may shift during that time.

Utility Patents are harder to obtain than Plant Patents. The USPTO will examine your application to determine whether what you are claiming protection on (for example: plants, cells, methods or processes) is new and non-obvious, does not cover a naturally occurring product or process, and is fully described. The simple description used in a Plant Patent is not enough for the more rigorous description needed in a Utility Patent. In addition, meeting the “enablement requirement” of a Utility Patent may require you to have the plant strain deposited with a recognized depository which will maintain that specimen plant – and you must agree that the public is permitted to access that deposit if a Utility Patent is granted to you.

So has the US government granted any patents on cannabis plants? Yes it has, multiple patents. A recent example is US Utility Patent No. 9,095,554 granted to Biotech Institute LLC (Los Angeles), which covers hybrid cannabis plants of a particular type with a CBD content of greater than 3%, as well as methods of breeding or producing them. Biotech Institute was also granted claims in the same Utility Patent for cannabis extracts from those plants, and edibles containing the extract. In this case, the plant samples were deposited with the NCIMB, which is a recognized depository in Aberdeen, Scotland. It should be noted that while the depository has to be internationally recognized, it does not have to be in the US. Another corporation, GW Pharma Ltd. (a UK firm), was early in the game and, according to USPTO records, has more than 40 U.S. Utility Patents issued relating to cannabis in some form or another, the earliest dating back to 2001.

A third type of protection is potentially available under the Plant Variety Protection Act (PVPA) if you breed a new cannabis plant by sexual reproduction. Colloquially, this protection is more often known as “breeder’s rights” and the USDA administers it. This right is not mutually exclusive with other protections – in 2001 the U.S. Supreme Court ruled that that sexually reproduced plants eligible for protection under the PVPA are also eligible for Utility Patents.

In theory, obtaining a PVPA certificate is a relatively straightforward procedure for seed reproduced plants, which are new, distinct, uniform and stable. If you are granted a PVP certificate it will last for 20 years from the grant date. You can bring a civil action against someone who sells, offers for sale, delivers, ships or reproduces the covered plant. So have any PVPA Certificates been issued for new cannabis strains? We have reviewed the USDA published certificates for the last two years and have not found any. Why is this? One obstacle may be what happens after you file your application. The US code governing these certificates states that a seed sample “will be deposited and replenished periodically in a public repository.” However, the government body that administers the PVPA, the USDA, specifically requires that all applicants submit a seed sample of at least 3,000 seeds with an 85% or more germination rate within 3 months of filing the application. Sending cannabis seeds in the mail to a federal agency – that’s a deterrent given current uncertainty. Ironically, the location that the seeds must be sent to is Fort Collins in Colorado, a state where cannabis has been decriminalized. The USDA’s published PVPA guidance describes courier delivery of the seed sample to the Fort Collins repository, but does not mention hand delivery of the seed samples. We contacted the seed depository and were informally told that seed samples can be deposited by hand delivery – but this still entails handing over to a federal agency actual seeds of a plant which is a DEA Schedule 1 drug. In any event, no PVPA Certificates that have yet been issued for new cannabis strains. It is possible that a new federal administration might deschedule cannabis, permitting an easier route to PVPA coverage. But for the present at least, PVPA protection may be hard to obtain.

The views expressed herein are those of the authors and do not necessarily represent those of Amster, Rothstein & Ebenstein, LLP, or its clients. Nothing in this article is to be construed as legal advice or as a substitute for legal advice.