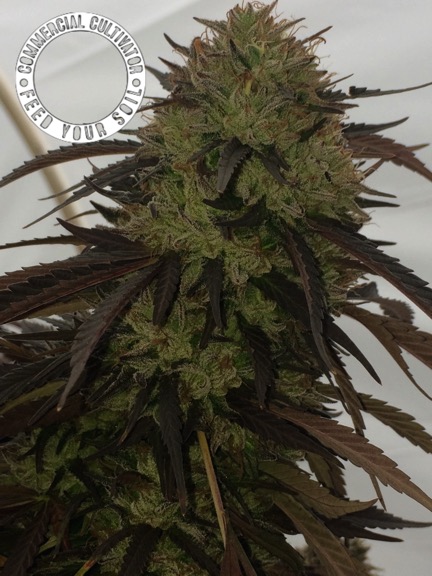 From the perspective of sustainable cannabis cultivation models, it seems clear that outside of the particular cultivation methodology adopted, that operational efficiency and the implementation of lean manufacturing principles will be necessary for successful and truly “sustainable” businesses, in the current, ever growing, cannabis space.

Implementing lean manufacturing principles as an integral part of the cannabis cultivation facility just makes sense- it is a manufacturing operation after all. From a lean perspective, doing away with the non-value-added costs in the supply chain and production model are quite important.

Let’s look at this case study as evidence for the necessity of operational efficiency:

The system was purchased with ongoing pest/disease issues, recent updates to Colorado’s approved pesticide list, had prompted the implementation of an updated integrated pest management (IPM) program, which had been moderately successful in developing an albeit short-term solution to keeping ongoing root aphids, powdery mildew, and botrytis, to name a few, at bay.

This existing facility was producing roughly 60 pounds of trimmed cannabis per week, equivalent to almost $6M annual gross, however they were losing a percentage of their yields to product that did not pass Colorado’s contaminant testing requirements.

It is important to note that any deviation from the existing manufacturing schedule and system would create a change to the potential productivity of the system, for better or worse.

At the most basic level, one would hope that a new operator taking over an existing facility would analyze the system and implement incremental or perhaps major changes to create more efficient and profitable outcomes. That being said, currently the average grower likely doesn’t have much understanding of the lean manufacturing process. That will undoubtedly change.

When we look at basic manufacturing facility operations, on an annual gross potential basis, each daily task not completed on the existing manufacturing timeline is, at least, a 0.3% (1/365) loss in potential productivity. In monetary terms, for this particular facility, each 0.3% equates to a potential $18,000 in lost productivity.

The information that follows is taken from observations during the first week of this facility ownership transition and below is a generalized outline representing just one aspect of the operational inefficiencies (created or existing) that were observed :

That equals a 6.3% loss in potential annual productivity, which translates into a rough estimate of up to $378,000 in lost revenue.

Changes to the nutrient program in the midst of the plant’s life cycle had created nutrient deficient plants in all stages of vegetative and flowering growth, coupled with changes to the existing IPM program, all add to the potential losses incurred. Deviations in the plant nutrition program and IPM scheduling are hard to quantify mid-cycle, but will certainly be quantifiable when the hard numbers come home to roost.

These inefficiencies, once compounded, could potentially equal more than a 20% loss in potential productivity during the subsequent 3.5 month plant cycle. The current 60 pounds-per-week would likely be reduced for the next 2 months, down to roughly 50 pounds, or even much less, per-week. This could become a loss upwards of $500,000 in annual potential revenue in the first quarter of operation alone.

These seemingly small and incremental delays in the plant production cycle are all greatly compounded. The end result is that each subsequent cycle of plants is slightly smaller due to delays in transplanting and less days at maximized vegetative growth, etc. Undoubtedly, the cumulative effect of these operational inefficiencies creates a significant drop in the existing level of productivity, with the end result being a significant, undesired loss of revenue.

The sum of the lessons learned from this cultivation facility, is this: a sustainable operation, in the most pragmatic sense, is an efficient one both in terms of productivity and in terms of the carbon footprint and waste generated. The more streamlined and successful the operations are, the greater likelihood of success. Perhaps all of this is to say don’t forget about all the little parts that make up the whole, and strive to create a work environment/corporate culture that empowers your employees, your managers and all involved to participate and contribute to the process of improving the operations for mutual benefit.

Lessons learned from the aerospace manufacturing industry: Even the smallest zip tie on a spaceship matters! Some food for thought: If it’s truly beneficial it should stick around… If it is beneficial and it’s not sticking around, then there are limiting factors in the system that need to be addressed.