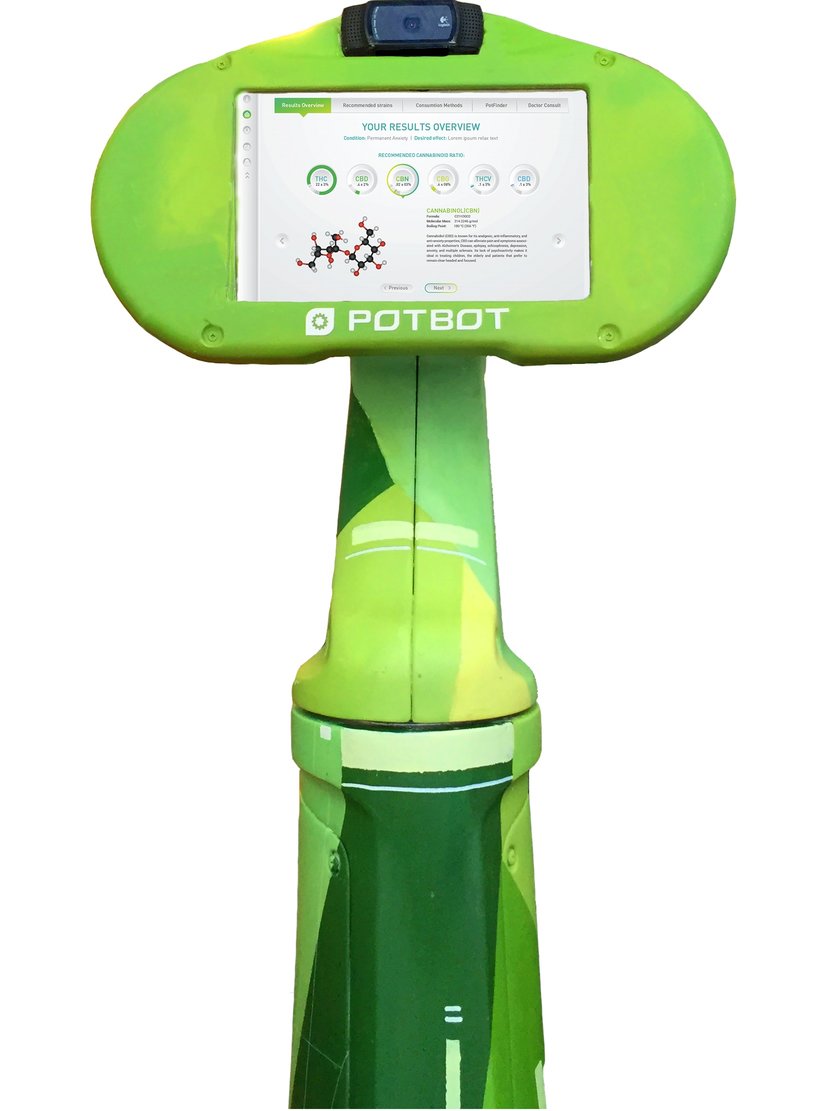 David Goldstein, co-founder and chief executive officer of PotBotics, launched a medical cannabis recommendation engine called PotBot with the goal to better inform patients to target their conditions with more accurate recommendations based on scientific research. “This is a tool to help move the market away from the thousands of strain names that are mainly just marketing or branding indicators,” says Goldstein. The medical application is designed to inform patients on peer-reviewed data, research on the treatment of their ailments with cannabis and the specific cannabinoids that are necessary for treating their condition. They began development on PotBot in October of 2014, launching the beta version to 400 users in November of 2015. On April 20th, 2016, Goldstein launched officially in the Apple Store, and the program will be available on Android in July.

Rather than focusing on strain names, PotBot focuses on the cannabinoid values to help patients gain an understanding of the correlation between which compounds might best target their condition. “This is a great tool for patients trying to familiarize themselves with what strains might work best,” says Goldstein. “For example, insomnia patients generally need cannabis with higher CBN levels, so we first educate the patient on cannabinoid ranges to shoot for and what strains might help. PotBot would recommend the strain Purple Urple because it is an indica found to have higher CBN values,” adds Goldstein. The program goes into great detail with the patient’s preferences including everything down to consumption methods so they know why it might recommend certain strains.

The recommendation tool is accessible via kiosks at dispensaries, on a desktop version for the computer as well as on the Apple Store for iPads and iPhones. “I do not see it as a way of replacing budtenders, rather supplementing them with knowledge,” says Goldstein. PotBot is designed as a tool to supplement the budtender’s understanding of cannabis, so the budtender does not need to know everything off the top of their head or recommend strains based on anecdotal information, according to Goldstein.

Goldstein’s team at PotBotics performed extensive research prior to launching PotBot, spending two years doing strain testing to develop the program. “There is currently no regulatory body [for strain classification] so we took it upon ourselves to work with the best testing laboratories for truly robust analyses and properly vetted growers to get the most valid data,” says Goldstein. “The current strain classification system and nomenclature is rather unscientific so we focus on cannabinoid values and soon we will be able to incorporate terpene profiles in the recommendation.” Moving away from the common focus on taste, smell and other qualitative values, they focus on medical attributes of cannabinoid profiles because they have the most peer-reviewed research available today.

As an OEM, the company designed the tool to work with each dispensary’s inventory, to provide recommendations for strains that a patient can access on site, however anyone can access the recommendation tool for free at PotBot.com. Goldstein’s company and their mission represent an important development in the cannabis industry; this could begin a key transition from thousands of understudied strain names to a more scientific and calculated method to treating patients’ conditions with cannabis.