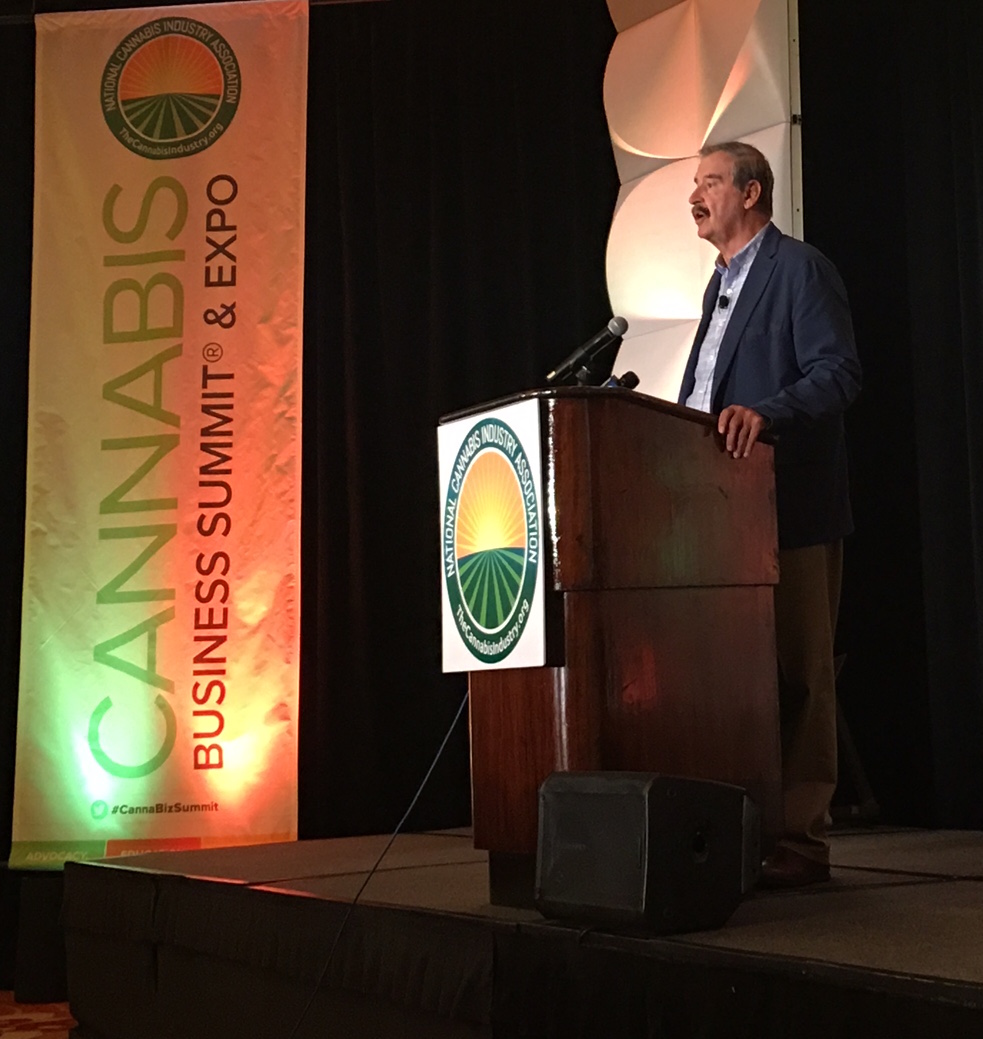 This week, the National Cannabis Industry Association (NCIA) hosted their annual Cannabis Business Summit in Oakland, California amid some alarming news in Washington. On Monday, a letter written by U.S. Attorney General Jeff Sessions back in early May made its way into the news, where he writes to Congress asking permission to prosecute medical cannabis businesses. The following day, U.S. Deputy Attorney General Rod Rosenstein spoke to the Congress Appropriations committee, saying that, “From a legal and scientific perspective, marijuana is an unlawful drug- it’s properly scheduled under Schedule 1.”

Those two statements identify the crystal-clear anti-cannabis stance of the two most senior-level officials at the Justice Department, a position that should alarm cannabis legalization advocates.

The former president of Mexico, Vicente Fox, a prominent legalization advocate, gave a press conference at the NCIA event, where he gave reporters his thoughts on cannabis and drug legalization, the Trump administration and Attorney General Jeff Sessions. To be blunt, he called Sessions crazy and Trump destructive and ignorant.

“I don’t know what happened to this administration,” Fox told a room of reporters. “A large majority of US states have already approved the use of medical cannabis, which I think is a great thing,” says Fox. “The state of California by itself produces more marijuana than what we do in Mexico. There is a conflict between the frameworks of law… there is no consistency in public policy.” To be clear, the former Mexican president advocates legalizing all drugs, attributing the violence in Mexico to the failed War on Drugs. “I don’t think prohibition has worked and we [Mexico] have paid a huge price for that.”

Former Mexican president Fox’s focus on international politics during that press conference sheds some much-needed light on the violence and other externalities linked to organized crime and the black market drug trade. “We are going to stand firm against what is going on- it is not only the fate of the United States, it is the fate of the whole world,” says Fox. “It is a real shame for this nation in front of the world- we are all pissed off out there hearing this crazy tweeting and crazy public policies that has nothing to do with the soul of this nation… No nation can isolate [themselves] behind a wall and still succeed.”