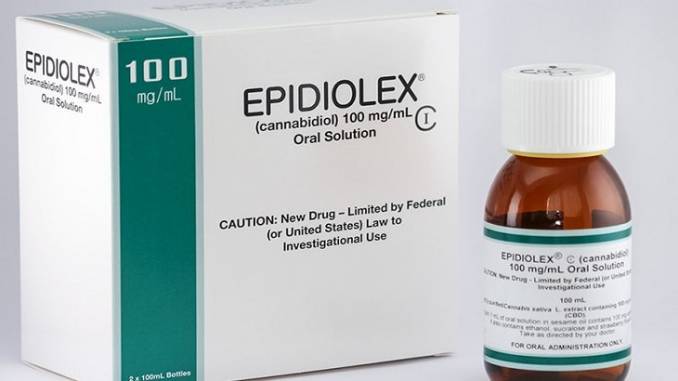 GW Pharmaceuticals scored a significant victory in the United States with its cannabis-based epilepsy drug Epidiolex in mid-April. The company received approval from a U.S. Food and Drug Administration (FDA) panel for its use in treating two forms of drug-resistant epilepsy.

The drug was granted “orphan drug” status in the EU a year ago.Will this be enough to move the conversation forward about cannabis as medicine in the United States?

So what does the future hold for this drug and a company, which has visited this space before? Remember Sativex?. The Company now faces real competition from a raft of companies moving into this space from just about everywhere – both from Canada and of course Europe itself.

It is not like this is either the FDA’s or GW Pharma’s first discussion about the medical efficacy of cannabinoids. Sativex, a mouth spray containing THC, was never granted approval in the United States for the treatment of MS – although it received such approvals in Europe.

If the FDA approves Epidiolex (made from CBD), it will be the first cannabinoid-based drug approved in the United States by the federal agency.

Will this be enough to move the conversation forward about cannabis as medicine in the United States? What will happen in the EU?

Will the FDA finally approve at least one form of a CBD-based drug? The chances are that Epidiolex might finally move the agency to approve. However,this is not, despite the hype that the company has made in the press about this, the first cannabinoid-based drug to be approved in the United States. It might be, however, the first drug based on actual natural cannabinoids rather than synthetic ones that it approves for some purpose. Both Cesamet and Dronabinol (or Marinol) are synthetic cannabinoid drugs approved for several conditions from chronic pain caused by chemo to Parkinson’s.

But those who are hoping that this drug approval might open the floodgates at the FDA for startersshould take a pew. While Sativex was not approved in the United States, it was made available after 2011 for MS patients, particularly in Germany, which has the highest rate of MS of any European country. The problem? It was just too expensive for most people to afford – since their insurance would not cover it. And doctors were even more resistant to prescribing than they are now. So even getting a prescription was almost impossible.

That conversation was different in Europe post-2013, and there were people who managed to get a doctor to write a prescription not to mention afford the eye-watering prices sans insurance coverage.

That said, given the choice between whole plant meds, most people still prefer bud cannabis to the spray variety. And in Europe right now, that is what is on the table.

What Will This Mean in the US vs Europe?

In the US, the first thing that FDA approval will mean is drug sales for only one branded drug. That is the cynicism at play here. Furthermore, it also neatly dodges the THC issue.

In Europe? Particularly Germany? This development is not likely to make much of a dent. GW is competing with every single Canadian producer with flower-based oil – and on both the medical and non-medical CBD front. That also now includes local producers. Further, this is a market which prizes genericized drugs over name brands. In France, the distribution of Sativex was held up, primarily because of the row over cost. And who would pay.

It is also unlikely that the FDA approval in the United States will change the discussion either in the US on a federal level – or in Europe.

The most important place this news already made a dent? GW Pharma’s stock price – at least temporarily. It is also a spot of good news the company really needs. In February, the company’s GWP42006 drug designed for focal seizures (drug resistant epilepsy) failed to outperform placebo results and wiped 5% off the company’s stock.