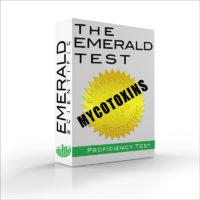 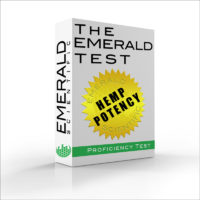 Colorado requires labs to participate in a proficiency-testing program in order to be certified to conduct required testing on cannabis and cannabis products for safety and quality. According to the press release, Colorado’s Marijuana Enforcement Division, under the Department of Revenue, conducted an evaluation process to determine which applicants could meet the performance standards for regulatory compliance concerning proficiency testing. The contract was awarded to Emerald Scientific following this evaluation process.

According to Ken Groggel, director of the Proficiency Testing Program at Emerald Scientific, a number of states have recognized the need for independent proficiency testing as a required piece of regulatory compliance. “The Emerald Test Inter-Laboratory Comparison/PT is state approved in Washington & Colorado for cannabis testing laboratory licensure,” says Groggel. “States with cannabis or hemp production, as well as labs in other countries are now actively participating in the Emerald Test as a tool for quality improvement, efficiency upgrades and product safety.” He says the Colorado Marijuana Enforcement Division has contracted with Emerald Scientific to provide third party PT programs for microbial contaminants, residual solvents and pesticides.

Beginning in 2014, The Emerald Test has been offered twice a year and, in 2017, over 50 labs participated from 14 states and 2 countries. “Laboratories that have enrolled more than once have seen significant improvement in their results, an indicator of improved performance for industry customers,” says Groggel.

Proficiency testing is important for ensuring quality, safety and product content accuracy. “This should be the priority whether you are a grower, manufacturer, testing laboratory, regulatory entity, medical patient or adult use consumer,” says Groggel. It also helps labs meet regulatory requirements and achieve ISO 17025 accreditation. “Independent proficiency testing helps determine if the lab is able to deliver the services marketed to its customers,” says Groggel. “Regulatory agencies can use this information when licensing, monitoring & enforcing good science for public safety.”

As new states legalize cannabis and develop consumer protection regulations, proficiency testing programs can help labs demonstrate their commitment to responsible and accurate testing. “When PT results show the cannabis testing lab is capable it is up to the government to ensure accountability for performance on behalf of all its citizens,” says Groggel. Labs can enroll starting on September 25th in the Fall 2017 Emerald Test ILC/PT.

Emerald Scientific’s Inter-Laboratory Comparison and Proficiency Test (ILC/PT) was recently approved in Washington as an official cannabis lab PT program, according to a press release. The Emerald Test program measures the accuracy of individual labs as well as comparing their results to other labs for indicators of variability and performance improvement.

Washington requires certified cannabis labs to participate in proficiency testing and Emerald Scientific’s tests is the only approved program in 4 out of 5 of the categories: potency, pesticide, heavy metals and residual solvent analysis. The most recent round of The Emerald Test showed broad improvements in many of the testing categories.

Perry Johnson, a third-party lab accreditation service for ISO/IEC 17025 also decided that The Emerald Test “meets the audit criteria for the proficiency test participation requirement for the accreditation,’ according to the press release. The proficiency test is a key component of quality assurance, which is a major requirement for labs seeking ISO 17025 accreditation. “The Emerald Scientific PT ensures that the cannabis testing labs are performing their function to the best of their ability,” says Reggie Gaudino Ph.D., vice president of Science, Genetics and Intellectual Property at Steep Hill Labs. “Any lab that isn’t participating and exceeding the minimal passing requirements should be viewed as suspect. It’s that important.”

According to the press release, Emerald Scientific’s spring 2017 program has expanded from 5 to 6 tests. The residual solvents and pesticide analysis portions offer more comprehensive testing that previously. “The other tests include 2 microbial panels and a Potency Test, which measures 5 cannabinoids including THC, THCA, CBD, CBDA, and CBN,” says the press release. “New this spring is the Heavy Metals Test, which is offered in 2 parts, one solution for cannabis heavy metals and the other in a hemp matrix.”

More than 60 labs are expected to participate. Results will be released at the National Cannabis Industry Association’s Cannabis Business Summit and Expo on June 13, 2017. For more information please visit www.emeraldtest.com or email sales@emeraldscientific.com.