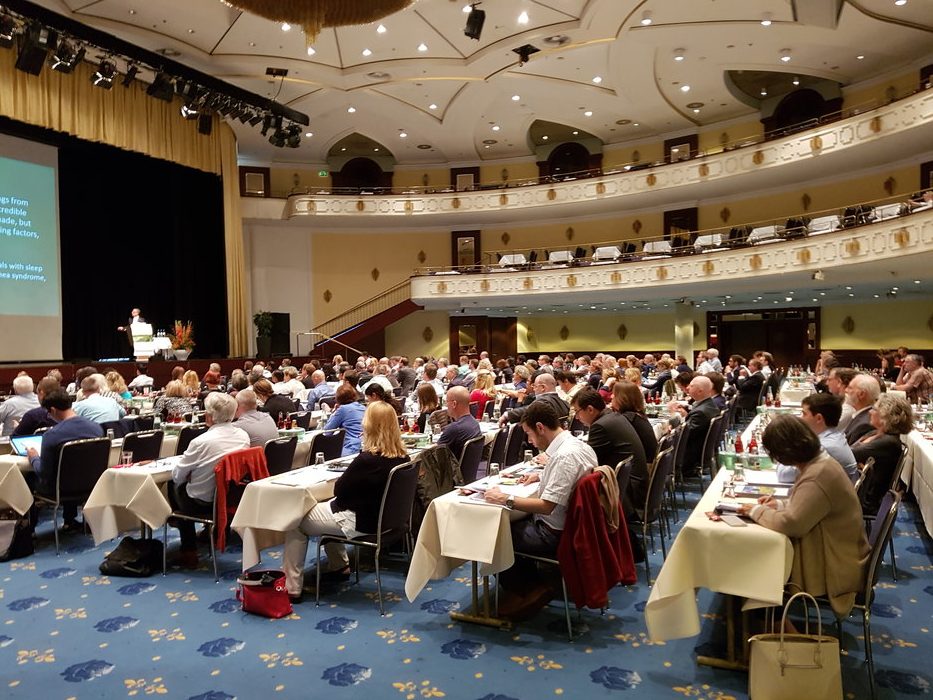 As cannabis conference backdrops go, Cologne (or Köln as it looks to the locals) has some major plusses. Cologne is a German city that has all sorts of both historical and cutting edge things to explore. Plus of course there is the timing. This part of the world just pre-Oktoberfest is a refreshing splash of multi-hued natural colors populated by people who wear lederhosen and dirndls in public (and with great enthusiasm).

Beyond its postcard settings, Cologne is a German center of medical research, as well as public policy making. The intricacies of pre and post war, not to mention post reunification politics, have made this whole region (which includes both Düsseldorf and Bonn) a major powerhouse in both deciding how things get done and then making sure they do. Including on all things scientific and medically focussed.

Overview of the Conference

Where German geographical proximity intersects with the global cannabis research and medical community is the work of the people who have made the International Association for Cannabis Medicines (IACM) one of the leading international scientific and medical cannabis conferences in the world. One look at the speakers list confirms that the top people in the cannabis research world came, spoke and even discussed unpublished research. Yes, that is the mark of a real academic conference. But in a world where medical efficacy is still being challenged, it is worth saying.

Even if you were not old enough to know about cannabis or well read, and had just showed up for the day, the subject matter and presentations were clear, easy to understand and stunning both individually and altogether.

Topics and abstracts ranged from trial data to changing legislation. Peppered between those were visions of where cannabis as medicine is clearly going as well as a far greater understanding of the role of the endocannabinoid system.

As a medical doctor, researcher, public policy expert or medical cannabis distributor, in other words, it is already a must-attend event. It is also packed with investors, not only from Europe but far from its shores.

If there was a message beyond the fact that the cannabis industry is now jumping the shark and going global, it was that the industry has now arrived in Europe and there is no turning back. On any front.

It is very hard to pick which was the most ground-breaking research. It all is at this point and it is all fascinating. One of the most heartening abstracts was submitted from Montana. It was just a single patient study. However it showed visual evidence of a stage 1A malignant melanoma completely resolving after 60 days of treatment both topically and orally. Research out of Tel Aviv (of course) was presented showing that low doses of THC might even reverse age-associated cognitive impairments. All of the genetic research into the plant not to mention new knowledge about terpenes was, literally, spell-binding to those who follow the science. Some of the presentations about ingestion technology in particular, were a clear indication of how much this world will be impacted by tech, where it is not already.

It was stunning just to sit and listen to ground-breaking science that is being produced by globally-known scholars at internationally renowned universities, but still ignored in every place where medical cannabis is not only still illegal, but out of reach of patients.

The current dire situation facing German medical users, of course, was frequently mentioned throughout the conference, and even from the presenting stage, as a human rights crisis.

The conference was, by definition, not only an exchange of information and research, but also a gathering of the scientific cannabinoid community with a global reach. It was also clearly a gathering of academics and scientists on a mission. The dire need to educate both doctors and patients as the details and kinks get worked out on the ground is well recognized here. The IACM at least is also trying to do something about it. On Friday night, the first full day of the conference, IACM organizers invited conference participants to a side meeting they at first wanted to limit to 30. The idea was to discuss the launch of an ongoing “Ambassador” program as well as a pilot project to help doctors and researchers communicate with each other. More than 60 people showed up and stayed, even if it meant standing against the wall for several hours.

The mood was helpful and light. Dr. Franjo Grotenherman, the best known and leading cannabis advocacy doctor in Germany, kicked off the gathering by serving food to guests before opening the floor to attendees to introduce themselves.

The idea clearly here, is to spread the word, no matter how, as quickly as possible.

The event has a different vibe from purely “industry” events. While the industry was clearly in attendance, in other words, it was clearly there in a supportive role. The star of the show was the unbelievable wealth of scientific knowledge that spilled from the stage.

That is not to say that there was not a lot of business conducted here. On all levels. The networking is terrific. And this being the cannabis industry, most people are friendly, open and willing to give a polite stranger a few minutes of their time.

This is an absolutely intriguing event to consider, particularly for Americans who do not have much insight into the European medical or scientific worlds when it comes to cannabis. That includes cannabis clinics in legalizing states to prescribing doctors looking for medical evidence of using CBD in treating their patients. Canadians, Israelis and Swiss were here in force, beyond the locals with representatives from most countries in Europe. If looking to network with an international crowd of doctors, scientists and companies on the cutting edge of cannabis globally, this is absolutely one of the best places on the planet to be.