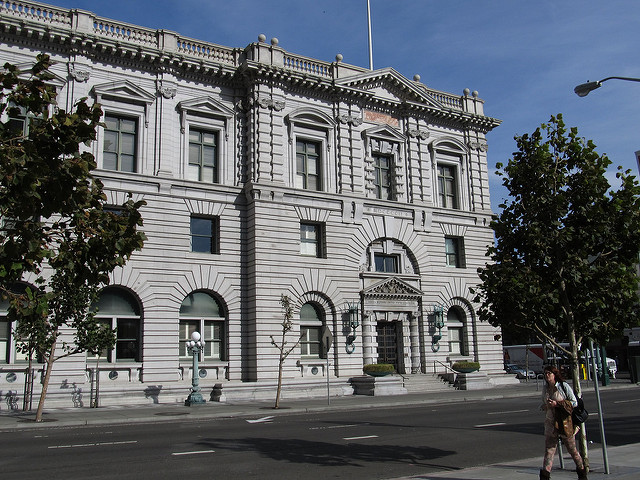 The overwhelming majority of Americans now live in a state where cannabis is legal at the state level for at least some purposes.1 However, cannabis (excluding hemp) remains criminal under federal law for all purposes. This conflict between state and federal law presents challenges for participants in the state legal cannabis industry, including enforcing their contractual agreements. This is because a number of federal court rulings have called into question whether contracts involving cannabis are enforceable in federal court.

In this article, we explore how federal courts and state legislatures have addressed the enforceability of contracts relating to cannabis and provide some practical tips for cannabis companies to protect their contractual rights.

The “Illegality Defense” in Federal Courts

Bart St. III v. ACC EnterprisesApplying this principle, a number of federal courts have refused to enforce contracts relating to state-legal cannabis. For instance, in Bart St. III v. ACC Enterprises, LLC, No. 217CV00083GMNVCF, 2020 WL 1638329 (D. Nev. Apr. 1, 2020), the parties entered into a loan agreement wherein the plaintiff-lender, Bart Street III, loaned the defendant cannabis cultivators in Nevada approximately $4.7 million to fund operating costs, pay down debts and purchase land for a cannabis cultivation facility in Nevada. Id. at *1-2. The loan agreement specified that it was governed by Nevada law. The cannabis cultivators defaulted on the loan, and Bart Street III sued for breach of contract and unjust enrichment. The cannabis cultivators argued that they could not be liable for breach of a contract that is illegal under the Controlled Substances Act of 1970, as amended (the CSA). Id. A federal judge in Nevada ruled that certain provisions of the loan agreement (i.e., a right of first refusal provision and another provision concerning disbursement of operating costs) were illegal under federal law and could not be enforced. The judge was unable to decide on summary judgment whether the illegal provisions could be severed from the other parts of the agreement, so on that basis the cannabis cultivators’ summary judgment motion was denied as to the breach of contract claim. However, the judge granted the cannabis cultivators’ motion as to the unjust enrichment claim based on the following reasoning: “Plaintiff cannot prevail for unjust enrichment because the parties’ contract involves moral turpitude. If the Contract is unenforceable, it is because Plaintiff invested in Defendants’ marijuana cultivation business primarily to obtain a pathway to an equity investment therein . . . . Providing funds in exchange for equity violates the CSA because it would allow the investor to profit from the cultivation, possession, and sale of marijuana . . . . Conspiracy to cultivate marijuana is a crime of moral turpitude.”

Polk v. GontmakherThe illegality defense was also raised in Polk v. Gontmakher, No. 2:18-CV-01434-RAJ, 2020 WL 2572536 (W.D. Wash. May 21, 2020), which involved two business partners—Polk and Gontmakher— who owned a licensed cannabis processing facility and retail store through an entity called NWCS. When Polk decided to leave the business, Gontmakher refused to acknowledge Polk’s ownership interest because Polk had a prior criminal record, which violated ownership requirements for cannabis businesses under Washington cannabis regulations. Polk sued Gontmakher for breach of a verbal partnership agreement and sought to recover past and future profits of the cannabis business. Gontmakher moved to dismiss, and the district judge granted the motion: “Mr. Polk’s claim that his requested relief would not require a violation of the CSA defies logic. He is demanding the future profits of a business that produces and processes marijuana in violation of federal law. How does Mr. Polk anticipate NWCS will generate these future profits? The Court cannot fathom how ordering [Gontmakher] to turn over the future profits of a marijuana business would not require them to violate the CSA. And as this Court has previously explained to Mr. Polk, it cannot award him an equitable interest in NWCS because to do so would directly contravene federal law.” Polk, WL 2572536 at *2.

J. Lilly, LLC v. Clearspan Fabric Structures Int’l, Inc.Certain federal district court judges have addressed the illegality defense directly, even when it has not been asserted by the parties. In J. Lilly, LLC v. Clearspan Fabric Structures Int’l, Inc., No. 3:18-CV-01104-HZ, 2020 WL 1855190 (D. Or. Apr. 13, 2020), a licensed cannabis cultivator in Oregon contracted with Clearspan, a lessor of commercial greenhouse equipment located in Connecticut, to lease greenhouse equipment for the facility and also have the facility constructed. After construction began, the cultivator notified Clearspan (and the sub-contractor) of numerous defects in the facility that were impeding cultivation efforts, and after Clearspan allegedly fixed only one defect, the cultivator sued for breach of the agreements and claimed lost profits due to the inability to cultivate cannabis, in the amount of $5.4 million. While Clearspan moved to dismiss the claims on the basis that the cultivator waived any contractual right to consequential damages, the District Court raised the issue of the illegality of the contracts under federal law sua sponte at oral argument. After supplemental briefing on the issue, the Court held that “awarding Plaintiff damages for lost profits [for the sale of cannabis] would require the Court to compel Defendants to violate the [CSA…and] provides an independent basis to dismiss Plaintiff’s lost profits claim in addition to” the issue of waiver, and other merits issues.  Id. at *11-12.

And in Ricatto v. M3 Innovations Unlimited, Inc., No. 18 CIV. 8404 (KPF), 2019 WL 6681558 (S.D.N.Y. Dec. 6, 2019), Ricato (an investor) and M3 (the intended cannabis operator and licensee) entered into an agreement to purchase a plot of land in California for M3 to develop as a cannabis processing facility. The investor sued to enforce the investment instrument, and M3 moved to dismiss. The court granted M3’s motion to dismiss on other grounds but noted that “it is not readily apparent to the Court that it could [even] enforce such a contract [as] ‘[m]arijuana remains illegal under federal law, even in those states in which medical marijuana has been legalized,’” such as California. Id. at *5, n.4.

Ricatto v. M3 Innovations Unlimited, Inc.However, under some circumstances a federal court may enforce a cannabis contract. In Mann v. Gullickson, Mann loaned Gullickson money to be used in a cannabis-related business. The agreement was governed by California law. When Gullickson defaulted on the promissory note, Mann sued for breach of contract. Gullickson asserted that the contract was illegal under federal law and moved for summary judgment. In an order denying Gullickson’s motion, the court said that “even where contracts concern illegal objects, where it is possible for a court to enforce a contract in a way that does not require illegal conduct, the court is not barred from according such relief.” 2016 WL 6473215, at *7.

Federal courts are wary of parties seeking the enforcement of cannabis contracts. If there is any possibility that the issuance of a court order enforcing the contract would result in a party violating the CSA, federal courts are likely to deny relief.

At the state level, legislatures in some states that have legalized cannabis for adult use have enacted laws to protect the enforceability of cannabis contracts. These statutes specifically exempt commercial cannabis activities from general laws voiding contracts that are in furtherance of illegal activities. Examples of these state laws include:

Massachusetts: In December 2016, Massachusetts enacted a statute providing that “[c]ontracts pertaining to marijuana enforceable” and providing that contracts entered into by cannabis licensees or their agents, or by landlords of cannabis licensees, “shall not be unenforceable or void exclusively because the actions or conduct permitted pursuant to the license is prohibited by federal law.” (Mass. Gen. Laws ch. 94G, § 10)

California: In January 2019, California enacted a statute providing that “commercial activity relating to medicinal cannabis or adult-use cannabis conducted in compliance with California law and any applicable local standards, requirements, and regulations” shall be deemed the lawful object of a contract and not contrary to law or against public policy, notwithstanding any law that requires all contracts have a “lawful object” under state or federal law. (Cal. Civil Code § 1550.5)

Nevada: In 2016, a ballot initiative was passed in Nevada, which was then codified under state law, declaring “[i]t is the public policy of the People of the State of Nevada that contracts related to the operation of marijuana establishments under this chapter should be enforceable,” and that such contracts “shall not be deemed unenforceable on the basis that the actions or conduct permitted pursuant to the license are prohibited by federal law.” (N.R.S. § 678B.610).

However, many states that have legalized cannabis do not have statutes exempting contracts relating to cannabis activities from the illegality defense.

Notwithstanding the uncertainty and inherent risks caused by the conflict between federal and state law, there are certain steps parties entering into commercial cannabis agreements can take to protect their contractual rights, including:

Notwithstanding expanding legalization at the state level, and general federal tolerance of the state-legal cannabis industry, federal courts remain a dangerous place for cannabis companies. If possible, cannabis companies should specify state court (or arbitration) for resolution of disputes in their contracts, and they should choose a state law that expressly excludes cannabis contracts from the illegality doctrine.