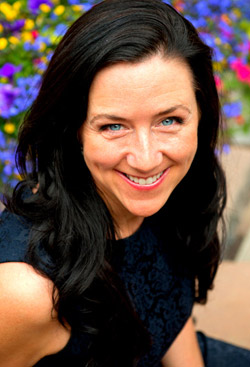 I rolled up my sleeve and turned my hand palm up. The doctor placed a medieval looking torture device, 18 needles loaded with potential allergic venom right onto my little kid arm. Then, BAM – shot it right into me. Then we waited to see what, if anything, would happen. Would one of those spots react? Would we see some swelling? Where the hell was my lollipop? Hopefully we wouldn’t discover that I was allergic to sugar.

Okay, so maybe that description is a bit dramatic. I do hope that allergy testing protocol has improved over the decades.

Do you have allergies? Is there a certain time of year that makes you sneeze up a storm, your eyes water and you wonder when the pollen is going to ease up?

In America alone, there are 15 million+ people with food allergies.

Here are the most common culprits in the world of food allergies:

Be aware, even if these items are not an ingredient in what you are producing- cross contact (the transferring of allergens from one food to another food) can create reactions as well.

Here are a few of the mild symptoms:

Here are some of the severe allergic reactions:

Management and kitchen staff must be thoroughly trained regarding the dangers of food allergens and cross contact. Food safety training can help prevent your customers or patients from having a food-allergic reaction, which can lead to a medical emergency.

Here is a document, developed by the Food Allergy Research and Resource Program (FARRP) and the University of Nebraska, that shares details about how to create a manufacturing plan to ensure safe production with a focus on reducing potential allergic reactions.

In the cannabis industry, I know we are committed to contributing to people’s wellness. And when we produce infused products, ensuring that your patients receive a wholesome product is essential.

Here’s to your team increasing their knowledge, creating the best products and your thriving success with raving (hiveless) fans! 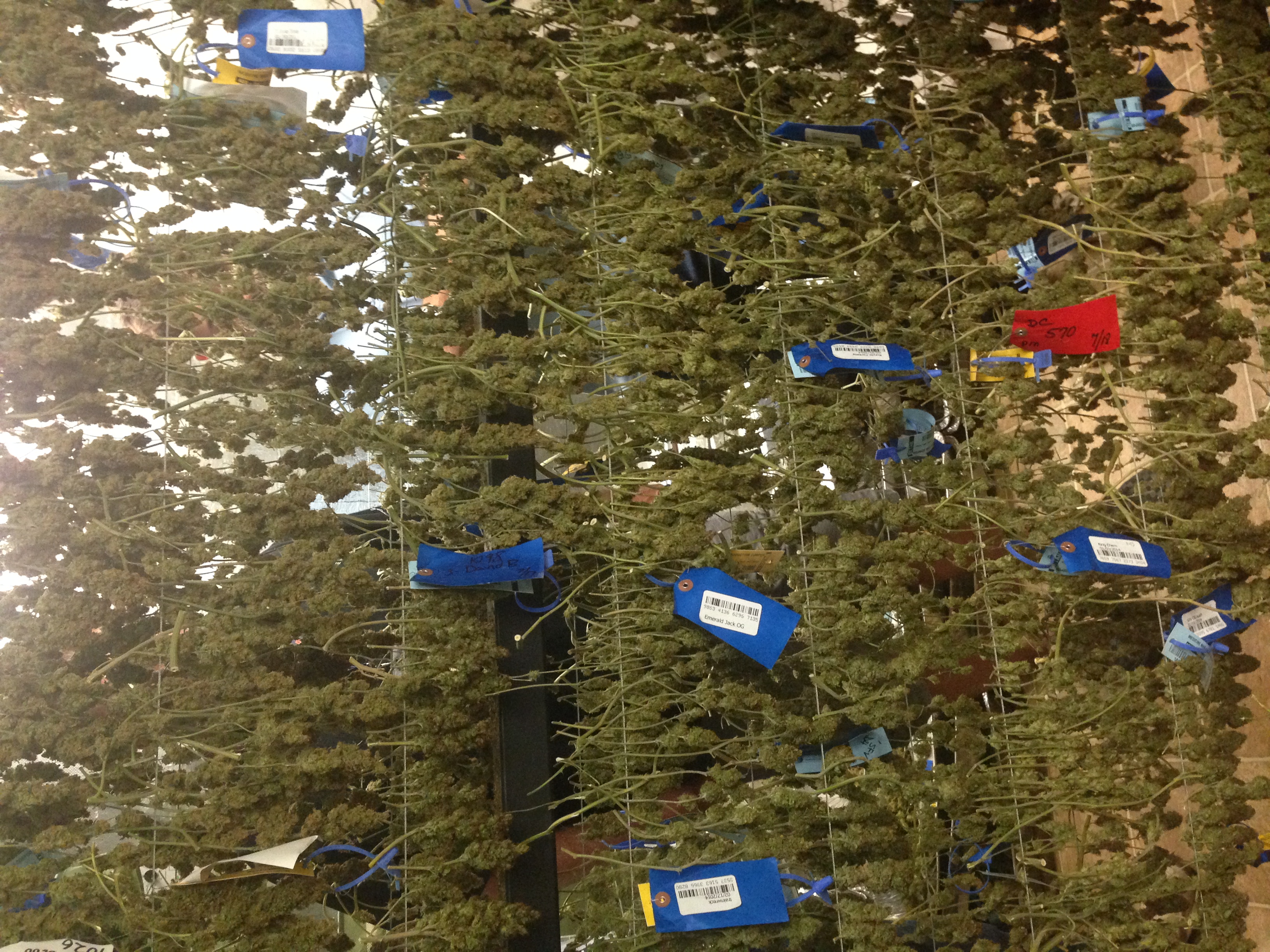 A lot has changed since last year’s article, “Marijuana Edibles: A Regulatory Nightmare.” Marijuana has since catapulted into mainstream thinking via activism, state decriminalization, and medical reforms while investors and banks are beginning to trust the market more, further legitimizing the nascent industry. According to an article from the Washington Post, Colorado’s legal marijuana industry reached $700 million in 2014 and is expected to grow to $1 billion by 2016.

Innovators are beginning to analyze trends on a national level, looking toward federal rescheduling of the drug as a catalyst for more state reforms and wider legalization measures. Federal legalization is in the back of many minds, as the introduction of pivotal state and federal legislative reforms promises more access to banking services, medical research, and more state independence.

While a black market mentality remains prevalent, widespread state reforms, increased venture capital investment, and further legitimization of an industry with less barriers of entry have fostered a perceived reduction in risk. States like Oregon, Washington, and Colorado that have already legalized marijuana for recreational and medical sales are beginning to implement strict packaging rules, requirements for traceability, QA programs, testing and laboratory monitoring requirements, and other regulations that would suggest FDA oversight down the road.

State regulatory bodies such as the Colorado Marijuana Enforcement Division (MED) have matured and expanded their oversight to include certifications and requirements for lab testing and analysis. Marijuana testing facilities can now be certified by the MED to test for residual solvents, poisons or toxins, harmful chemicals, dangerous molds, mildew or filth, harmful microbials such as E. coli or Salmonella, pesticides, and THC levels and Cannabinoid potency.

According to an article from theCannabist.com, edible marijuana took 45% of the market share in 2014 and continues to grow, proving that food manufacturers and processors will gain a bigger share of the market.

BioTrackTHC develops a seed-to-sale traceability system that is the state-mandated reporting system used by any business that touches the plant in compliance with Washington’s i502 regulations (The company also won the contract bid for New Mexico’s and New York’s state-run traceability systems). “From day one, all retail products under i502, including infused edibles, must have laboratory-submitted passing test results and data in the traceability system before it can be unlocked for shipment to retailers,” says Patrick Vo, CEO of BioTrackTHC.

Regulations, especially those addressing traceability, are crucial for advancing the industry and fighting the black market, performing recalls, and improving product quality and safety. Vo adds, “As more states adopt a centralized traceability system, food safety will improve as we see the industry grow.”

“Most of the marijuana edibles producers we advise are working comfortably within their state health department regulations versus a year ago when they were struggling to implement routine compliance,” says Stephen Goldner, CEO of Regulatory Affairs Associates.  “But there is a long way to go to make this new marketplace meet the standards routinely met by US food producers in other markets such as nutritional supplements and medical foods.”

Many edible producers are sadly mistaken to ignore FDA labeling and production regulations just because the producer only ships within their own state, according to Goldner. “Whenever FDA has found label or food safety violations of products, whether they are food, drugs or any other product, it has always acted quickly to seize the product, inspect the producer and insist that violative labeling or production practices be remedied,” he says, adding that it won’t be surprising to see FDA start to “seize marijuana-infused food products that make drug claims, especially from the leading current producers” as a way for the agency to insert itself into the inspection and compliance process. “These companies need to have FDA food GMP’s solidly in place and properly documented,” says Goldner.

“Those who have experienced the most consistent and long term success in this industry are those who play above board, those who take the extra effort and make the investment in effort, time, and money to treat their business as if it was already federally legal and had to adhere to standards that other industries must follow,” says Vo. He agrees with the view held by many that long term planning is vital in this industry. “Those who have implemented best practices, QA programs, and traceability software will succeed in the long run, and the bad actors will eventually, by their own poor practices, be filtered out by regulatory and market forces.”

In the near future, the industry will look to other states in regulatory experiments on opposite sides of the spectrum. “New York, which legalized medical marijuana in 2014, is handing out 5 licenses to operate 4 dispensaries each, and allowing licensees to have a grow facility to supply their respective dispensaries. The Commissioner of the New York State Department of Health will have authority on licensing, testing, and medical requirements for patients seeking treatment with medical marijuana,” says R. David Marquez, who operates a Long Island law firm focusing on the cannabis industry.

New York is implementing very strict rules regarding cultivating and processing the plant. California, on the other side of the spectrum, already operates a somewhat loosely regulated medical marijuana market and has been doing so since 1996. The bill to legalize marijuana recreationally in the state is widely expected to pass vote and be implemented in 2016. This would open up an enormous market potential and contribute to the growth of the industry on a national level.

Because marijuana edibles are theoretically both a food and a drug, it is only appropriate that the FDA should look to regulate the industry in the future. In the meantime “Those who have invested the time and money in staying compliant now will be far ahead of the game tomorrow,” says Patrick Vo, who is looking toward federal legalization.

It seems that manufacturers and processors at the forefront of quality and safety testing will succeed in the long run.

Footnote: This is a regulatory update on the cannabis industry with an emphasis on edible marijuana. CannabisIndustryJournal.com, the newest publication, will be launched in September of this year. CannabisIndustryJournal.com will educate the marketplace covering news, technology, business trends, safety, quality, and the regulatory environment, aiding in the advancement of an informed and safe market for the global cannabis industry. Stay tuned for more!