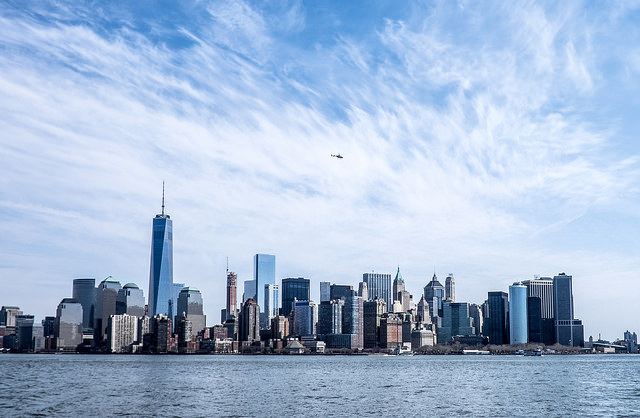 The New York State Health Department announced last week a series of changes in their medical cannabis program that is expected to increase patient access in more rural parts of the state. The news comes after reports earlier this month highlighting the lackluster state of the market.

The press release announces that the state’s Health Department will add chronic pain as a qualifying condition, effective March 22nd. That rule change came after the Health Department’s two-year report, which recommended conducting a review of evidence for using medical cannabis to treat patients suffering from chronic pain.

In addition to that, physician assistants may now register with the Health Department to certify patients for medical cannabis, given the supervising physician is registered as well. In November of last year, the Health Department announced they would allow nurse practitioners to certify patients. By increasing the number of eligible practitioners, the state hopes to improve patient access across the state, and particularly in rural areas where there are fewer physicians. “Improving patient access to medical marijuana continues to be one of our top priorities, as it has been since the launch of the program,” says Health Commissioner Dr. Howard A. Zucker. “These key enhancements further that goal. Medical marijuana is already making a difference for patients across New York State, and we are constantly evaluating the program to see how we can make it better.”

Speaking with The Buffalo News earlier this month, Ari Hoffnung, president of Vireo Health of New York told reporters that companies are having a hard time getting by in New York’s cannabis industry. “Our company is not close to break-even yet,” says Hoffnung. “And based on my understanding, no one has made a dime here in New York.’’ It is possible that the recent move by the Health Department could increase the size of the market, according to Matt Karnes, founder and managing partner of GreenWave Advisors, based in New York City. “Expanding the list of qualifying conditions to include chronic pain and to allow for nurse practitioners to make a recommendation will serve to jumpstart the fledgling medical marijuana market in New York State,” says Karnes. “Assuming similar chronic pain conditions apply to New York as is the case in other states, we could expect a large increase in the total number of patients.”

At this time, it is unclear exactly how the new regulations will affect the market size, but they can undoubtedly benefit patients seeking medical treatment. Dr. Scott Gottlieb, board-certified anesthesiologist and pain management specialist from Pearl River, New York, is optimistic this will help more patients get the treatment they need. “Having chronic pain added as a diagnosis is tremendously helpful,” says Dr. Gottlieb. “There are a lot of patients that don’t meet the current criteria for a qualifying condition and this will be very beneficial for them.” From his own experience, Dr. Gottlieb says he has found cannabis to be helpful in treating neuropathy (nerve-related pain.) “As a pain management physician we have a large population of patients with recent spinal cord surgery that do require continuous medications,” says Dr. Gottlieb. “It will be nice to have another option as a feasible medical treatment.” 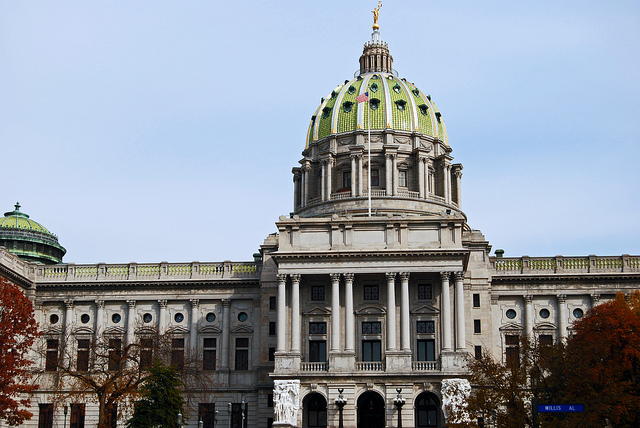 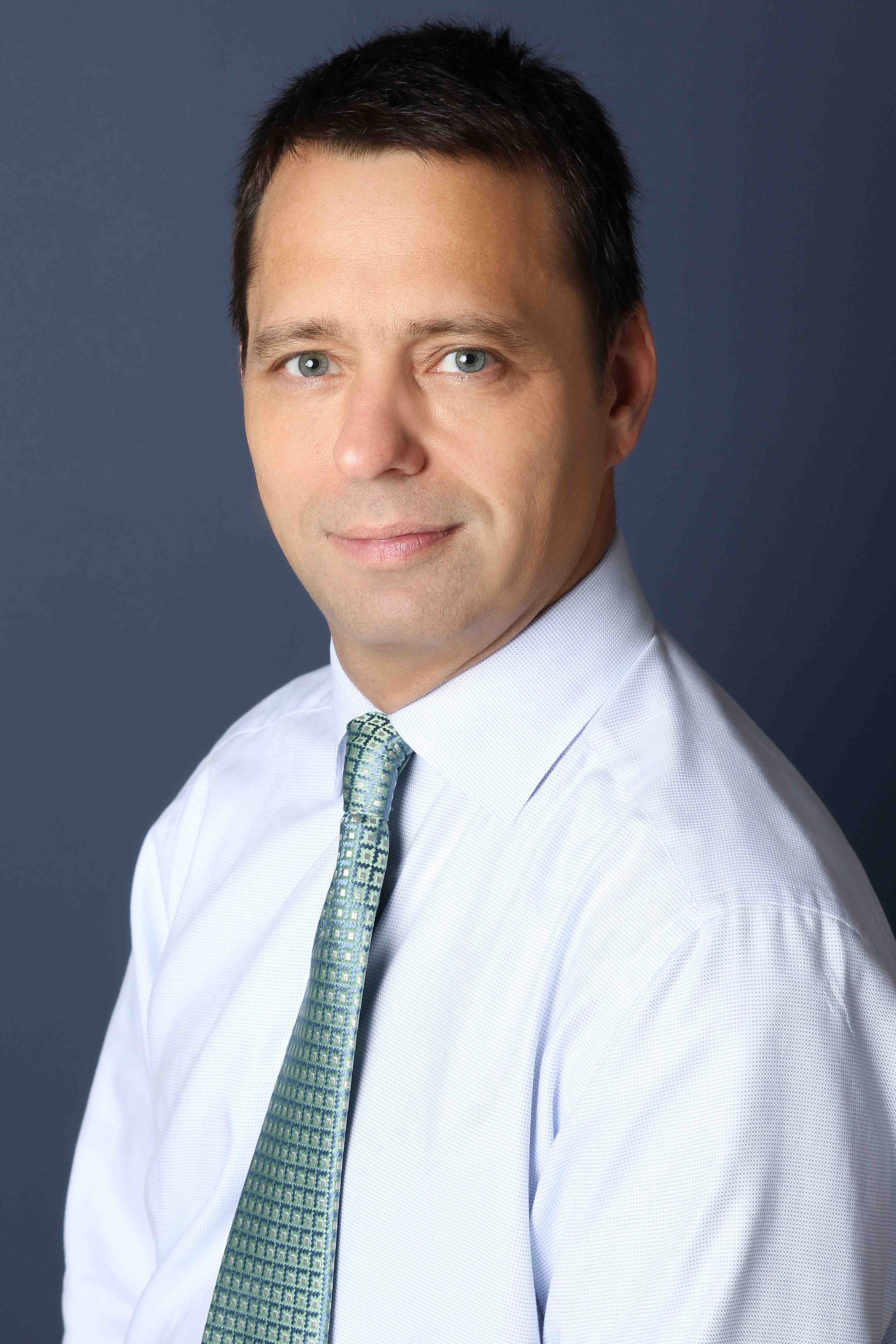 The overall growth in the United States legal marijuana industry is substantial and will be fueled by the implementation of additional legalized markets across the country as momentum continues in favor of changes to existing federal laws. However, based upon our analysis, we believe that investors may call attention to the inherent evolution of consumer spending preferences in a dual marketplace, as the easing of recreational use restrictions has disrupted the growth rate of the presently constituted medical marijuana market. That said, we believe that the medicinal use market will recalibrate when the pipeline of new, more targeted medications become available and as the medical profession gains more comfort in pushing a marijuana treatment rather than a patient having to pull a recommendation from a doctor.

Until that time, the success of a state regulated marijuana program will be largely dependent upon the active participation of the medical community and there is a ways to go, even in those markets that do not coexist with recreational use. Why are doctors so resistant to recommend marijuana? For one reason, there has been no real incentive to participate in a state regulated marijuana program and secondly, the standard protocols for prescribing FDA approved medications have not been proven ineffective (which would lead to an alternative treatment). Also, most doctors are not comfortable recommending a schedule 1 substance (illegal at the federal level) for treatment.  Some states have been more proactive than others in establishing educational programs but as we note there is a long way to go in getting more active participation.

In the 23 legal marijuana markets and DC there are about 453,000 licensed physicians. If we look at just those states where a doctor registration is required, the percentage to total state licensed physicians is a mere 2%, clearly a very low percentage relative to the full population of licensed practitioners. As more adult use markets are implemented, we would expect these numbers to decrease even further.

California has enjoyed legal medical marijuana for almost two decades, giving the state one of the greatest head starts in the industry. States like Colorado, Washington, and Oregon have since legalized recreational use for adults and passed legislation providing for state regulation of the industry.

For the past two decades, California’s medical marijuana market lacked strict, enforceable regulations, allowing for a black-market-mentality to remain prevalent.

However, that could all change with a 2016 ballot initiative that would legalize recreational use for adults along with more regulations for medical marijuana. I have noticed a schism developing in the cannabis industry, with some clamoring for more regulations to ensure safety and traceability, and others fearing over-regulation and big business involvement.

In the interest of advancing legalization efforts nationwide with mainstream acceptance, I think regulations that address traceability, testing, and safety are important to jettison the cannabis industry into a legitimate spotlight.

Since Deputy Attorney General James Cole issued a memorandum on Guidance Regarding Marijuana Enforcement, known as the Cole Memo, in 2013 on behalf of the U.S. Department of Justice, federal priorities have moved away from clashing with legal state marijuana markets, giving a sense of security to those established in the industry. California is the world’s eighth largest economy, just behind Brazil with a GDP of more than $2 trillion, and the cannabis industry can benefit greatly from the passing of the 2016 ballot initiative.

Colloquially known as the “Wolf of Weed Street”, Jason Spatafora, founder of MarijuanaStocks.com and CEO of FBEC Worldwide, Inc. believes that the marijuana market in California could be on par with the tech boom. “Previously, California’s medical marijuana laws might as well have been recreational, but as the state introduces new legislation we will see heavy expansion with companies getting into the recreational market, leading to increasing growth and production, which requires ancillary businesses to support that growth,” he says.

“It is not just the private market that will benefit, the public sector will soon be on par with Colorado when tax revenue begins to grow,” says Spatafora. “California is the most populated state in the country, [and] new legislation will really change the landscape of the cannabis market.”

Matt Karnes, founder and managing partner of GreenWave Advisors, LLC, believes that while implementation of new rules would not go into effect until 2018, the process will be facilitated by existing infrastructure expected to be established for medical marijuana. “We are conservative in our estimates for 2016 and expect that California’s legal medical marijuana market will grow 15% to approximately $2 billion from the 2015 estimate of $1.8 billion,” says Karnes.

According to Karnes’ figures, we can expect both markets to grow considerably over the next five years, leading to a $7.61 billion total marijuana industry in California by 2020.