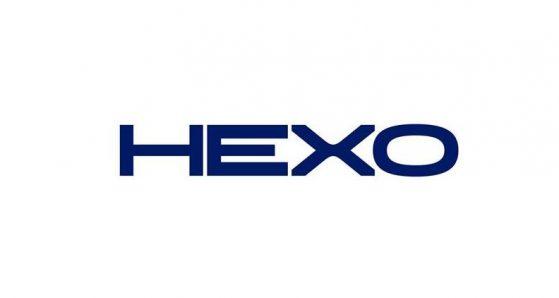 For the second time this year, a Canadian public cannabis company with interests far outside the country, has fessed up to unlicensed growing.

This time it is Hexo, a company with many issues floating since this summer’s bombshell disclosures about CannTrust.

Interestingly, of course, the company claims that it also only discovered the area on July 30 – after the acquisition of Newstrike Brands closed. And while cultivation was also immediately stopped in so-called “Block B”, this also raises many other questions – including about the level of due diligence – no matter the cannabis – in the room leading up to the purchase in the first place. That includes not just both companies on each side of the deal, but, as the Canadian press has also been quick to point out – the regulators themselves.

Beyond a similar window of timing with the sorry events of the summer on the CannTrust front, this decision also comes at a time when the beleaguered Hexo is closing the facility in question in an effort to contain costs. Nonetheless, the convenient timing and slap-on-the-wrist attitude from the regulators for this kind of “self-reporting,” is one thing. That this lenient response from regulators (CA$77 million in destroyed CannTrust product notwithstanding) has now happened twice in a row since summer, has led many to wonder what the regulators are doing when not being tipped off by whistle-blowers and company accountants about the inevitable.

In truth, coming as it does more or less on the anniversary of the first year of recreational reform and massive changes afoot in Europe, such realities should not be surprising.

Planes that are built as they are hurtling down the runway, to paraphrase a frustrated Canadian regulator last summer, tend to have a few bits that clank down to the tarmac upon wheels up. Assuming of course, that things do not just come completely unbolted at point of airborne lift.

There is no chance that this craft however, will be allowed to return to the barn, let alone land. There is too much at stake – economically, politically and medically, truth be told.

This cannabis horse has now left this territory.

And in its wake? The inevitable aftermath of a market that, while certainly deserving kudos in managing to create itself in the first place, needs time to iron out the kinks.

What Does This Mean For The Canadian Market Going Global?

With higher standards in Europe, none of this news about Hexo flies particularly well abroad. Why fight for the market entry rights of foreigners, in other words, who don’t even seem to care, much less respect domestic regulations in their own country?

So in truth, even though it is far too early to count some of the largest companies in the room out (see Canopy’s recent canna coups in Luxembourg), many of “The Canadians” – as Hexo is of course inevitably also tagged, who made the first enters since 2017, and “have all the money,” may in truth be struggling to maintain market share, if not control of their brands.

As many on the ground in Europe are indeed asking now, if large Canadian companies who are also public, cannot even meet Canadian standards, and lightly slapped on the wrist when caught, why trust the product?

The good news? The cannabis industry has proved it is resilient, if not exactly made of Teflon.

Hexo has gotten its issues out of the way for now – escaping censure apparently on a technicality and self-reporting.

However, as Canada now enters its second year of the recreational market and the seeds of not only deeper medical reform but recreational too are playing increasingly loudly in Europe, there are clearly new “shoots” in the room. And as the world prepares to say good bye to 2019, it is also clear that, especially given recent rumbles about the readiness of the Canadian market for international prime time, the dawning of 2020 will certainly begin to answer the many questions now certainly on the cannabis table abroad.

There may be heads who roll, in other words, but the show is rolling on.