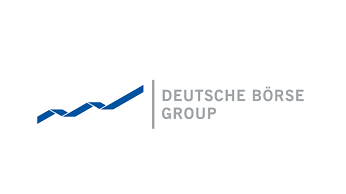 Two reports published by short selling stock firm Quintessential Capital Management and forensic investor research firm Hindenburg Research on December 3, charges that Canadian LP Aphria, has bought overinflated assets in Latin America and in Florida from shell companies owned by company insiders. Added to the lingering controversy is the purchase of the German Nuuvera this spring (a company also partly owned by Aphria brass), and the reports went over like a bombshell. Globally.

However, the story has already spread far beyond one company. And the response in the market has rocked the industry for most of December.

Aphria’s shares tanked, and dragged everyone down with them. Several class action law firms in the United States began promptly looking for aggrieved shareholders.

The response by the firm? A promise of an immediate line-by-line rebuttal, due out in the second week of December. So far, however, despite news of an additional Aphria purchase in Paraguay, the rebuttal report has not been issued.

Why Is This So Damaging? Or Is It?

Aphria’s stocks promptly took a dive that halved their value although they began to recover after Aphria management appointed an independent third party firm to review the claims.

Worse, however, the entire industry saw a hit too. This report affected investor confidence across the industry. And although the hit appears to be temporary, the unfolding scenario is a perfect example of why volatility in the market is scaring away not only more conservative female retail investors but larger institutional ones that the industry is now courting assiduously as medical cannabis begins to be integrated into health systems particularly in Europe.

Bottom line? As the big cannabis companies are listing on the larger, foreign exchanges, including the NYSE and Deutsche Börse, the scrutiny is getting more direct and granular.Despite the stratospheric market caps of all the major Canadian LPs in particular, not to mention enormous expenditures for the last several years (on property and other acquisitions), the revenue picture, as other stock analysts and publications such as the normally neutral Motley Fool recently pointed out, at least so far does not justify the same. Bulk sales to a hospital, establishing a cultivation or processing facility or even getting import licenses may set one up to do business however, but it is not an automatic route to ongoing and expanding sales. And that is the key to high valuations that are rock solid and beyond the scope of such allegations.

For the moment, that pressure, particularly in global medical markets, is falling first on patients if not doctors. Not the industry.

That said, this has been a major building year. Recreational cannabis has just become legal in Canada. And in Europe, reform is still in the process of happening.

It is also a charge if not frustration that has been growing, however, against all the public cannabis companies as valuations shoot into the stratosphere. Forensic and investigative firms, particularly in Europe and the United States have been focusing on the industry for close to a year now. As a result even when firms successfully rebut charges of fraud, they are looking at different valuations from analysts at least in the short term.

Bottom line? As the big cannabis companies are listing on the larger, foreign exchanges, including the NYSE and Deutsche Börse, the scrutiny is getting more direct and granular.

For all of the focus on short seller reports in this industry, however, no matter the accuracy of some of their claims, here is the next issue:

Short sellers make money by betting against not only individual firms but the industry itself. They benefit financially in other words, from volatility in the market and arbitraging even small changes in price. Even if their reports cause the same.

Such reports as a result are also not “unbiased” as industry coverage in the press is supposed to be, no matter how much more time sometimes goes into the reporting and preparation of the same.

And no matter that this industry is now going into its fifth year, there is still lingering scepticism that, in the case of Aphria, has so far not only fallen on the individual firm in question, but then rebounds across the industry, unfairly hurting all firms in this space.