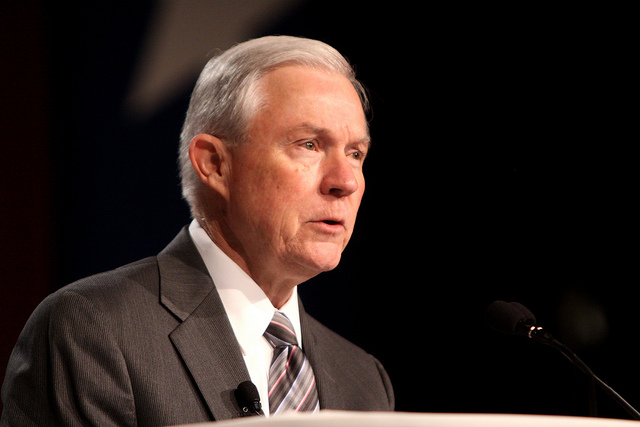 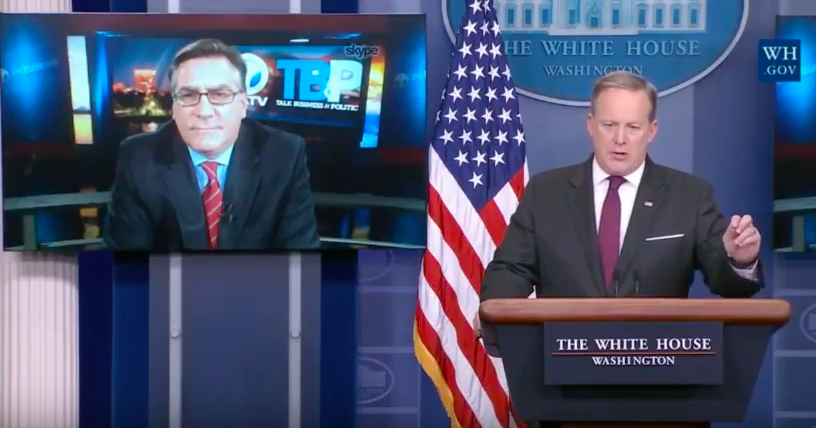 During a press conference on Thursday, February 23rd, White House press secretary Sean Spicer made a number of comments hinting at the Trump administration’s stance on legal cannabis. He identified a clear distinction that he makes between medical and recreational cannabis laws, while mentioning President Trump’s previous statements on medical cannabis. Roby Brock, a journalist at Arkansas news website Talk Business & Politics, asked a question about the state and federal conflict in cannabis laws. “The Obama administration chose not to strictly enforce those federal marijuana laws,” says Brock. “My question to you is with Jeff Sessions over at the Department of Justice as AG, what is going to be the Trump administration’s position on marijuana legalization where it is in a state-federal conflict like this?”

Sean Spicer replied with more of the same of his previous statements regarding the Trump administration’s stance on cannabis legalization. “There are two distinct issues here: medical marijuana and recreational marijuana,” says Spicer. “I think medical marijuana- I’ve said before that the president understands the pain and suffering that many people go through, who are facing especially terminal diseases and the comfort that some of these drugs, including medical marijuana, can bring to them. And that’s one that congress, through a rider in 2011, I think put in the appropriations bill saying the Department of Justice wouldn’t be funded to go after them.” The rider in the appropriations bill he is referring to is the Rohrabacher–Farr amendment that became law in December of 2014, but must be renewed each fiscal year. That piece of legislation provides for exactly what he said- preventing the Justice Department from using funds for activity that might interfere with state’s legal medical cannabis programs. Regarding the actual conflict between federal and state laws, Spicer said “I do believe you will see greater enforcement of it,” referring to the Department of Justice enforcing the Controlled Substances Act.

Spicer went on to make some questionably ill-informed remarks, including linking recreational cannabis use to the opioid crisis. “There is a big difference between that [medical marijuana] and recreational marijuana,” says Spicer. “And I think that when you see something like the opioid addiction crisis blossoming in so many states around this country, the last thing we should be doing is encouraging people- there is still a federal law that we need to abide by… When it comes to recreational marijuana and other drugs of that nature.” Though those comments are unclear, it could suggest that Mr. Spicer believes in a possible link between recreational cannabis use and the opioid crisis, or at least grouping them in the same category. While there is not much evidence suggesting of the link he is referring to, a study published in 2014 in JAMA Internal Medicine, a peer-reviewed medical journal published by the American Medical Association, suggests a possible link between medical cannabis laws and the decrease in opioid overdoses.

Spicer continued to emphasize his distinction between medical and recreational use of cannabis. “I think there is a big difference between medical marijuana, which states where it is allowed, in accordance with the appropriations rider, have set forth a process to administer and regulate that usage versus recreational marijuana, and that is a very very different subject,” says Spicer. National Cannabis Industry Association executive director Aaron Smith issued a statement regarding Spicer’s comments.

“It would be a mistake for the Department of Justice to overthrow the will of the voters and state governments who have created carefully regulated adult-use marijuana programs,” says Smith. “It would represent a rejection of the values of economic growth, limited government, and respect for federalism that Republicans claim to embrace.” Smith says he was very disappointed when he heard press secretary Spicer relate cannabis to opioid addiction. “Science has discredited the idea that marijuana serves as any kind of gateway drug, and the addiction and death rates associated with opioids simply do not occur in any way with cannabis,” says Smith. In October 2016, NCIA published a report identifying cannabis as a possible solution to the opioid crisis.

Isaac Dietrich, chief executive officer of MassRoots, a social networking platform for medical cannabis, sees Spicer’s words having a direct impact on his business. “I have a feeling our stock is going to take a beating tomorrow, but that just creates an opportunity for investors who believe in the long-term trajectory of the cannabis market,” says Dietrich. He goes on to directly refute Spicer’s statements. “Colorado is one of the only states in the nation that is seeing a decline in opioid deaths — that’s not a coincidence,” says Dietrich. “Cannabis is a healthy alternative to pain pills and heroin, not a gateway to it.”

Press secretary Sean Spicer did not allow a reporter present at the press conference to ask a follow up question on the matter.