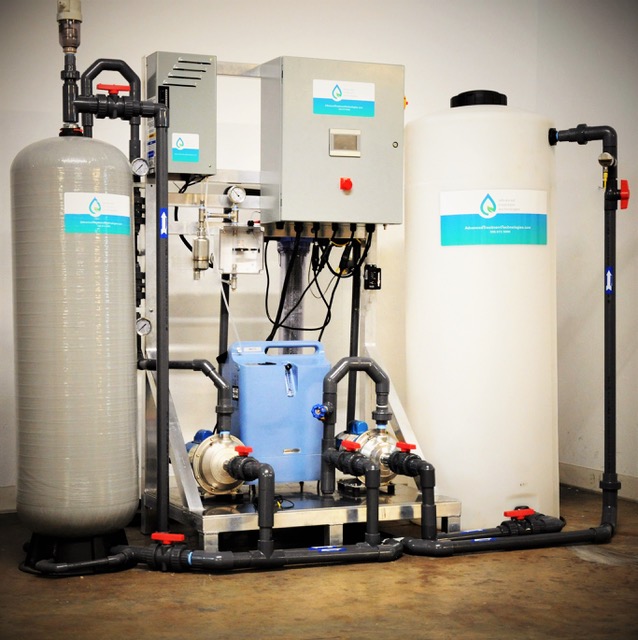 Oxygen plays an integral role in plant photosynthesis, respiration and transpiration. Photosynthesis requires water from the roots making its way up the plant via capillary action, which is where oxygen’s job comes in. For both water and nutrient uptake, oxygen levels at the root tips and hairs is a controlling input. A plant converts sugar from photosynthesis to ATP in the respiration process, where oxygen is delivered from the root system to the leaf and plays a direct role in the process.

Charlie Hayes has a degree in biochemistry and spent the past 17 years researching and designing water treatment processes to improve plant health. Hayes is a biochemist and owner of Advanced Treatment Technologies, a water treatment solutions provider. In a presentation at the CannaGrow conference, Hayes discussed the various benefits of dissolved oxygen throughout the cultivation process. We sat down with Hayes to learn about the science behind improving cannabis plant production via dissolved oxygen.

In transpiration, water evaporates from a plant’s leaves via the stomata and creates a ‘transpirational pull,’ drawing water, oxygen and nutrients from the soil or other growing medium. That process helps cool the plant down, changes osmotic pressure in cells and enables a flow of water and nutrients up from the root system, according to Hayes.

Roots in an oxygen-rich environment can absorb nutrients more effectively. “The metabolic energy required for nutrient uptake come from root respiration using oxygen,” says Hayes. “Using high levels of oxygen can ensure more root mass, more fine root hairs and healthy root tips.” A majority of water in the plant is taken up by the fine root hairs and requires a lot of energy, and thus oxygen, to produce new cells.

So what happens if you don’t have enough oxygen in your root system? Hayes says that can reduce water and nutrient uptake, reduce root and overall plant growth, induce wilting (even outside of heat stress) in heat stress and reduce the overall photosynthesis and glucose transfer capabilities of the plant. Lower levels of dissolved oxygen also significantly reduce transpiration in the plant. Another effect that oxygen-deprived root systems can have is the production of ethylene, which can cause cells to collapse and make them more susceptible to disease. He says if you are having issues with unhealthy root systems, increasing the oxygen levels around the root system can improve root health. “Oxygen starved root tips can lead to a calcium shortage in the shoot,” says Hayes. “That calcium shortage is a common issue with a lack of oxygen, but in an oxygen-deprived environment, anaerobic organisms can attack the root system, which could present bigger problems.”

Citing research and experience from his previous work, he says that health and production improvements in cannabis plateau at the 40-45 parts-per-million (ppm) of dissolved oxygen in the root zone. But to achieve those levels, growers need to start with an even higher level of dissolved oxygen in a treatment system to deliver that 40-45 ppm to the roots. “Let’s say for example with 3 ppm of oxygen in the root tissue and 6ppm of oxygen in the surrounding soil or growing medium, higher concentrations outside of the tissue would help drive absorption for the root system membrane,” says Hayes.

Reaching that 40-45 ppm range can be difficult however and there are a couple methods of delivering dissolved oxygen. The most typical method is aeration of water using bubbling or injecting air into the water. This method has some unexpected ramifications though. Oxygen is only one of many gasses in air and those other gasses can be much more soluble in water. Paying attention to Henry’s Law is important here. Henry’s Law essentially means that the solubility of gasses is controlled by temperature, pressure and concentration. For example, Hayes says carbon dioxide is up to twenty times more soluble than oxygen. That means the longer you aerate water, the higher concentration of carbon dioxide and lower concentration of oxygen over time.

Another popular method of oxidizing water is chemically. Some growers might use hydrogen peroxide to add dissolved oxygen to a water-based solution, but that can create a certain level of phytotoxicity that could be bad for root health.

Using ozone, Hayes says, is by far the most effective method of getting dissolved oxygen in water, (because it is 12 ½ times more soluble than oxygen). But just using an ozone generator will not effectively deliver dissolved oxygen at the target levels to the root system. In order to use ozone properly, you need a treatment system that can handle a high enough concentration of ozone, mix it properly and hold it in the solution, says Hayes. “Ozone is an inherently unstable molecule, with a half-life of 15 minutes and even down to 3-5 minutes, which is when it converts to dissolved oxygen,” says Hayes. Using a patented control vessel, Hayes can use a counter-current, counter-rotational liquid vortex to mix the solution under pressure after leaving a vacuum. Their system can produce two necessary tools for growers: highly ozonized water, which can be sent through the irrigation system to effectively destroy microorganisms and resident biofilms, and water with high levels of dissolved oxygen for use in the root system.