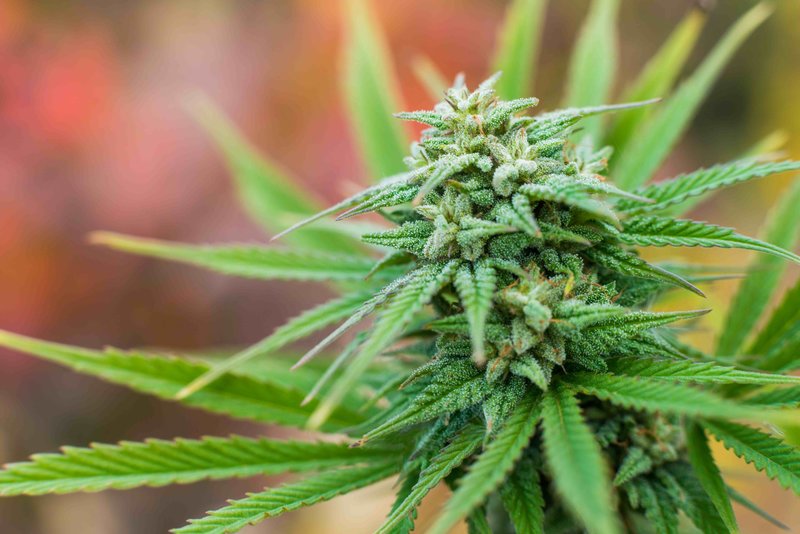 Dr. Hope Jones, chief scientific officer of C4 Laboratories, believes there are a number of opportunities for cannabis growers to scale their cultivation up with micropropagation. In her presentation at the CannaGrow conference recently, Dr. Jones discussed the applications and advantages of tissue culture techniques in cannabis growing.

Dr. Jones’ work in large-scale plant production led her to the University of Arizona Controlled Environment Agriculture Center (CEAC) where she worked to propagate a particularly difficult plant to grow- a native orchid species- using tissue culture techniques. With that experience in tissue culture, hydroponics and controlled environments, she took a position at the Kennedy Space Center working for NASA where she developed technologies and protocols to grow crops for space missions. “I started with strawberry TC [tissue culture], because of the shelf life & weight compared with potted plants, plus you can’t really ‘water’ plants in space- at least not in the traditional way,” says Dr. Jones. “Strawberries pack a lot of antioxidants. Foods high in antioxidants, I argued, could boost internal protection of astronauts from high levels of cosmic radiation that they are exposed to in space.” That research led to a focus on cancer biology and a Ph.D. in molecular & cellular biology and plant sciences, culminating in her introduction to the cannabis industry and now with C4 Labs in Arizona.

Working with tissue culture since 2003, Dr. Jones is familiar with this technology that is fairly new to cannabis, but has been around for decades now and is widely used in the horticulture industry today. For example, Phytelligence is an agricultural biotechnology company using genetic analysis and tissue culture to help food crop growers increase speed to harvest, screen for diseases, store genetic material and secure intellectual property. “Big horticulture does this very well,” says Dr. Jones. “There are many companies generating millions of clones per year.” The Department of Plant Sciences Pomology Program at the Davis campus of the University of California uses tissue culture with the Foundation Plant Services (FPS) to eliminate viruses and pathogens, while breeding unique cultivars of strawberries.

First, let’s define some terms. Tissue culture is a propagation tool where the cultivator would grow tissue or cells outside of the plant itself, commonly referred to as micropropagation. “Micropropagation produces new plants via the cloning of plant tissue samples on a very small scale, and I mean very small,” says Dr. Jones. “While the tissue used in micropropagation is small, the scale of production can be huge.” Micropropagation allows a cultivator to grow a clone from just a leaf, bud, root segment or even just a few cells collected from a mother plant, according to Dr. Jones.

The science behind growing plants from just a few cells relies on a characteristic of plant cells called totipotency. “Totipotency refers to a cell’s ability to divide and differentiate, eventually regenerating a whole new organism,” says Dr. Jones. “Plant cells are unique in that fully differentiated, specialized cells can be induced to dedifferentiate, reverting back to a ‘stem cell’-like state, capable of developing into any cell type.”

Cannabis growers already utilize the properties of totipotency in cloning, according to Dr. Jones. “When cloning from a mother plant, stem cuttings are taken from the mother, dipped into rooting hormone and two to five days later healthy roots show up,” says Dr. Jones. “That stem tissue dedifferentiates and specializes into new root cells. In this case, we humans helped the process of totipotency and dedifferentiation along using a rooting hormone to ‘steer’ the type of growth needed.” Dr. Jones is helping cannabis growers use tissue culture as a new way to generate clones, instead of or in addition to using mother plants.

With cannabis micropropagation, the same principles still apply, just on a much smaller scale and with greater precision. “In this case, very small tissue samples (called explants) are sterilized and placed into specialized media vessels containing food, nutrients, and hormones,” says Dr. Jones. “Just like with cuttings, the hormones in the TC media induce specific types of growth over time, helping to steer explant growth to form all the organs necessary to regenerate a whole new plant.”

Having existed for decades, but still so new to cannabis, tissue culture is an effective propagation tool for advanced breeders or growers looking to scale up. In the next part of this series, we will discuss some of issues with mother plants and advantages of tissue culture to consider. In Part 2 we will delve into topics like sterility, genetic reboot, viral infection and pathogen protection.