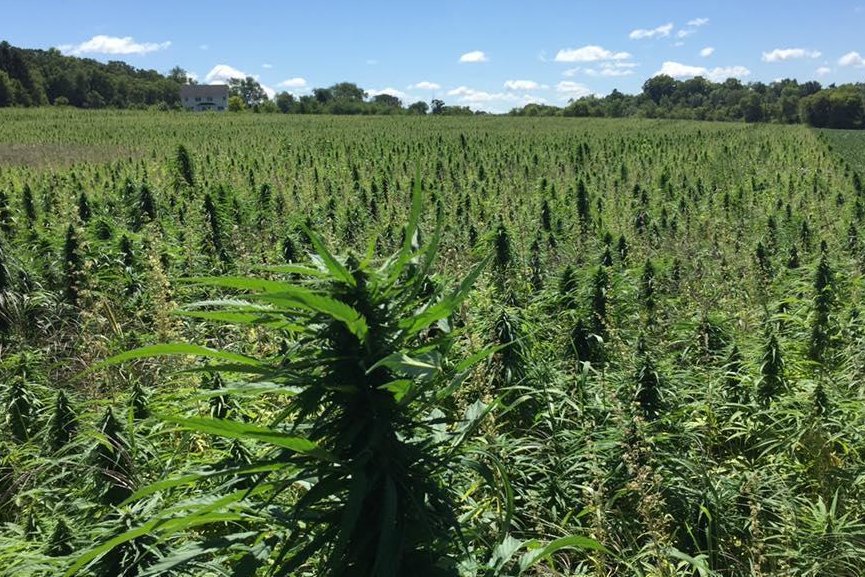 In Part 1 of this series we answered the question: What is “hemp”; and addressed some of the consequences of defining “hemp” as a thing. In Part 2, I will explore this topic in more detail and provide some commonsense definitions for several traditional hemp products based on a classification approach rather than separating “cannabis” from “hemp”.

Does making a distinction between “hemp” and “cannabis” make it easier to protect the interests of the seed and fiber markets?

On the face of it, this question seems obvious. Yes, it does.

Up to this point in history, the bifurcation of the cannabis plant into resin types and non-resin types has served to provide protections for the seed and fiber markets by making it easier for producers to operate, since the resins (the scary cannabinoids, namely d9-THC) were not involved. Today, however, the line in the sand, has been washed away, and “hemp” no longer only refers to non-resin producing varieties of the cannabis plant.

As more and more hemp marketplaces come online with varying limits for d9-THC the need for standardization becomes even more pressing. Without standardization, each marketplace will have its own requirements, forcing businesses looking to sell their products in multiple jurisdictions to comply with each region’s mandates and adds a significant level of burden to their operations.

Providing an internationally harmonized definition for hemp is an important first step but allowing the d9-THC limit to vary from jurisdiction to jurisdiction has some unintended (or intended) consequences (#NewReeferMadness). These discrepancies between legal marketplaces will inevitably lead to the establishment of global trade regions; where, if your product cannot meet the definition of “hemp” in that region, then you could effectively be barred from participating in it.

A process which has already started. Harmonizing around 0.3% is great for the US, Canada, and European Union, but what about other stakeholders outside of these markets?

Perhaps a better long-term solution for protecting the market interests of “hemp product” stakeholders would be to establish specifications, such as identity metrics, total cannabinoid content, especially d9-THC, and other quality attributes which have to be verified using test methods for a product to be classified as “hemp”. This system of standards (classifications, specifications, and test methods) would allow for more innovation and make it significantly easier for cannabis raw materials that meet these specifications to find a use rather than being sent to the landfill. Bolstering advancements and opening the door for more market acceptance of the cannabis plant, its parts, and products.

An Alternative Approach to Defining Hemp

Below are some proposed definitions related to common terminology used in the hemp marketplace based on the concept that there are no hemp plants, there are only cannabis plants that can be classified as hemp, and hemp products are simply cannabis products that meet certain specifications to allow them to be classified and represented as hemp.

I am not advocating that everyone starts selling “hemp” as “cannabis,” or vice versa, far from it. I am advocating for a more commonsense and inclusive approach to the marketplace though. One that would allow for the commercialization of materials that would normally be going to waste.

The cannabis plant is an amazing plant and to fully capitalize on the potential of this crop we have to start allowing for the commercialization of cannabis raw materials that are not controlled by the UN Single Conventions, i.e. the seeds, stalks, roots, and leaves when not accompanied by the fruiting tops or the resin glands. Not to do so disenfranchises a significant number of stakeholders from participating in established legal avenues of trade for these goods. A concept proposed and endorsed the ASTM D37 in the published standard D8245-19: Guide for Disposal of Resin-Containing Cannabis Raw Materials and Downstream Products.

If you are stakeholder in the hemp marketplace, you may feel threatened by the idea of the market getting flooded with material, but how are the demands of the so called “green economy” going to be met without access to more supply? Organic hemp seed for food production is scarce but there is plenty of conventional hemp seed for the current demand, but what happens when hempmilk is positioned to displace soymilk in every major grocery store? To feed the growth of the human population and allow for a transition to a truly “green economy,” we need to ensure that the policies that we are putting in place are not excluding those looking to participate in the industry and disenfranchising stakeholders from burgeoning marketplaces, nor alienating a segment of the marketplace simply because their plant cannot be classified as “hemp”.

The word “hemp” has many meanings. Historically the term has been used as the common name for the Cannabis sativa L. plant. Just like other plants, the cannabis plant has two names, a common name, hemp, and a scientific name, Cannabis sativa L. After the ratification of the UN Single Conventions on Narcotic Drugs and Psychotropic Substances, in 1961 and 1972 respectively, the term started to be used to distinguish between resin producing varieties of the cannabis plant and non-resin producing varieties of the cannabis plant. Nowadays the term is generally used to refer to cannabis plants with a delta-9-tetrahydrocannabinol (d9-THC), a controlled substance, content equal to or less than the maximum allowable limit defined by each marketplace.

In the United States and Canada, the limit is defined as 0.3% on a dry weight bases, and until November 2020, in the European Union, the limit was defined as 0.2%. After years of effort the “hemp” industry in Europe was successfully able to get the limit raised to 0.3% to be in line with the United States and Canada – creating the largest global trade region for hemp products. But there exist several marketplaces around the world where, either through the consequences of geographic location or more progressive regulations, the d9-THC content in the plant can be substantially higher than 0.3% and still considered “hemp” by the local authority.

To address these variances, ASTM International’s Technical Committee D37 on Cannabis has been working on a harmonized definition of hemp, or industrial hemp, depending on the authority having jurisdiction, through the efforts of its Subcommittee D37.07 on Industrial Hemp. The following is a proposed working definition:

hemp, n—a Cannabis sativa L. plant, or any part of that plant, in which the concentration of total delta-9 THC in the fruiting tops is equal to or less than the regulated maximum level as established by an authority having jurisdiction.

Discussion: The term “Industrial Hemp” is synonymous with “Hemp”.

This definition goes a long way to harmonize the various definitions of hemp from around the world, but it also defines “hemp” as a thing rather than as a classification for a type of cannabis plant or cannabis product. This is a concept rooted in the regulatory consequences of the UN Single Conventions, and one I strongly disagree with.

The definition also leaves the total d9-THC limit open-ended rather than establishing a specified limit. An issue I will address further in this series.

Can “hemp products” only come from “hemp plants”?

If you are an invested stakeholder in the traditional “hemp” marketplace, you would say, yes.

But are there such things as “hemp plants” or are there only cannabis plants that can be classified as “hemp”? (The definition for hemp clearly states that it is a cannabis plant…)

There is no distinction between the cannabinoids, seeds, and fibers derived from a cannabis plant that can be classified as “hemp” and those derived from a cannabis plant that cannot. The only difference is the word: “cannabis,” and the slew of negative connotations that come along with it. (Negative connotations that continue to be propagated subconsciously, or consciously, whenever someone says the “hemp plant” has 50,000+ uses, and counting, and will save the world because it’s so green and awesome, but not the “cannabis plant”, no that’s evil and bad, stay away! #NewReeferMadness)

What does that really mean? What are the real-world impacts of this line of thinking?

Flat out it means that if you are growing a cannabis plant with a d9-THC content above the limit for that plant or its parts to be classified as “hemp”, then the entire crop is subjected to the same rules as d9-THC itself and considered a controlled substance. This means that literal tons of usable material with no resin content whatsoever are destroyed annually rather than being utilized in a commercial application simply because a part or parts of the plant they came from did not meet the d9-THC limit.

It is well known that d9-THC content is concentrated in the glandular trichomes (resin glands) which are themselves concentrated to the fruiting tops of the plant. Once the leaves, seeds, stalks, stems, roots, etc. have been separated from the fruiting tops and/or the resin glands, then as long as these materials meet the authority having jurisdiction’s specifications for “hemp” there should be no reason why these materials could not be marketed and sold as “hemp”.

There are several reasons why a classification approach to “hemp plants” and “hemp products” makes more long-term sense than a bifurcation of the “cannabis” and “hemp” marketplaces, namely from a sustainability aspect, but also to aid in eliminating the frankly unwarranted stigma associated with the cannabis plant. #NewReeferMadness

That said, say you are a producer making shives from the stalks of cannabis plants that can be classified as “hemp” and then all of a sudden, the market opens up and tons of material from cannabis plants that cannot be classified as “hemp,” that was being sent to the landfill, become available for making shives. Would you be happy about this development? Or would you fight tooth and nail to prevent it from happening?

In this segment, we looked at the history of the term “hemp” and some of the consequences from drawing a line in the sand between “cannabis” and “hemp”. I dive deeper into this topic and provide some commonsense definitions for several traditional hemp products in Part 2 of Defining Hemp: Classifications, Policies & Markets.