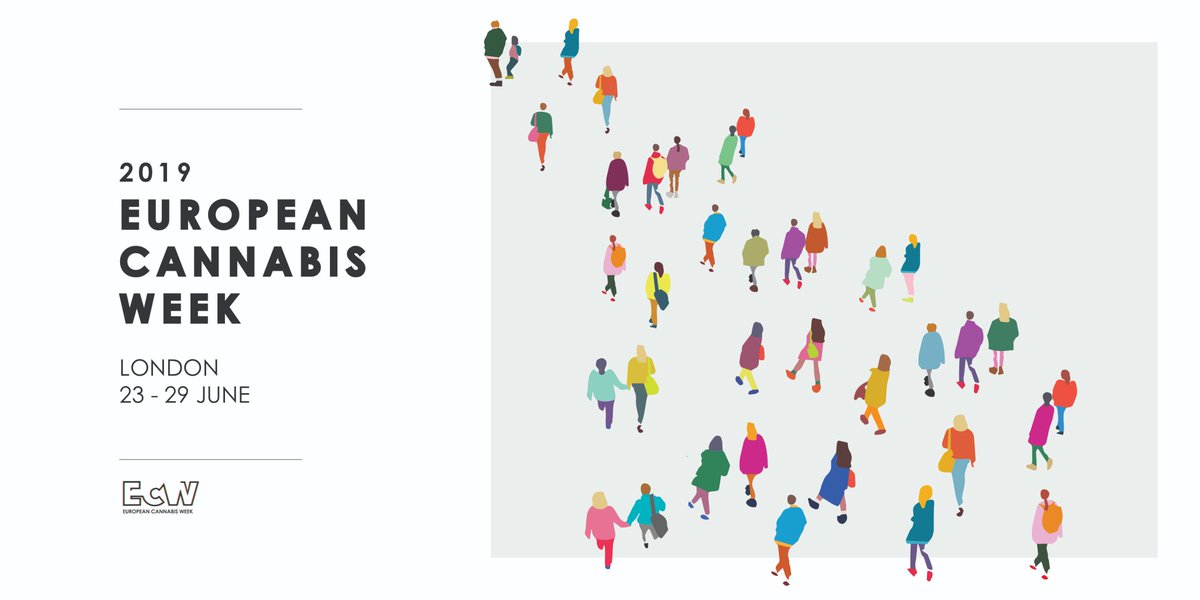 Hold your hats and book your seats! The Limeys, no matter what they are doing on Brexit, are getting organized on the cannabis front. A unique coalition of “home-grown” as well as cross-European, American and Canadian industry insiders are already making travel plans for London during the last week of June.

Unlike Trump’s recent visit to the British capital, however, they are likely to meet nothing but enthusiasm if not a growing understanding in the British populace at large that the Great Green Cannabiz Has FINALLY Landed.

Now the question is getting the entire industry mainstreamed (just on the medical side).

On the CBD “recreational” discussion, the entire enchilada is still being formed and reformed. A high-end CBD “pop up” shop opened in a ritzy part of London in January while a more crunchy CBD restaurant in the seaside town of Brighton was shuttered right as it planned to open. Just another innocent victim in all the fuss about novel food still working its way through the entire British conversation (as it is elsewhere in Europe, including most recently Germany and Italy), certainly, but hopefully one of the last.

However, for that very reason, enthusiasm is already high as organizers continue to add events even three weeks out.

What Is On The Agenda?

Check the event website for details and scheduling. There is also a lot that is not on the official website, but has clearly been organized around it. That includes a patient advocacy and policy formation gathering on Thursday being organized by the United Patients Alliance and other events not on the “official” ECW list (or website) but clearly all with the goal of networking, interacting and gaining ground (such as the internationally organizing Cannabis Tech Society).

The first two days are reserved (at least during the day) for Cannabis Europa – the “other” major European cannabis business conference that got its start in 2018 in London. Earlier this year, the event was also held to a standing room only audience in France. Organized by two of the leading cannabis consultancies in the UK who are making a clear play towards both North America and Europe- Prohibition Partners, and Hanway Associates, the event is primed to bring together those in the international industry curious about changing times and opening opportunities not only in the UK but across Europe.

The rest of the week, events are spread out across the city (and are already selling out). Of note on Wednesday is an investors conference as well as an introduction to the growing ranks of British doctors (one hopes for the future of nascent doctor training programs everywhere across Europe, without borders), even if nascent at the moment, who are joining the medical cannabis crusade.

Thursday’s planned events also include a focus on connecting women in the industry to investors – particularly of the medical kind – and MedPayRx’s third pilot to market workshop (Unveiling The Digital Prescription). It will also include a ground-breaking seminar about cannabis certification for doctors at King’s College (long known for its critical studies about the supposed connection between cannabis and a host of nasty mental illnesses and conditions starting with schizophrenia).

There is also a round of private parties, events, industry soirees and more that are invite only. However, as with most cannabis industry events, showing up and tagging along is one of the best ways to network and meet people.

It will be a busy week, for sure.The entire cannabis debate is absolutely hitting in this space in the UK in a way that it has not in other places

Why Is This Significant?

The British are finally kicking off their version of “the industry.” That said, problems abound, including of the kind seen in places like Germany, with the added whiff of further disruptions thanks to a still-pending Brexit. On the healthcare discussion at least, it is hard to find a fan of the NHS in the ranks of average cannabis patients (who are still struggling to get their numbers over 100 for the entire country six months after Schedule II prescriptions were authorized). However, it is also equally hard to find anyone in the ranks of the chronically ill at least, who would welcome a more U.S. style approach to healthcare provision – even if they can avail themselves of private healthcare coverage. That is just 10% of the population.

The entire cannabis debate is absolutely hitting in this space in the UK in a way that it has not in other places (including Germany). This is, beyond Brexit discussions, in part a testament to the creakiness of the British system, although the German one at present also leaves a lot to be desired.

Nobody wants an “American” system. And the Canadians in the room are also dealing with the problem that so far, Canadian public health insurance does not cover medical cannabis either.

Like it or not, this is also a theme that colors cannabis politics in Europe as much as the industry does not know how to channel and harness it. The Green Vest movement is certainly alive and well in the UK. Nor should it be underestimated. And that resentment at the moment also is hitting some of the biggest industry players who are the only ones allowed market entry where it counts (the regulated ones including medical).

On the CBD front, despite assurances by activists as late as last year, and certainly overflowing enthusiasm about the potential of this market, novel food still applies.

Where the conversation will certainly get interesting is the ability to distribute through online pharmacies (unlike in Germany where this is still verboten– and for all drugs, not just cannabis). But even here, don’t look for the UK to become just another Amazon outlet. New rules, including GDPR, still affect the UK and will continue to do so no matter what happens in the fall. This has to do with what is called “trusted nation” status that affects regulatory issues including pharmaceuticals but also financials (which is why the idea of the UK sailing off entirely on its own or as an American subordinate state is also ludicrous).

Not to mention of course, that supply and demand has yet to be effectively linked anywhere in Europe.

Cannatech, beyond distribution platforms, will also become more of a focus in climate change conscious Europe.

And of course, with a focus in London, there will be a much greater opportunity for both the concentration of specialty equity and the industry itself (in English) that will impact issues across the continent.

In a nutshell, in other words, the week-long events in London (held in conjunction with an equally interesting gathering now coalescing in Berlin just the weekend before) is proof positive that not only is the European cannabis industry in the middle of another seismic year, but the British and German movements are connecting, coordinating, cooperating, and driving change both at home and elsewhere across the region.

Disclaimer: European Cannabis Holdings and Prohibition Partners are sponsors of MedPayRx and a business relationship exists between them.