On December 20, President Trump signed the Agriculture Improvement Act of 2018 (the Farm Bill) into law, which included an important change to the way federal agencies regulate hemp farming and production. The Farm Bill essentially removes hemp-derived cannabidiol (CBD) from the Controlled Substances Act in states that choose to regulate it. It strips the Drug Enforcement Agency’s (DEA’s) authority from outlawing hemp and gives states the ability to regulate hemp markets on their own, with approval from the United States Department of Agriculture (USDA).

This gives the USDA the authority to regulate hemp farming, providing for things like access to banks, insurance, grants, certifications and gets rid of the need for a pilot program, which was previously the case under the 2014 Farm Bill. It also defines hemp a little better, to include cannabinoids, derivatives and extracts.

According to Aaron Smith, executive director of the National Cannabis Industry Association (NCIA), the signing of the Farm Bill is a crucial step towards full legalization. “The lifting of the federal ban on non-psychoactive hemp is a concrete sign that the ‘reefer madness’ which first led to its criminalization is finally coming to an end,” says Smith. “This Farm Bill is a step in the right direction for comprehensive cannabis policy reform and will help fuel discussions in Congress about the best ways to end federal prohibition and create a regulated national cannabis market.”

However, one particularly important caveat needs to be mentioned: The Food and Drug Administration (FDA) still retains regulatory authority over CBD products. In a statement released the same day that the Farm Bill was signed, the FDA addressed their oversight capabilities. “We’ll take enforcement action needed to protect public health against companies illegally selling cannabis and cannabis-derived products that can put consumers at risk and are being marketed in violation of the FDA’s authorities,” reads the FDA statement. “The FDA has sent warning letters in the past to companies illegally selling CBD products that claimed to prevent, diagnose, treat, or cure serious diseases, such as cancer. Some of these products were in further violation of the FD&C Act [Federal Food, Drug and Cosmetics Act] because they were marketed as dietary supplements or because they involved the addition of CBD to food.”

The Farm Bill signing opened the doors for hemp cultivation and production in the United States.What the FDA said in their statement is crucial information for those developing hemp-derived products. They recommend that companies use traditional pathways to get approval from the FDA to market their products, providing the Epidiolex example where the drug manufacturer used clinical studies to prove the drug’s efficacy.

The FDA also notes that there are circumstances “in which certain cannabis-derived compounds might be permitted in a food or dietary supplement.” That means they are exploring opportunities for companies to develop, manufacture and market legal CBD products without going through the extensive drug approval process.States need to establish programs approved by the USDA and companies need to cooperate with the FDA, taking the necessary steps to get their products and marketing approved.

In the food ingredients realm, they have already taken steps to approve hulled hemp seeds, hemp seed protein and hemp seed oil as generally recognized as safe (GRAS). “Therefore, these products can be legally marketed in human foods for these uses without food additive approval, provided they comply with all other requirements and do not make disease treatment claims,” reads the FDA statement.

The Farm Bill signing opened the doors for hemp cultivation and production in the United States. It allows farmers to access the same goods and services extended to other commodities farming, it makes conducting business easier across state lines, it will pave the way for more research into hemp as an effective medicine and helps to end the debate over hemp’s legality. But this doesn’t mean any business can just start producing and selling CBD products. States need to establish programs approved by the USDA and companies need to cooperate with the FDA, taking the necessary steps to get their products and marketing approved.

In the coming months and years, we will see which states decide to develop hemp cultivation programs and how the proliferation of hemp-derived products will evolve under FDA regulatory oversight. 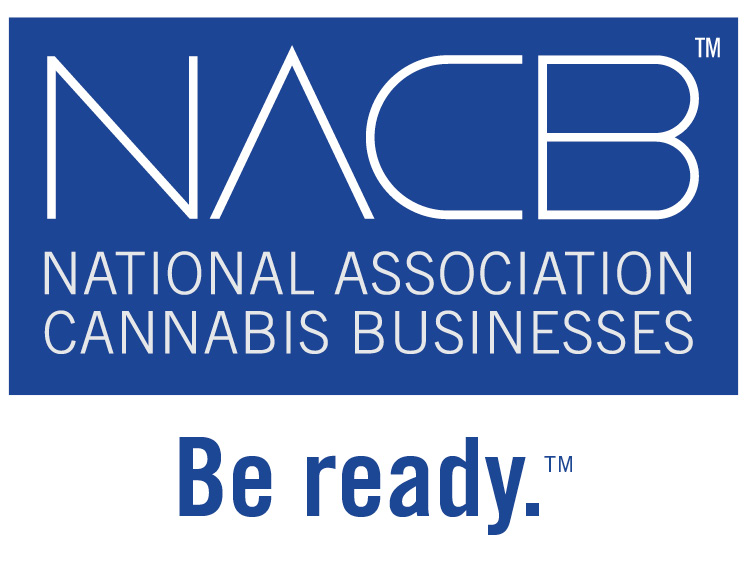 According to a press release, the National Association of Cannabis Businesses (NACB) launches today, becoming the first self-regulatory organization (SRO) for the cannabis industry. With their mission to help compliance, transparency and growth of cannabis companies, they will lead member businesses in establishing voluntary national standards, addressing issues like advertising and financial integrity.

A team of experienced legal regulatory professionals will lead member businesses through a process of developing those standards. Andrew Kline, president of the NACB, was a senior advisor to Vice President and then-Senator Joseph Biden, served as an Assistant United States Attorney in the District of Columbia and in the Enforcement Bureau of the FCC. Their chief executive officer, Joshua Laterman, began working on NACB three years ago, but before that he had two decades of experience as general counsel at global financial and investment institutions. Doug Fischer, their chief legal officer and director of standards, spent the past nine years in cannabis law and financial regulation and enforcement at the law firm Cadwalader Wickersham and Taft.

According to the press release, SROs have proven to be effective in other industries at limiting government interference and overregulation, while preserving public safety. FINRA (Financial Industry Regulatory Authority) is an example of an SRO that serves the financial industry. It is a non-governmental organization that helps regulate member brokerage firms and exchange markets, working to help their members stay compliant with regulations set by the Securities and Exchange Commission. Much like the rapid growth of the financial markets over the past 30 years, the cannabis industry is experiencing exponential growth while regulators try to keep up.

“The cannabis industry is on a historical growth trajectory that is expected to continue for years to come, but even the most established, well-run businesses recognize that the future favors the prepared,” says Josh Laterman, CEO of NACB. “As other industries have experienced with their SROs, establishing and committing to voluntary national standards will enable cannabis business owners to demonstrate impeccable business and compliance practices to consumers, regulators, banks and investors.”

According to Doug Fischer, chief legal officer and director of standards, they will focus on a variety of topics that align with the federal enforcement priorities. So these standards might not cover some of the product safety and quality aspects that ASTM International and FOCUS touch on, rather addressing issues like advertising, financial integrity, preventing diversion across state lines, prevention of youth use and corporate responsibility. Another important distinction to make is that an organization like ASTM International sets standards, but the NACB as an SRO is tasked with enforcing them as well.

“From our perspective, businesses have been having a hard time navigating the complex state regulations, particularly those operating in multiple states,” says Fischer. “That is further complicated by the current administration not solidifying their stance on recreational cannabis.” The Cole Memo put out under the Obama Administration set clear federal enforcement priorities, allowing cannabis businesses and states to identify ways to avoid federal government interference or prosecution.

The current administration has done nothing but fuel regulatory uncertainty. This is particularly important given this week’s news regarding the leaders at the Justice Department making inflammatory and threatening statements regarding legal medical cannabis. “It causes these businesses, who should be focused on their own day-to-day operations, instead focusing on complying with what they think the federal government wants and regulatory compliance with state regulations,” says Fischer. “We can help solve that problem by making it easier for companies to become compliant, not only with state regulations but federal guidance as well. This has been proven by other SROs, that if we set our own standards and abide by them, federal regulators might be guided by the industry’s self-policing in determining how to regulate the cannabis industry.” According to Andrew Kline, it could also provide a window of opportunity for better banking access. The founder and CEO, Joshua Laterman, used to work in the banking industry and recognized the need for a cannabis industry SRO. “He saw an incredible opportunity in a projected $50 billion market by 2026, and as a former banker he saw the opportunity for banks to do business in the industry, but they don’t know who to trust,” says Kline. “Starting a self regulatory organization can help fill that void, allowing companies to identify and put a stamp of approval on a segment of the population that is uber-compliant, therefore giving banks a view into who they should and shouldn’t do business with.” While it won’t immediately resolve the many issues associated with cannabis businesses’ accounting, the NACB could be a major help to smaller businesses looking to prove their worth. “The important point here is that based on the experience of our team, we know what is important to the federal government, and we understand that members will be shaping standards with us, so we will also guide them to federal priorities,” says Kline.

Fischer says a self-regulatory organization is always driven by the industry and needs of the members, but they have the added unique challenge of working in a web of competing governmental interests. “Self-regulatory organizations can shape the future of regulation; we don’t know if or when federal prohibition will end, but if it does, the government is going to look at a variety of areas for regulations,” says Fischer. “We might be able to help shed light on our self-regulating nature and if we can demonstrate the best practices for specific areas, states and even the federal government could look to that, giving our members an advantage.” According to their press release, licensed cannabis growers, dispensaries or any other ancillary business may apply to become members. Some of the founding members include Buds & Roses, Etain, Green Dot Labs, Local Product of Colorado, Matrix NV, Mesa Organics, among others.