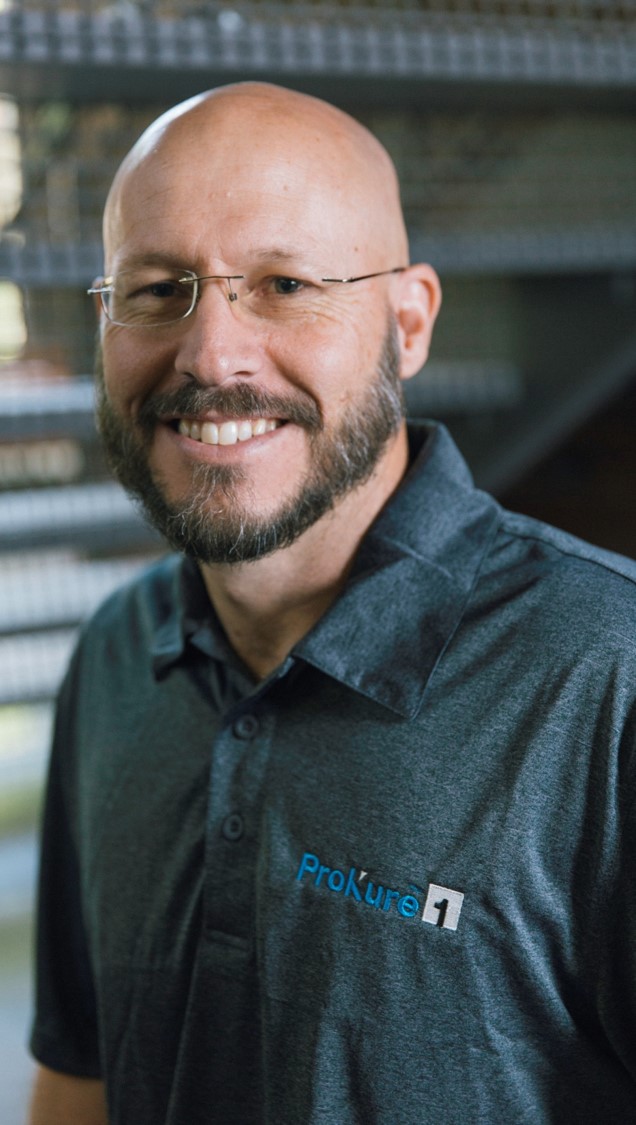 The journal Frontiers in Plant Science recently shared an important article from researchers at Simon Fraser University in British Columbia, highlighting the “Pathogens and Molds Affecting Production and Quality of Cannabis Sativa.”

As a chemist focused on the science of preventing and mitigating mold in greenhouse and indoor cannabis grow facilities, this piece was fascinating to me. Like many others, it details and explains prevalent mold like Penicillium, Cladosporium and Aspergillus – things I see in grows every day.

The research and resulting article also brought up another type of fungi – endophytic mold. Endophytic mold usually lives symbiotically with plants, or is at least beneficial for both plant and fungi.

In the past, the industry has believed that damaging mold spores were found on the outside of the flower. When moved, that flower would release the spores and send them flying – often creating massive cross-contamination issues for indoor grows.

“While cannabis is an incredibly powerful plant in terms of its medicinal properties, it is unfortunately highly susceptible to many pest and pathogens,” says Hope Jones, PhD, CEO, Adivina & ECS. “And it is this susceptibility that is so challenging to many inexperienced or undisciplined grow operations.”

Now, however, we know that there’s another culprit to add to the list: the inner parts of the plant can also be a source of endophytic cross contamination and mold.

Since it grows inside of the plant, this fungus creates high spore counts that can cross contaminate from outside, into the flower.

Treating mold in a facility

This seemingly bad news – that there’s a new fungus to worry about, and it is inside the flower – may actually help cannabis grows struggling with mold, and those who are following the proper protocols already.

These are important upstream and environmentally-focused integrated pest management (IPM) programs that will usually keep facilities clean and relatively mold-free.

But if these programs are in place, and there’s still an issue, Endophytic fungi may be to blame.

If you are having ongoing mold issues but have ruled out cross-contamination and a facility without proper protocol, look to the mother plant.

“Small mistakes in agricultural practices are amplified with cannabis,” Dr. Jones continues. “And today’s propagation practices of traditional cloning add to this vulnerability. Cannabis is an annual plant and by keeping mothers in a perpetual state of vegetative growth for years, and taking repetitive cuttings produces clones in a highly stressed state. This stressed state diminishes genetic potential and weakens a plant’s ability to fight disease and pests.”

Testing for and addressing endophytic fungi

If these concerns are ringing a bell, remember, there is also a way to test for Endophytic mold.

Checking cuttings from suspected mother plants over a period of time is the best way to see if the Endophytic mold is present.

A section of the mother plant cutting is placed into a solution (for example, as outlined by the article, a very concentrated hypochlorite followed by 70% Ethanol) that will kill all of the microorganisms that are present on the surface of the plant tissues.

From there, an unadulterated dissection of the internal tissues can be extracted and cultured for quantification and identification of endophytic fungi.

“Tissue culture offers a form of genetic rebooting returning the plant to its natural genetic potential and thereby strengthening its natural ability to defend against environment assault,” says Dr. Jones. “It also allows the breeder to conduct pathogenic disease testing which provides the entire industry with a higher level of scientific certainty and analysis.”

If you find this mold inside of the mother plant, your facility’s mold problem could be a systemic issue, not an environmental one.

If you do find that Endophytic mold is causing issues, of course, you may have to destroy the mother plant.

This should not mean the end of a strain. Tissue culture on a cutting is an option that can eliminate the unwanted fungi and save the genetics. Using those genetics to regrow a mother will start fresh and avoid the intrinsic mold that was plaguing the strain prior.

The practice of checking mother plants for Endophytic mold is not yet commonplace in cannabis, but the hemp business is leading the way.

They’re testing to create very clean plants, so you don’t have issues during cultivation.

Major growers in the U.S. could save millions in lost harvests with mold mitigation. If your current IPM program isn’t doing the trick, you may want to follow in hemp’s footsteps and look inside the plant.