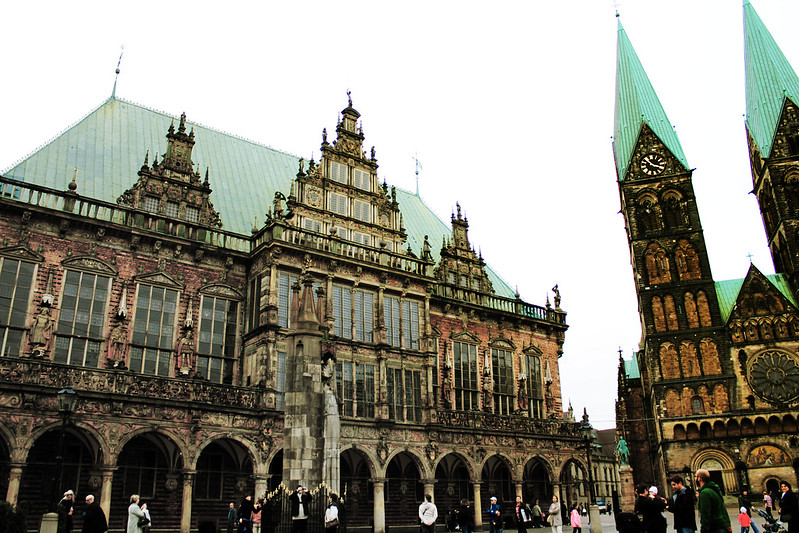 The German city of Bremen (perhaps you know it from the Brothers Grimm and the animal musicians) is determined to force the federal German government to play another tune when it comes to basic access within the city.

For those without the special geographic knowledge that comes with being a “local” this is also a deliberately strategic political move. Bremen, like Berlin, is a strange German hybrid, a city-state.

Change here, of course, like Berlin, would have wide impact on other German states.

It is not a new campaign of course. None of these city campaigns for home-grow really are. They are the result of efforts, at this point with elected officials involved, of literally decades of patient activists, who are still necessary. But this time, they have politicians involved. When the national ones don’t listen, the local ones are being dragged in.

That said, don’t expect any breakthroughs or miracles from Bremen or Berlin either right now for that matter. This experiment, in Bremen just like the country’s capital, is still at least several years off, no matter its regular recycling in news stories for the last several years.

Politically right now it is hard to understand the CDU’s continued reluctance to embrace the weed. The CDU is Germany’s strongest and largest “middle of the road” party. Particularly because they along with everyone else of alternative political persuasions are highly alarmed by the right wing AfD’s popularity and spread. It is not inconceivable that even Germany’s largest if not highly beleaguered party might use a little cannabis to stop that. And they are being pushed, hard now, by the fringes.

The Outpricing Of The Patient Movement

Talk to any cannabis-connected company right now and chances are you will hear the phrase “patient first.”

That means nothing in an environment where most patient groups are kept out of the room when legislation opening markets is being written (certainly in Europe). And of course, it is precisely the individuals that these groups represent who cannot afford the legal medication hitting the markets early.

Here, because of the focus on high-quality, GMP-certified product, the chances of a patient collective actually being able to afford a cultivation license (for example) are so far non-existent.

As a result, there is an active foment on the ground right now in almost every country in Europe. This is meeting other kinds of frustration right now and that can be a powerful weapon for change. However, without funded lobbyists in most European capitals and Brussels, there is more power and money behind the established industry right now to keep the (almost) status quo.

As strange as they seem to the cannabis industry right now, GMP certification is a standard pharmaceutical designation.

The boogeymen in the room right now, in other words, for every strong patient group, with its own grey market distribution channels, are the well-funded companies who are in fact getting the laws to change.

Patients, in these environs, as well as their concerns, are left out entirely.

The Strength of The European Gray Market

For this very reason, the gray market problem is going to be large in Europe for quite some time to come. Patients are effectively priced out of the legitimate market if they cannot get insurer approvals and for most that is still the biggest problem in the room.

Are there large gray market grows all over Europe? Yes. As one German activist told Cannabis Industry Journal recently, echoing the comments and practices of thousands of others, “Yes, they made me jump through the hoops, and I have packaging from all the big guys. That’s how I carry my home grow these days.”

Forget “patient cards” that some enterprising distributors are trying to get patients to carry.

The cops don’t challenge legit packaging. And every producer, distributor and patient knows that. Buy once, no matter how exorbitant, and that is all she wrote.

For that reason, “patient numbers” if not “sales” actually mean very little.

It does not matter, in other words, if a cannabis company announces its market entry in any country right now. What matters is that they can prove consistent supply and sales and real patient numbers – which if GDPR (European privacy legislation) is strictly followed, producers and distributors should never really know at a level that such sales are trackable per patient.

And that is where this all gets difficult down in the weeds.

Are there large gray market grows all over Europe? Yes. Are they all under the purview of the criminal black market? No. There are very organized patient non-profit networks locally in just about every city and town in Europe. If not other places.

And, where those fail, certainly in Germany, there is always the area around every local train station. If you are hard up enough and desperate enough, skunk and hash albeit of an indeterminate source, will cost you about $12 per gram.

There is no cannabis company in the room anywhere in Europe that can provide legit product via any pharmacy, for that price at point of sale. Yet. And therein, as always, lies the rub.