The Canadian-German market connection has been a “thing” ever since the middle of the last decade. But this is not the only international cannabis connection. Indeed, firms in multiple countries have been developing international partnerships for quite some time – and not just deals involving the plant or its extracts, but on the cannabis technology front.

This year and going forward expect these to bear fruit, and in interesting ways.

What are the trends? And who is doing what?

Europe
The entire European cannabis market has slowly been developing momentum since 2017 when Germany kicked off its first attempt at a domestic cultivation bid. The first German-grown cannabis is expected to hit pharmacies this fall, and further at a price that will keep everyone else hopping (€3.20 a gram from BfArM to distributors). However, because domestic cultivation was never expected to keep up with patient demand, Germany has become one of the hottest destination markets on the planet.

While there is clearly product still coming in from Canada, the big importer into Germany is actually from Holland (Bedrocan), right across a common border.

But Holland is not the only game in town anymore. Europe has long had promise as one of the most international cannabis markets in the world, simply because of relatively open, cross-border trade. Cannabis from Denmark, Portugal and Spain as well as Australia and South Africa have already made it into the German market. Greece, Italy and Poland are all moving into position as major sources of at minimum, floss if not extracts, along with growing interest in Eastern European entries (and not only the Czech Republic).

The intra-European market for cannabis is well underway, in other words, and this is likely to be an increasing trend, particularly as cannabis continues to make waves on the medical front as well as continually mounting evidence that the drug treats difficult to treat conditions including neurological disorders, cancer and the ever-present chronic pain.

Then of course, there is Israel, which is expected to be a big contender now that the country is finally in the export game.

Beyond the direct imports, however, there are also multiple country hops in play (such as Uruguay to Portugal to Germany). Malta is also increasingly shaping up to be an intriguing pass through port, if nothing else.

But of course, Europe is not the only international game in town. 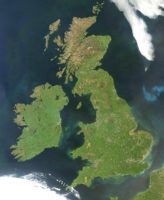 Despite all of the problems that British patients face in obtaining high quality medical cannabis at a price that is affordable, the UK has actually led the world in cannabis exports (benefitting so far only GW Pharmaceuticals). However many firms have also been cooperating to bring cannabis into the country (from Canada and Holland in particular so far). The biotech partnerships set up by firms like Canopy Growth are also expected to bear fruit as cannabinoid research begins to truly come into its own in the coming decade.

The Americas
Despite the fact that exporting from the U.S. is still difficult (although some firms have managed to export hemp to Europe), there is a lot of cross border cooperation going on throughout the hemisphere (including investment and all kinds of creative partnerships). Canada of course, got its export game going early. Yet one of the more intriguing cross border stories of the last 18-24 months is the amount of South American cultivated cannabis ending up “north of the border.” Changing laws in the region make Latin America a major export location as well as a source for product bound elsewhere including Europe (see Columbia, Uruguay and Jamaica in particular). Mexico is expected to be a power player globally going forward too.

There are also many American firms who have developed strategic partnerships globally beyond the actual plant (including in Israel). 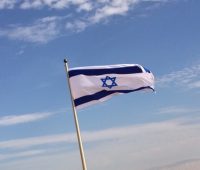 The country is absolutely in the export market, but that is not the whole story. Earlier in the year, the country received its first import from Uganda. There are also multiple U.S. companies in partnership with Israeli firms, and this will increasingly play out in terms of both product and cannabis technology as the market continues to open internationally. American firms, in other words, are still largely prohibited from shipping from the U.S., but they can now do so from Israel, and further, anywhere in the world.

South Africa
Another newcomer, South African firms are partnering internationally (including with American firms) to develop not only product but extraction technology. Cannabis firms here have also already shipped product to Canada and Europe.

Australia
Agricultural exports generally are a major part of the Aussie economy, and cannabis is shaping up to be no exception. Domestic firms are increasingly exporting to Europe (in particular), but partnerships here will be intriguing to watch, particularly as the Chinese market comes into its own. And there are already plenty of firms with partnerships now established or in the last phases of inking out deals with Israeli firms. Canada has been the largest source of imports into the country since 2017. 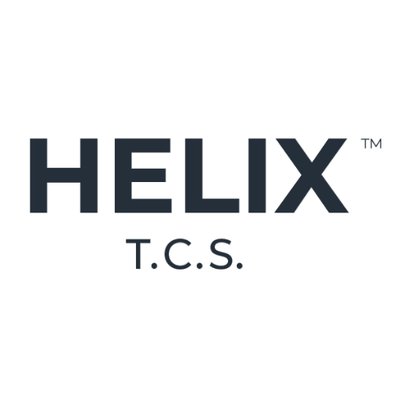 According to a press release, Helix TCS and its subsidiary, BiotrackTHC, are expanding internationally at a rapid pace. The seed-to-sale traceability software solution now has customers in the United Kingdom, Canada, Colombia, Jamaica, Australia and New Zealand, in addition to the United States.

At home, they just successfully deployed North Dakota’s government cannabis traceability program. That program is one of nine government contracts the company has currently, where their seed-to-sale software is mandated for the state’s entire cannabis supply chain for compliance and regulatory oversight.

In addition to their international expansion and successful domestic government contracts, Helix TCS announced an exciting new addition to their leadership team. The company added former President of Mexico, Mr. Vicente Fox Quesada, to its Board of Directors, according to a press release. “A new industry is being borne, with high ethical standards, attracting massive investment in medical and health products, bringing economic growth and jobs to communities and nations,” says Fox. “I am proud to be part of it.”

According to Zachary Venegas, executive chairman and CEO of Helix TCS, Inc., Vicente Fox will help serve as a strategic advisor for their continued expansion abroad. “”We are honored to welcome former President Fox to our Board of Directors and to benefit from his strategic vision and global network,” says Venegas. “His addition is a significant multiplier in our further expansion into key production markets that we expect to become dominant cannabis export hubs that will require our full suite of services.”

According to Venegas, they are prepared to meet the needs of a globalizing cannabis economy. “As international markets develop and more countries create a legal cannabis industry, our technology and service solutions will continue to reach new markets quickly to meet the needs of businesses and regulators in any regulatory environment,” says Venegas. “We are very excited to see the progress of legal cannabis on the global stage and we look forward to continuing to play a vital role in enabling a transparent and secure supply chain.”