Astroturfing is the practice, in political messaging and campaigns, of creating what seems to be a legitimate, grassroots inspired campaign that is actually bought and paid for by an industry lobby or other corporate interests.

It is also clear that this practice is now entering the cannabis space, certainly in the UK.

On August 1, the British Conservative Drug Policy Reform Group sent out a group email entitled “Strategic litigation on medical cannabis access in the UK.” The email, from the group’s senior communications manager, was to announce the kick-off of a crowdfunding campaign to defend a cannabis patient.

It’s beneficiary? A British female MS patient, Lezley Gibson, now facing prosecution for growing her own cannabis after being unable to afford what was on offer at her local pharmacy.

Here is the first flag: MS is the only condition for which Sativex (manufactured by British firm GW Pharma) is prescribed on label (in other words without special approvals).

The problem is that the NHS (along with most of the German statutory approvers) feels that Sativex is still too expensive and not effective enough. And that problem won’t be solved with either patient home grow access or a lawsuit to gain that right, but rather funded trials.

However, more disturbingly, the email referenced the supposed success of a similar legal tactic in Germany several years ago. This is to say it used a highly inaccurate analogy. In Germany, a male chronic pain patient sued the government for the right to grow his own cannabis. He won the right temporarily, but this was taken away from him after the law changed in March 2017. Now he, like every other cannabis patient in Germany, must get his cannabis from a pharmacy. German patients also must get their initial prescription approved by health insurers – which is for everyone – but particularly non MS patients – the biggest fight in the room right now on the topic of medical efficacy.

Further, the right to grow one’s own medical cannabis, no matter the condition suffered, has been removed from patients in every legal jurisdiction where there is no constitutional right to it first – namely patients sue for the same.

As such, it is entirely conceivable that as a “strategic” case, this is more likely to put pressure on the NHS to pay the sky-high price of Sativex for MS patients (which it has already refused to do) than create any other kind of access for anyone else.

When contacted by Cannabis Industry Journal, a CDPRG spokesperson said that the patient had given her support for the crowdfunding campaign and needed help.

However, there are other issues here. Namely that when selecting a strategic case (no matter how harsh this sounds to the individual patient), the entire discussion at this point – certainly from an efficacy point of view, might be better served with supporting the case of a patient who has less access because of either physical condition or economic status.

In fact, in Germany so far, thanks to the change in the law that the British group references, while there certainly are tens of thousands of cannabis patients at the moment (including many MS patients), the majority of them receive Dronabinol or Sativex. And all of them have to fight for medical access and approval from their insurers. That is of course, when they can find a doctor to prescribe in the first place. There are also estimates that there are close to a million patients in Germany who cannot get access, thanks to the change in the law created by one patient’s law suit.

Is this flavour of litigatious advocacy now afoot in the UK, in other words, the kind of lawsuit that is designed to benefit the industry more than patients looking for affordable, home-grown, if regulated product?

No matter the real versus stated intent of the instigators of the Gibson case, or the eventual outcome of such litigation, there is no doubt that cannabis is being brought into larger political debates. And further, no surprise, “patient access” is an issue just as ripe for “issue manipulation” and astroturfing as anything else.

“Strategic” if not “crowdfunded” cause or tactical lawsuits are another form of this technique.

That foreign cannabis money is already in the room is also no surprise. The British press was alight with stories during June of the amount of money contributed to the CDPR Group from Canadian sources.

Seen within the context of Brexit itself, this is disturbing locally.There are other issues involved in this kind of challenge to the law.

Not to mention the fact that in May, none other than Arron Banks, the self-styled backer of the Leave Campaign, decided, suddenly, to throw his hat into the CBD oil ring on Twitter. Not to mention repeated the same information repeatedly, including his $4 million investment into the space during the following months so far. Plus, of course, wildly optimistic valuations of the U.S. market.

Suing For Patient Justice Or A Backdoor For Canadian and Other Corporate Interests?

There are other issues involved in this kind of challenge to the law.

The first is that in the British case this is actually not a constitutional case per se, but a human rights one. See the problems that those who are trying to define the British constitution right now on other matters (see Brexit) are running into.

The second is that while the patient in question in this case (Ms. Gibson) is undoubtedly relieved at the prospect of a legal defence for growing her own medication in the face of insurmountable cost, on the “positive” side, her case is unlikely to do much more than make impoverished patients fight NHS paperwork if they can find a doctor. See Germany, as a prime example.This lawsuit, in other words, no matter how it might get one woman out of a terrible legal situation, is not necessarily “pro-patient.”

But what it will do is something else. It may well remove the current widespread prohibition on the harvesting of cannabis flower in the UK. And while patients would face again being moved into the slow lane of NHS approvals (with lots of fights over efficacy looming and still unsolved), corporate growers and processors if not importers, already investing millions into such efforts across the UK and Ireland, benefit.

At the exclusion, also, as has been the case in Germany, of local producers who are not already large corporate interests or existing farms.

This lawsuit, in other words, no matter how it might get one woman out of a terrible legal situation, is not necessarily “pro-patient.” It also may well do everything to frustrate, slow down and further complicate medical access for those at the end of the chain, while only opening up “investment opportunities” for large companies and well-heeled interests who have nothing but profit, if not the destruction of the NHS in mind. 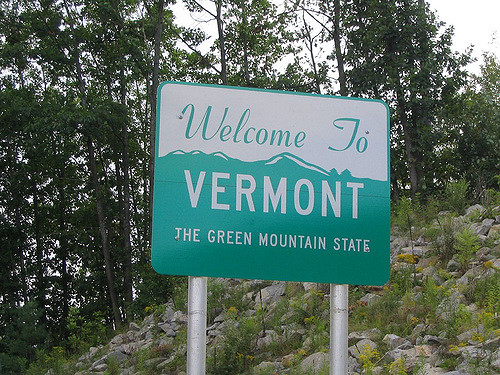