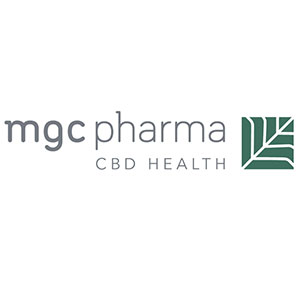 Publicly listed Australian firm MGC Pharma has now entered Poland. The company just announced a commercial wholesale agreement with a local NGO called Cannabis House Association. CHA is also pairing with the Forensic Laboratory of the Faculty of Law and Administration at the University of Lodz. The plan is to support a large-scale research project in Poland.

This is a first of its kind situation in Europe, even more interesting that it is happening here (as opposed to say Germany). The idea is to examine the societal, financial, medical and public health ramifications of the use of cannabis.

There are approximately 15,000 pharmacies in Poland, most of which are authorized to dispense cannabis. Indeed, estimates of how many Polish patients there are ranges from between 300,000 – 600,000. Numbers could also be well higher.

Poland does not represent the only European landing of late for MGC. Indeed, the company also began importing cannabis into Ireland – as of December, 2019.

While it is based in Australia, MGC also has a production facility in Slovenia.

What Does Polish Reform Look Like on the Ground?

Poland is in an interesting position in the cannabis debate right now. Policy tends to follow Germany on many issues. However much the situation is different here than Germany, there are also obvious similarities – starting with the reluctance of authorities to encourage anything but imports into the medical market.

However, while the situation facing patients is not exactly analogous to Germany (it is more like Ireland or the UK right now), the country is clearly moving into a strategic position in the global cannabis economy.

Poland is also clearly at least beginning to implement reform that appears to track its larger neighbor next door.

For the past few years, ever since 2017 in fact, when Poland “legalized” medical use, patients have been stuck with few options. Indeed, the only real access route to obtaining the plant or cannabinoid medicines legally is literally crossing the border, in person, in a place like Holland or Germany. Obtaining the drug in another country and then making the border crossings to get it home is not an attractive situation for anyone. This option, obviously is prohibitive for almost everyone. And dangerous for caretakers and patients alike, and clearly not sustainable.

Like Germany, in other words, Poland appears to be moving cautiously to implement the idea of cannabis reform starting with imports first. Even though there is a burgeoning local hemp industry in the country with hopes to not only to supply domestic patients, but also to export over the border into higher wage economies. See Germany, for starters.

Starting in 2018, Canadian companies began to enter the market. Aurora and Canopy Growth in particular, targeted Poland aggressively. But they are far from the only companies eyeing the country as a lucrative market. Macedonian, Czech and Israeli firms are all eyeing the ground.

Poland is however on the front lines of this debate in a way that its richer European neighbors are not. With an exchange rate that is roughly 4 zloty to 1 euro, expensive cannabis imports will be even further out of reach for patients than they are in say Germany. 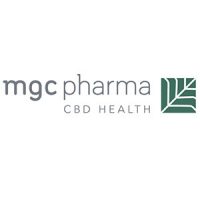 Further, there is an active and enthusiastic burgeoning domestic cannabis economy on the ground already – although locally, capital is scarce.

MGC’s experiment, in other words, represents a first step not only in business development for their own products, but a potential opening of a national acceptance about the use of this drug – not to mention who pays for the same – and where it is produced.

In the aftermath of COVID-19 hitting Europe, German ministers (for one) are already suggesting that the country secure its pharmaceutical supply chain by producing more drugs in the country rather than relying on supply chains that reach to Asia for more conventional products.

It is likely that this conversation will also begin to expand to cannabis, not only in Germany of course, but also Poland.

In the meantime, MGC Pharma has managed to go where no other private cannabis company has gone in Europe so far – and in a way that will pay off not only for them, but the entire cannabis conversation.