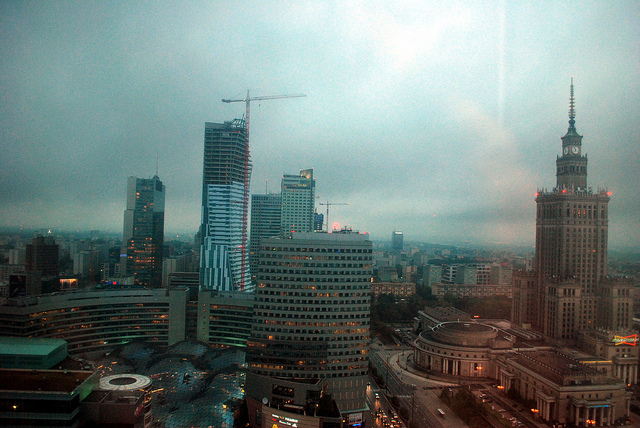 That said, it will be some time before patients have access to the drug. While Poles can now technically access medical pot, the scheme approved by the Polish Parliament that went into effect on November 1st is regressive, to say the least. Certainly compared with even other countries in Europe that are now finally admitting that cannabis is a drug with medical efficacy, the Polish experiment looks “old-fashioned.”

What Does Medical Cannabis Reform Look Like in Poland?

Like most conservative countries, Poland is sticking with a highly restrictive approach that still puts patients in the hot seat. In addition to getting a doctor’s prescription, the chronically ill must be approved by a state authority – a regional pharmaceutical inspector. They must get a license first, in other words. They must then find about $500 a month to pay for cannabis. To put this in perspective, that is roughly the total amount such patients get from the state to live on each month.

The multiple steps mean that only patients with financial resources– and an illness which is chronic but still allows them to negotiate the many government hurdles, including cost –will now be able to access medical cannabis. Unlike Germany which makes no such distinctions, Polish law now recognizes the drug as an effective form of treatment only for chronic pain, chemo-induced nausea, MS and drug-resistant epilepsy.

The heavily amended legislation also outlaws home growing. And while 90% of pharmacies will be able to dispense the drug, this is again, a technicality. Where will the pharmacies get the cannabis in the first place?

So the question remains: will this step really mean reform? There is no medical cultivation planned. And no companies (yet) have been licensed to import the drug.

This is what is clear. Much like the conversation in Georgia and other southern American states several years ago, legislators are bowing to popular demand if not scientific evidence, to legalize medical use. But patients still cannot get it – even if they jump through all the hoops.

In Poland, patients who cannot find legal cannabis in the country (which is all of them at this point) now do have the right to travel to other EU countries in search of medicine. But the unanswered question in all of this is still present. How, exactly is this supposed to work? Patients must come up with the money to pay for their medical cannabis (at local prices) plus regular transportation costs. Then they must pay sky high fees to access local doctors (if they can find them) at “retail cost” uncovered by any insurance.

The issue of countries legalizing cannabis on paper, but not in action, is a problem now facing legalization advocates in the EUThe most obvious route for Polish patients with resources and the ability to travel is Germany. The catch? Medical cannabis costs Just on this front, the idea of regular country hopping for script refills – even if “just” across the border – is ludicrous. And who protect such patients legally if caught at the border, with a three month supply?

Poland, in other words, has adopted something very similar to Georgia’s regulations circa 2015. Medical cannabis is now technically legal but still inaccessible because of cost and logistics. Reform, Polish-style, appears to actually just be more window-dressing.

And while it is an obvious step for the country to start issuing import licenses to Canadian, Israeli and Australian exporters, how long will that take?

While things are still bad in Poland, right across the border in Germany where presumably Polish patients could theoretically buy their medical cannabis, all is still not copacetic. Even for the “locals.” Germany’s situation remains dire. But even before legalization in March, Germany was importing bud cannabis from Holland and began a trickle of imports last summer from Canada. That trickle has now expanded considerably with new import licences this year. And presumably, although nobody is sure, there will be some kind of domestic cultivation by 2019.

At Deutsche Hanfverband’s Cannabis Normal activist’s conference in Berlin held on the same weekend as Poland decided to legalize medical cannabis, a Gen X patient expressed his frustration with the situation of legalization in general. Oliver Waack-Jurgensen is now suing his German public insurer. He expects to wait another year and a half before he wins. In the meantime, he is organizing other patients. “They [political representatives] are bowing to political expediency but completely ignoring patient needs,” says Waack-Jurgensen. “How long is this conversation going to take? I am tired of it. Really, really tired of this.”

The issue of countries legalizing cannabis on paper, but not in action, is a problem now facing legalization advocates in the EU and elsewhere who have achieved legislative victories, but still realize this is an unfinished battle. Germany is the only country in Europe with a federal mandate to cover the drug under insurance (for Germans only). And that process is taking time to implement.But even in Germany, patients are having to sue their insurance companies

Germany, Italy and Turkey are also the only countries in Europe as of now with any plans to grow the drug domestically under a federally mandated regulation scheme. Import from Holland, Canada and even Australia appears to be the next step in delaying full and unfettered reform in Europe. See Croatia, Slovenia and Bosnia. How Spanish or Portuguese-grown cannabis will play into this discussion is also an open question mark. Asking Polish patients suffering from cancer to “commute” to Portugal is also clearly unfeasible.

Unlike the United States, however, European countries do have public healthcare systems, which are supposed to cover the majority of the population. What gives? And what is likely to happen?

A Brewing Battle At The EU Human Rights Court?

While the Polish decision to “legalize” medical use is a step in the right direction, there is still a long way to go. If the idea is to halt the black market trade, giving patients real access is a good idea. But even in Germany, patients are having to sue their insurance companies. And are now doing so in large numbers. In a region where lawsuits are much less common than the U.S., this is shocking enough.

But the situation is so widespread and likely to continue for some time, that class action lawsuits – and on the basis of human rights violations over lack of access to a life-saving drug – may finally come to the continent and at an EU (international) level court.

Patients are literally dying in the meantime. And those who aren’t are joining the calls for hunger strikes and other direct civil action. Sound far-fetched? There is legal precedent. See Mexico.

And while Poland may or may not be the trigger for this kind of concerted legal action, this idea is clearly gathering steam in advocacy circles across Europe.