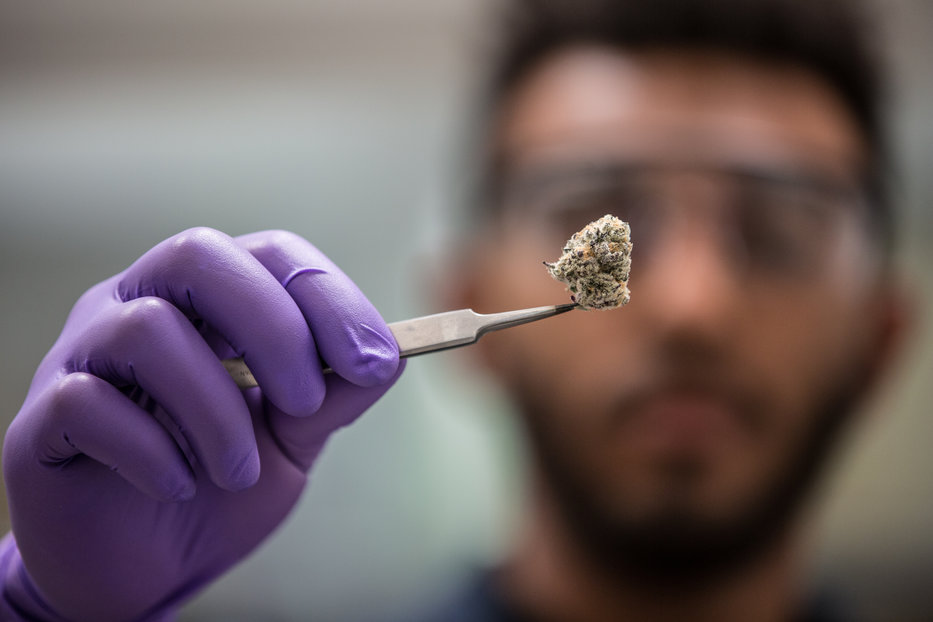 On Election Day, voters in California passed Proposition 64, establishing a recreational cannabis market and regulatory environment. While the state won’t issue the first licenses under the new regulatory scheme until 2018, the medical cannabis industry is already well established.

Steep Hill Labs, Inc., based in Berkeley, California, found in October that 84.3% of samples submitted tested positive for pesticide residue, according to a press release. The announcement came before Election Day, but is particularly eye opening given the massive new market created overnight by Prop 64.

Particularly concerning is their detection of Myclobutanil, which was found in more than 65% of samples submitted to the lab. According to the press release, when Myclobutanil is heated (i.e. smoked or vaporized), it is converted to Hydrogen Cyanide, which is extraordinarily toxic to humans and can be fatal in higher doses.

According to Reggie Gaudino, Ph.D., vice president of science, genetics and intellectual property at Steep Hill, their more recent study shows they detected pesticides in roughly 70% of the samples they received and 50% of those contained Myclobutanil. Gaudino says that up to a third of those samples would have failed under Oregon’s regulatory standards.

“Those in the cannabis community who feel that all cannabis is safe are not correct given this data – smoking a joint of pesticide-contaminated cannabis could potentially expose the body to lethal chemicals,” says Jmichaele Keller, president and chief executive officer of Steep Hill. “As a community, we need to address this issue immediately and not wait until 2018.”

Potentially harmful pesticides, and specifically Myclobutanil, have been detected in Colorado and Washington’s recreational markets on a number of occasions, proving this is a widespread issue. Steep Hill’s release suggests that California regulators take a look at Oregon’s pesticide regulations for guidance when developing the regulatory framework.

What’s even more troubling is that not all laboratories have or had the capability of detecting pesticides at sufficiently low levels and because of this, other labs had significantly lower rates of pesticide detection, suggesting possible inconsistencies in testing methods, instrumentation, sample preparation or other variations. During a 30-day period in late September and early October, Steep Hill found, using publicly available data, or data from contracted testing, that other labs were only reporting between 3% and 21% pesticide detection.

It is important to note that those samples were not identical and there could be a great degree in variation on the quality of samples sent to different laboratories, so it is not an entirely accurate comparison. Steep Hill does however detect pesticides down to the parts-per-trillion level, whereas many common methods for detecting pesticides look at the parts-per-billion level.

Reggie Gaudino says the Association of Commercial Cannabis Laboratories (ACCL) is using this data to work with Steep Hill and a number of other labs to address these issues. “As a member of the ACCL, and after discussion with ACCL, we have agreed that all future discussion of this issue should not include laboratory names, as this is about educating the industry in general, and making sure all members of the ACCL are developing the best possible methods for detecting pesticides,” says Gaudino. “The ACCL has responded to this data, by inquiring on a larger, industry-wide basis, which represents a better picture of the issue, rather than only in California’s still-technically unregulated market.” The important message is this is a major issue that needs addressing urgently. “As such, the troubling issue remains, across the larger ACCL membership, there is still detection of pesticides in at least 50% of the cannabis being tested.”

According to Jeffrey Raber, Ph.D., president of the ACCL, the industry is experiencing a pesticide problem, but it is very difficult to quantify. “It is fair to say that around 50% of the cannabis being tested contains pesticides, but we really don’t know that exact number until a much more comprehensive statistical analysis is performed,” says Raber. “We agree this is a big problem and that it needs to be addressed, but we are not sure just how big of a problem it really is.” With so much variation in labs in a state where not everyone is required to test products, it is very difficult to pin down how consistent lab results are and how contaminated the cannabis really is. “If all of the labs had the same methodology, samples and shared statistical analyses for a real study then we can look at it closely but it seems we are a ways off from that. I can say confidently however that this is a pretty significant problem that needs addressing.”

Still, Steep Hill detecting pesticides in a majority of their samples and some labs finding as little as 3% should raise some eyebrows. “Unfortunately, our recent study discovered that 84.3% of the samples assessed by our triple quadrupole mass spectrometer contained pesticides,” says Keller. “As of today, this tainted product could be sold in most dispensaries throughout the state of California without any way of informing the patients about the risks of pesticide exposure.”