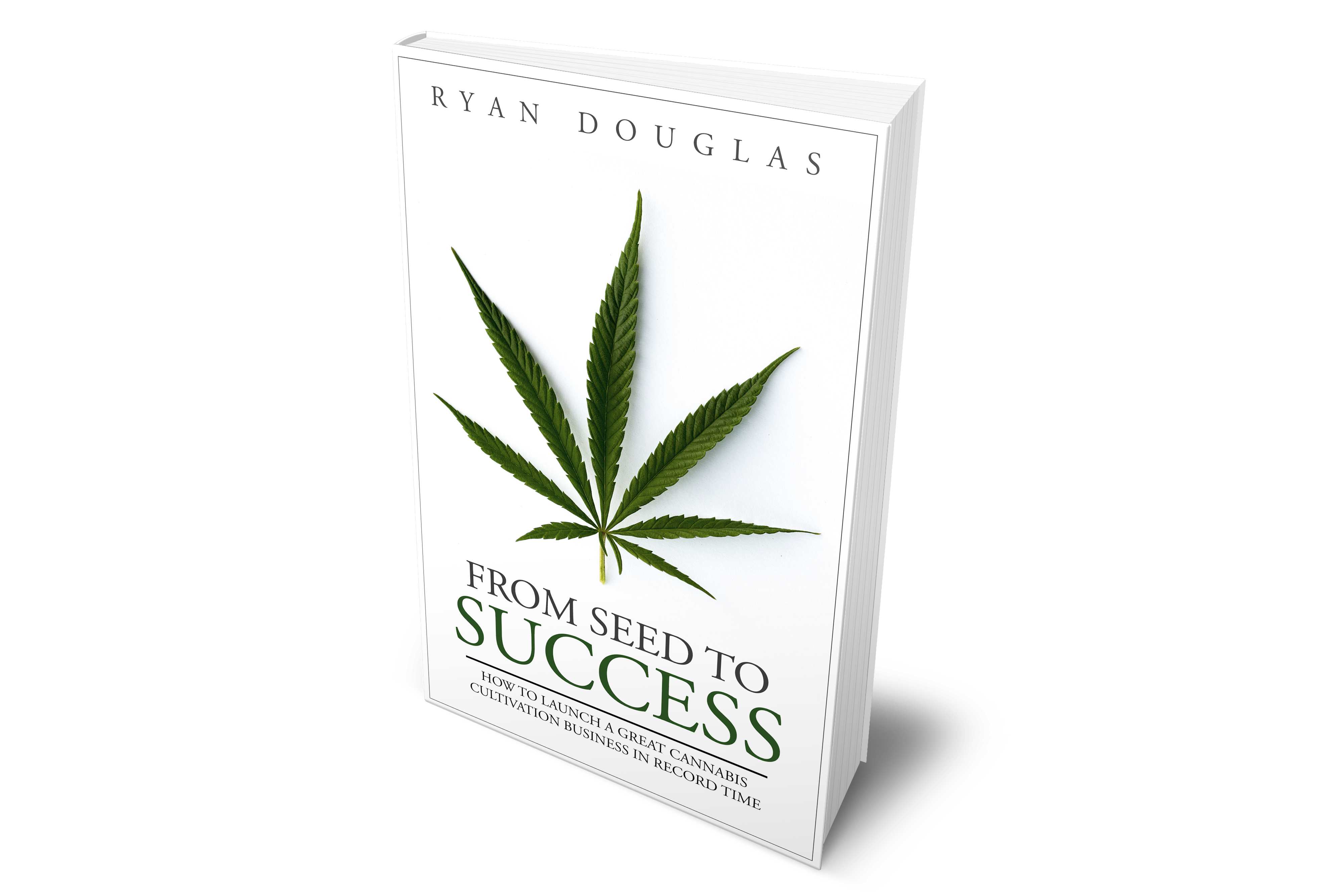 Editor’s Note: This is an excerpt from chapter ten of From Seed to Success: How to Launch a Great Cannabis Cultivation Business in Record Time by Ryan Douglas. Douglas is founder of Ryan Douglas Cultivation, a cannabis cultivation consulting firm. He was Master Grower from 2013-2016 for Tweed, Inc., Canada’s largest licensed producer of medical cannabis and the flagship subsidiary of Canopy Growth Corporation.

Cultivation businesses should consider specializing in just one stage of the cannabis cultivation process. The industry has focused heavily on vertical integration, and some regulating bodies require licensees to control the entire cannabis value chain from cultivation and processing to retail. This requirement is not always in the best interest of the consumer or the business, and will likely change as the industry evolves. Not only will companies specialize in each step of the value chain, but we’ll see even further segmentation among growers that choose to focus on just one step of the cultivation process. Cannabis businesses that want to position themselves for future success should identify their strengths in the crop production process and consider specializing in just one part.

Elsewhere in commercial horticulture, specialization is the norm. It is unlikely that the begonias you bought at your local garden shop spent their entire life inside that greenhouse. More likely, the plant spent time hopping between specialists in the production chain before landing on the retail shelf. One grower typically handles stock plant production and serves as a rooting station for vegetative cuttings. From there, rooted cuttings are shipped to a grower that cares for the plants during the vegetative stage. Once they’re an appropriate height for flowering, they’re shipped to the last grower to flower out and sell to retailers.

Cannabis businesses should consider imitating this model as a way to ensure competitiveness in the future. In the US, federal law does not yet allow for the interstate transport of plants containing THC, but the process can be segmented within states where vertical integration is not a requirement. As we look ahead to full federal legalization in the US, we should anticipate companies abandoning the vertical integration model in favor of specialization. In countries where cannabis cultivation is federally legal, entrepreneurs should consider specialization from the moment they begin planning their business.

Cultivators that specialize in breeding and genetics could sell seeds, rooted cuttings, and tissue culture services to commercial growers. Royalties could provide a recurring source of income after the initial sale of seeds or young plants. Contracting propagation activities to a specialist can result in consistently clean rooted cuttings that arrive certified disease-free at roughly ¼ the cost of producing them in-house. This not only frees up space at the recipient’s greenhouse and saves them money, but it eliminates the risks inherent in traditional mother plant and cloning processes. If a mother plant becomes infected, all future generations will exhibit that disease, and the time, money, energy, labor, and space required to maintain healthy stock plants is substantial. Growers that focus on large scale cultivation would do well to outsource this critical step.

Intermediary growers could specialize in growing out seeds and rooted cuttings into mature plants that are ready to flower. These growers would develop this starter material into healthy plants with a strong, vigorous root system. They would also treat the plants with beneficial insects and inoculate the crop with various biological agents to decrease the plant’s susceptibility to pest and disease infestations. Plants would stay with this grower until they are about six to 18 inches in height—the appropriate size to initiate flowering.

The final stage in the process would be the flower grower. Monetarily, this is the most valuable stage in the cultivation process, but it’s also the most expensive. This facility would have the proper lighting, plant support infrastructure, and environmental controls to ensure that critical grow parameters can be tightly maintained throughout the flowering cycle. The grower would be an expert in managing late-stage insect and disease outbreaks, and they would be cautious not to apply anything to the flower that would later show up on a certificate of analysis (COA), rendering the crop unsaleable. This last stage would also handle all harvest and post-harvest activities—since shipping a finished crop to another location is inefficient and could potentially damage the plants.

As the cannabis cultivation industry normalizes, so, too, will the process by which the product is produced. Entrepreneurs keen on carving out a future in the industry should focus on one stage of the cultivation process, and excel at it.

As Germany begins to enter a summer where life seems ever more normal, there are fairly major shakeups underway in the German cannabis market. These are structural but will have a profound impact on the entire market going forward.

A Mass Of Distribution Licenses
It is an interesting metric to understand that before 2015, there were no specialty cannabis importer/distributors in Germany. As of July 2020, there are rumors that this number has now shot to close to 80 (either licensed or in the process to become licensed). That is a huge number. So was the last amazing number (40) as of the beginning of this year. Just the previous estimate would mean, literally, 1 specialty cannabis distributor for every 2 million Germans. That obviously is not sustainable. What it does indicate is the huge surge of interest in medical cannabis not to mention acceptance, as well as the amount of money actually now beginning to slosh around in the domestic market.

And that spells good news for both patients and insurers. The rest of the industry, however, will be under further pressure to reduce cultivation and operation costs to meet the challenge.How many of these distributors will survive is another question, particularly in an environment where the government is looking for just one to fulfil the needs of all of Germany’s pharmacies from what is grown domestically. This does not of course mean the end of specialty distribution. Indeed, far from it. There is not enough cannabis entering the market, presumably this fall, that is grown here to even come close to meeting demand.

No surprises here. This has been one of the enduring criticisms of the entire process, if not the bid itself since 2017.

However, one thing this does mean is that distribution fees, like pharmacy fees for processing the plant before them, are finally hitting a price adjustment phase.

This is also going to be good not only for patients, but also health insurers.

For all the standardization of the industry, including fees and mark-ups, one of the strangest things about the German cannabis market is how widely cannabis prices can differ even between pharmacies. This is as true of flower as it is of dronabinol.

The Wholesale Price Of Medical Cannabis Is Dropping
Again, no surprise here, the government will end up buying more cannabis than contracted for under the original bid. This was actually anticipated in the language of the contract that currently exists between the government and the three bid winners. Namely, an automatic 50% reduction in price is mandated for any cannabis sold beyond the 120% agreed upon qualities.

The growers domestically, in other words, who won the bid will be under a severe price restriction. This may have been the ultimate strategy of the government to begin with (namely to attract foreign capital and expertise but then begin to reign in the sky-high prices of medical cannabis so far.)

This means that the price of €2.30 a gram will undoubtedly fall. Where it will float is anyone’s guess, but right now it appears on course to hit about €1.87. Or about the same price that other governments across Europe (notably Italy) had previously negotiated with the big Canadian cannabis companies (notably on this one, Aurora’s military contract in Italy).

Implications For The Import Market
With domestic producers under the gun, this also means that all imports will begin to feel the price squeeze too. And that will also have a significant impact on point of sale cannabis prices.

And that spells good news for both patients and insurers. The rest of the industry, however, will be under further pressure to reduce cultivation and operation costs to meet the challenge.