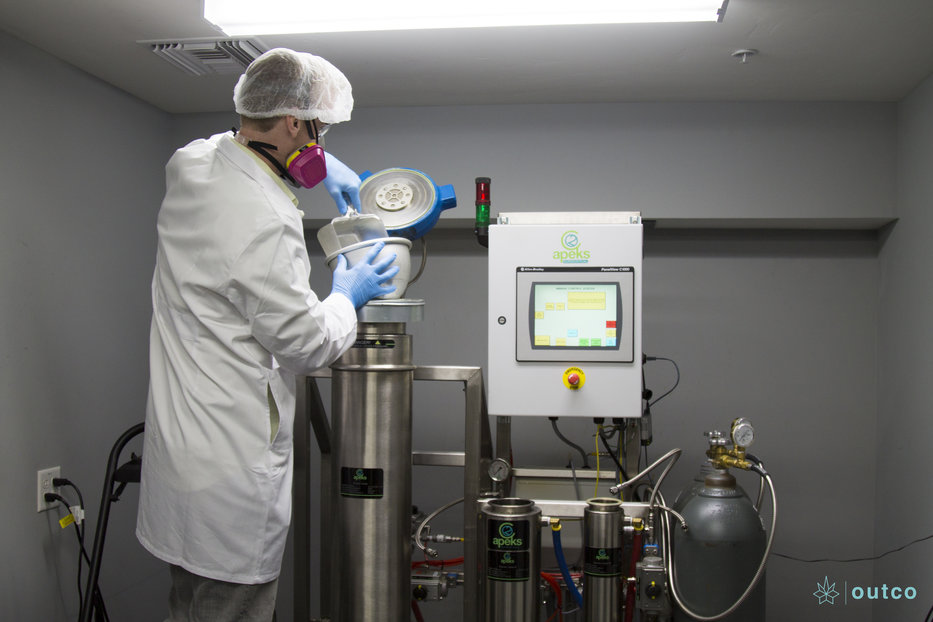 When data analytics was first introduced in the sports industry, it was met with a lot of criticism. But then it began to show results; a popular example being the story of Oakland Athletics Manager Billy Beane, depicted in the movie Moneyball starring Brad Pitt. In the cannabis industry today, we face familiar hurdles. Everyone is focused on extracting as much CBD oil as they can, but not many are optimizing the process. We even hear that data analytics is too difficult, that it does not help and no one has time for it. In contrast, the sports industry nowadays widely uses statistics and analytics, because it has proved to be effective. They use data analytics to choose their players for a team so that they have the best chance to win the championship. NBA teams have entire departments focused on data analytics, so why doesn’t the cannabis industry? Focusing on basketball, what if the approach taken to pick players for an all-star team was employed in the cannabis industry? Imagine your instruments as players and their parameters as their skills. Now, all you need is data analytics to help you decide how best to optimize your team. Paying attention to the numbers, could help you win in the cannabis industry.

When thinking about players in basketball, one factor of interest is the “Players Offensive Rating”, which is the amount of points produced by a player per 100 possessions. In this scenario, you want the player to have a higher offensive rating as it means that they have a better chance of scoring points when they have the ball. Similarly, in cannabis production, you would want your instrument to yield as much product (points) per hour (possession) as possible as well. So, the cannabis extraction analogy for offensive rating is “Yield Per Hour”. By increasing the yield per hour, the instrument can extract more product in the same time frame, increasing overall output and reducing product cost per gram. In this scenario, the biggest extractor is not necessarily the fastest, and any supercritical CO2 extractor will be slower than, for example, ethanol extractors.

Another important factor that’s considered in basketball is “Shooting Efficiency,” which looks at the number of successful baskets made by a player in comparison to the number of shots taken and where the shot was taken from. Having a player with a high shooting efficiency would result in a good chance for that team scoring points over their competitors. This principle is similar in cannabis, while a high yield (number of shots) is great, you also want a high purity (baskets made) of your target compounds or “Percent Purity”. This means you will get a higher percentage of the compounds you want, such as cannabinoids, for every gram of oil extracted. Here, the supercritical CO2 extractor shows its superiority over ethanol, as density modulation of the supercritical CO2 allows for the separation of terpenes or cannabinoids from the rest.You can see that a team that has a better synergy has a higher winning rate. For the same reason, the cannabis extraction process can be optimized by adjusting the parameters of the instrument.

For one last example, let’s look at “Number of Steals” as well. This is the number of times a defensive player successfully tackles the ball from an opposing player before they manage to shoot a basket. If this is high, opponents have fewer opportunities to shoot and score points. Similarly, “Percent Recovery” in the cannabis industry is important to ensure that the target compounds in your flower are being extracted. The solvent should have the chance to extract the compounds (steal from the opposition), before the run ends (the opposition shoots). A high recovery gives a higher overall output for the materials that were input, generating more product overall. In theory, if you wait long enough every solvent can reach full recovery, but for supercritical CO2 in particular there is a practical ceiling around 80% recovery.

While thinking about these variables in isolation is the first step, it is just as important to see how the variables interplay with each other. A concept is introduced here called “synergy”. A team member must establish a good cooperation with the entire team according to their own characteristics. For example, taller and stronger players whose “Offensive Rating” is higher are more suitable for guards, while those with a high “Shooting Efficiency” are more suitable for forwards. You can see that a team that has a better synergy has a higher winning rate. For the same reason, the cannabis extraction process can be optimized by adjusting the parameters of the instrument. For example, if you increase the extraction speed, which is “Yield per Hour”, you may need to compromise on “Percent Purity” as the increased speed may not allow for the optimal extraction of target compounds. Similarly, you may also need to compromise on “Percent Recovery” as a slower extraction rate will do a better job at having a higher recovery. Thus, in order to improve the overall process of extracting oil, there needs to be a focus on analyzing the synergies between different factors to guarantee optimal parameters for your benefit.

These examples highlight some of the basic data analytics that can be conducted on your instruments. However, there’s still one challenge to consider, most professional NBA teams have entire departments just for data analytics. How can you possibly accomplish conducting these analytics for your entire cannabis LP in addition to your regular job roles? That’s where we come in. Other than the “Yield per Hour”, “Percent Purity” and “Percent Recovery” listed above, CBDV can perform customized data analysis based on your company’s data. Let our team help you integrate the “boring” and “half-baked” data, and present you with a visual and clear data analysis report. Let us help you lead your team to win that championship in cannabis!