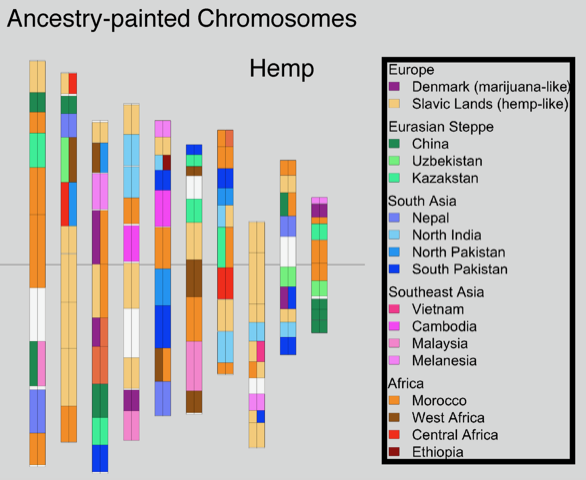 Sunrise Genetics, Inc., the parent company of Marigene and Hempgene, announced their partnership with New Brunswick Research & Productivity Council (RPC) this week, according to a press release. The company has been working in the United States for a few years now doing genomic sequencing and genetic research with headquarters based in Fort Collins, CO. This new partnership, compliant with Health Canada sample submission requirements, allows Canadian growers to submit plants for DNA extraction and genomic sequencing.

Sunrise Genetics researches different cannabis cultivars in the areas of target improvement of desired traits, accelerated breeding and expanding the knowledge base of cannabis genetics. One area they have been working on is genetic plant identification, which uses the plant’s DNA and modern genomics to create authentic, reproducible, commercial-ready strains.

Matt Gibbs, president of Sunrise Genetics, says he is very excited to get working on cannabis DNA testing in Canada. “RPC has a long track record of leadership in analytical services, especially as it relates to DNA and forensic work, giving Canadian growers their first real option to submit their plant samples for DNA extraction through proper legal channels,” says Gibbs. “The option to pursue genomic research on cannabis is now at Canadian cultivator’s fingertips.”

Canada’s massive new cannabis industry, which now has legal recreational and medical use, sales and cultivation, previously has not had many options for genetic testing. Using their genetic testing capabilities, they hope this partnership will better help Canadian cultivators easily apply genomic testing for improved plant development. “I’m looking forward to working with more Canadian cultivators and breeders; the opportunity to apply genomics to plant improvement is a win-win for customers seeking transparency about their Cannabis product and producers seeking customer retention through ‘best-in-class’ cannabis and protectable plant varieties,” says Gibbs. The partnership also ensures samples will follow the required submission process for analytical testing, but adding the service option of genetic testing so growers can find out more about their plants beyond the regular gamut of tests.

RPC is a New Brunswick provincial research organization (PRO), a research and technology organization (RTO) that offers R&D testing and technical services. With 130 scientists, engineers and technologists, RPC offers a wide variety of testing services, including air quality, analytical chemistry of cannabis, material testing and a large variety of pilot facilities for manufacturing research and development.

They have over 100 accreditations and certifications including an ISO 17025 scope from the Standards Council of Canada (SCC) and is ISO 9001:2008 certified. This genetic testing service for cannabis plants is the latest development in their repertoire of services. “This service builds on RPC’s established genetic strengths and complements the services we are currently offering the cannabis industry,” says Eric Cook, chief executive officer of RPC.