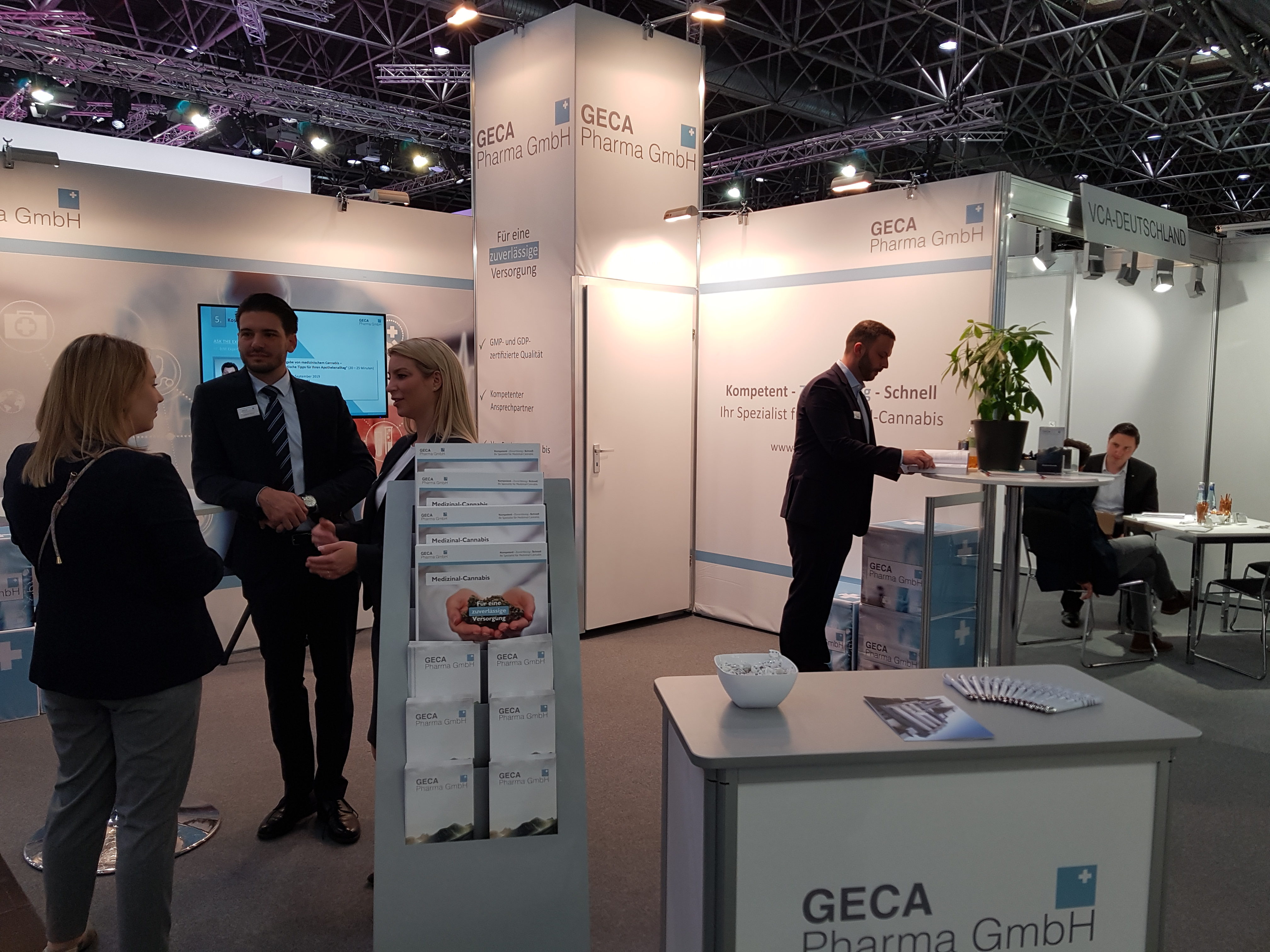 Expopharm is a big deal in Germany and Europe beyond that. It is the largest expo for pharmacists on the continent.

This year, there were two firsts in a convention already looking to the future with digitalization – itself a huge issue in not only the European medical space, but Germany in particular. There is a national obsession with privacy auf Deutschland that does not exist anywhere else.

Beyond digitalization, however, medical cannabis was also a major theme this year. Many of the largest producers and distributors showed up in force. So did the smaller, newer ones. There are now 19 licensed importers in the country – and quite a few of them showed up in Dusseldorf last week.

Beyond that, the expo also saw the birth of the VCA – the Verband der Cannabis versorgende Apotheken e.V (German Cannabis Pharmacists Association). This is a group of pharmacists who are on the front lines of the medical cannabis revolution on its most complicated, expensive and paper-laden end, determined to make their voices heard.

According to Tobias Loder, the owner of Luxe 99 Apotheke in Cologne and one of the organizers of the VCA, “There is huge interest in our association.”

For those of American extraction, at least, there has yet to be such a conference anywhere in the U.S. simply because of the lack of acceptance at the federal level of cannabis as medicine. In Canada, and elsewhere, national pharmacy chains are already getting into the action.

Germany, however, remains the strange, and as a result, most interesting exception.

In Düsseldorf this year, despite added traffic and a great deal of excitement, cannabis as medicine was, as the press attendant said as he handed out the Cannabis Industry Journal press pass, “par for the course” and “no big deal.” Even though of course, the generation of all the interest and intrigue.

The drug is, while still highly stigmatized, on its way to legitimacy here. And in a decidedly normal, Deutsch weg (way).

The Inside Skinny On What Is Changing For German Pharmacists

As revealed during the Denton’s medical cannabis conference in Berlin in late September (about a day before the news hit the expo floor in fact), things are indeed changing at the last mile of the regulated cannabis path. Why?

Within the next thirty days, doctors will be able to prescribe up to 100 grams of floss (dried cannabis flower) or cannabis oil by the gram per patient prescription. That means that patients can indeed go to the doctor every three months – and that there are in fact more regular users in the system. This is also an indication that the supply chain is also beginning to normalize – although there is a huge demand so far unmet by supply. And as a result, while two of the three bid winners are now getting down to cultivation, imports are still the name of the game. 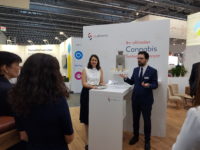 On this front, things are also changing. Cannabis just came into the country from Portugal. Other countries lining up to import include not only Canadian producers, but those from Spain, Malta, Greece, Australia, South Africa, Columbia and of course, Israel.

This is also a step towards international normalization on the pharma side. Schedule II narcotics in the American system are dispensed every 90 days.

The rules about pharmacy mark-ups are also in flux. One of the reasons, for example, that medical cannabis has been so expensive is that, up until now, at least, pharmacists were required to mark up such product 100%. That is also changing. In fact, the Federal Union of German Associations of Pharmacists (ABDA) and the National Association of Statutory Health Insurance Funds (GKV Spitzenenverand) have had to agree on a new surcharge that is expected to see significant and immediate savings of a projected 25 million euros.

It is not a casual argument or discussion. One of the reasons that the German pharmacy vertical has remained so strong and resistant to buyouts and consolidations is that by law, owners are limited to no more than three (and in so far one case discovered by CIJ in Bavaria) four brick and mortar pharmacies. The reduction in this preparation surcharge means that pharmacies will have to find ways to become more efficient. That is also a concern for the VCA, who, among other things, are looking to reduce their own overhead costs while gearing up to serve more patients.

Digitalization, innovation and more, in other words, is on the table. And German pharmacists, for one, are not only on the front line – but stepping up to the challenge.