While enforcement of cannabis patents through litigation is common, there are other alternatives to litigation. Here we discuss some of the unique cannabis-related issues that could arise before the Patent Trial and Appeal Board (PTAB) of the United States Patent and Trademark Office (USPTO).

The growth and evolution of the cannabis industry in the U.S. are not slowing. However, the cannabis industry – with its tremendous upside – is still beset with uncertainty and limited legal guidance curbing its full potential. Intellectual property law, including patent protection, has emerged from the murky legal and regulatory landscape as a reliable business strategy with developing certainty.

A pioneering cannabis patent case in Colorado has progressed without any indication that cannabis patents are to be treated differently than other patents. Relatedly, PTAB recently upheld the validity of a cannabis-related patent as part of a post-grant proceeding. However, although the courts and the USPTO are not discriminating against cannabis patents because of their illicit subject matter, the true strength of these newly issued patents could be suspect.

The fledgling nature of cannabis businesses and the fact that cannabis is just now emerging from its statutorily imposed dormancy combine to highlight certain weaknesses of the USPTO and its mechanisms meant to strike spurious patents.

For several reasons, it is possible that applicants are propelling cannabis patent applications of questionable validity through prosecution beyond the point that similar applications could proceed. The USPTO’s experience with cannabis patents is limited. The universe of prior art available to patent examiners is also limited. There are only about three thousand active cannabis patents, which would only account for 0.6 percent of the total issued patents in 2015. The legal status of cannabis has also likely deterred the broadcasting of public use as prior art, and enabling publications or other public disclosures covering cannabis (e.g., published scientific studies) are limited as well. Taken together, patent examiners considering applications for cannabis patents are at a disadvantage compared to other applications that the USPTO considers in other fields.

Additionally, the post-grant proceedings before PTAB established to review issued patents of questionable validity are not designed to handle the historical context and unique issues of cannabis patents. The difference in the procedural rules and requirements of two common inter partes mechanisms for challenging issued patents, post-grant reviews (PGRs) and inter partes reviews (IPRs), creates a gap in coverage that is particularly salient to cannabis patents.

Although the cannabis patent case in Colorado is first of its kind, we can expect more to follow in its wake.Where a PGR petitioner is free to challenge an issued patent on effectively any ground, an IPR petitioner is limited to validity claims for lack of novelty or non-obviousness based solely on patents and printed publications. However, the PGR petitioner must be diligent, because it only has nine months from the issue date of the challenged patent to file a PGR petition. After those nine months, the challenger will have to rely on litigation or an IPR, with its limited basis for invalidity.

What this means for a cannabis patent is that unless a challenger – likely, a competitor in the cannabis space – can timely file a petition for a PGR, the basis for challenging the patent before PTAB are limited to those types of prior art that are especially rare in the cannabis space: patents and printed publications. What is more, meeting the nine-month requirement to file a PGR is no trivial task. The cost and time required to research and prepare a petition for PGR are particularly problematic for the cannabis industry with its lack of access to traditional forms of business financing.

As a result, it is reasonable to question the validity of contemporary cannabis patents. Further, because of PTAB’s enforcement gap, a patent challenger will likely have to resort to litigation to bring its invalidity arguments unrelated to claims of lack of novelty and non-obviousness based on patents and printed publications. Such broader invalidity arguments could include lack of patentable subject matter – which is an appealing challenge for patents that stem from naturally occurring plants or products, such as cannabis – or lack of novelty and non-obviousness based on other prior art.

Although the cannabis patent case in Colorado is first of its kind, we can expect more to follow in its wake. And, because of the weaknesses at the USPTO and PTAB, invalidity arguments in these early cases will likely be of increased strategic importance than in typical patent cases.

Last week, the United States Patent and Trademark Office (USPTO) published an Examination Guide to provide further clarity for how they assess the legitimacy of trademarks for cannabis products. For the uninitiated, the 2018 Farm Bill, which President Trump signed into law on December 20, 2018, removed hemp-derived cannabidiol (CBD) from the Controlled Substances Act. In order to register a trademark in the United States, the mark must be used in a lawful setting, meaning that the USPTO does not register trademarks for products that violate federal law- even if it is legal under state law.

In their guidance document, the USPTO identifies the distinction between hemp and other cannabis varieties as the basis for either issuing or refusing a trademark registration. This means that in the trademark application, companies need to specify that the cannabis product is derived from hemp, or cannabis with less than 0.3% THC in dry weight.

The USPTO clarifies that applications for trademarks that involve CBD filed before December 20, 2018 will be refused, but if they amend the filing date to after that date, the registration will be examined. Below is a direct quote from their examination guide clarifying this:

For applications filed before December 20, 2018 that identify goods encompassing CBD or other cannabis products, registration will be refused due to the unlawful use or lack of bona fide intent to use in lawful commerce under the CSA. Such applications did not have a valid basis to support registration at the time of filing because the goods violated federal law. However, because of the enactment of the 2018 Farm Bill, the goods are now potentially lawful if they are derived from “hemp” (i.e., contain less than 0.3% THC). Therefore, the examining attorney will provide such applicants the option of amending the filing date and filing basis of the application to overcome the CSA as a ground of refusal.

The USPTO’s Examination Guide explicitly mentions the authority of the FDA to regulate products derived from cannabis, much like the 2018 Farm Bill’s language. There is still some confusion in the cannabis industry surrounding the marketing and sale of hemp products under FDA regulation.

Under the Federal Food Drug and Cosmetic Act (FDCA), using a drug in a food or dietary supplement that is currently undergoing clinical trials is illegal (as is the case here- see Epidiolex for an example of CBD being used as an active ingredient in an FDA-approved clinical trial). According to the USPTO, this means that “registration of marks for foods, beverages, dietary supplements, or pet treats containing CBD will still be refused as unlawful under the FDCA, even if derived from hemp, as such goods may not be introduced lawfully into interstate commerce.”

Regarding trademarks for services involving “cannabis and cannabis production,” the USPTO also issued guidance. This section of the Examination Guide pertains to companies applying for a trademark that fall in the category of ancillary services, such as growing supply companies, lighting, nutrients, pest control and packaging, among other service providers. Basically, this section boils down to the same distinction the Farm Bill made between hemp and other varieties of cannabis. An applicant for a trademark needs to make clear their identification of services offered as involving cannabis containing less than 0.3% THC.

For a helpful guide breaking down what this means for cannabis companies pursuing a trademark registration, Christiane Schuman Campbell, partner at Duane Morris LLP, published this client alert about the USPTO’s examination guide. 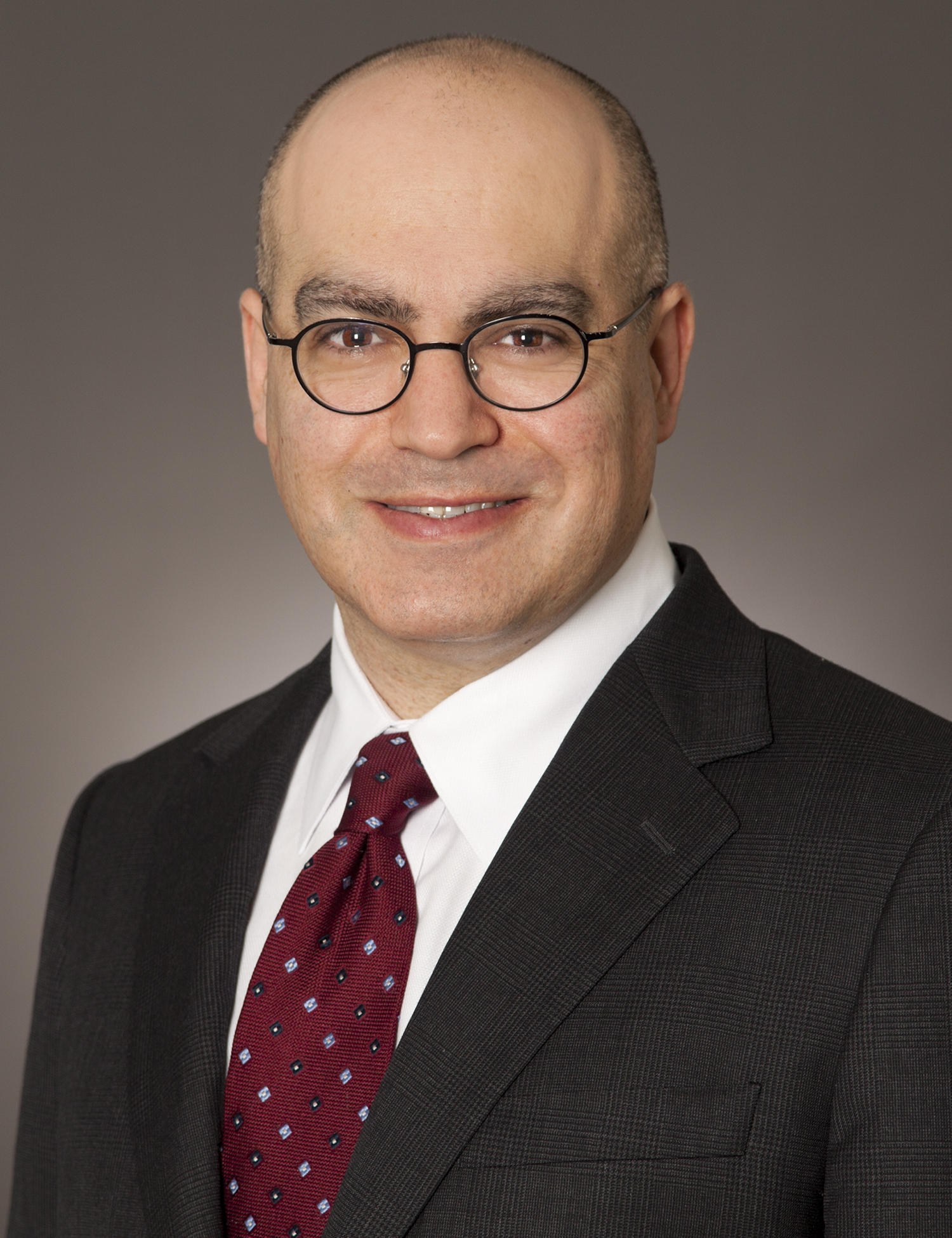