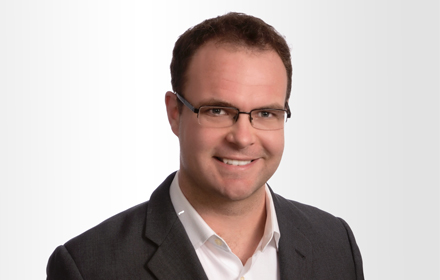 A number of laws have gone into effect in 2021 which may have a major impact on cannabis industry employers; clearly understanding the changing legal landscape is essential to avoid and limit potential liability in the new year and beyond. Below is a brief summary of some relevant new employment laws in cannabis friendly states:

Cannabis industry employers face a range of new laws, even absent the continued legal burden of managing employees during the COVID 19 pandemic. Employers should consider carefully reviewing all applicable laws and seeking guidance from counsel when needed.

You have read the press releases. You may have heard about such ideas at a recent cannabis conference in and around the EU of late. Or you may have encountered new distributors coming into the game with a German presence and a decidedly interesting ex-im plan that sounds a bit, well, off the map.

No matter how geographically creative some of these plans are, the problem is that many of these ideas literally do not make economic sense. Either for the companies themselves (if not their investors), and certainly not for patients. Not to mention, truth be told, the looming price sensitivity issues in the European market that North Americans, for starters, seem to still just be waking up to.

Yes, exports from Denmark have been much in the news lately (including into both Germany and Poland). Truth be told, however, this makes about as much sense, economically, as importing ice to eskimos. Why? Denmark, for all its looser regulations and less-uptight approach to the cannabis discussion generally, is one of the most expensive labour markets in Europe. Fully automated production plants are one thing, but you can build those in other places too. Especially warmer climates, with lots of sunshine. German production, as it comes online, will also make this idea increasingly ludicrous.

Who on earth got on this bandwagon? It seems that the enthusiasm in the room began when Denmark began to import to Germany (where the disparities in wages in production are not so noticeable). However, lately, several Canadian companies with a Danish footprint have been eying Poland of late.

And on that particular topic – there are many who are doing the math and trying to figure out, as the alternatives get going, if even Canada makes much sense, or will in a few years.

Like it or not, the European market is extraordinarily price sensitive – namely because it is not “just” consumers called patients picking up the tab but health insurance companies demanding proof of medical efficacy.

That starts, a bit unfortunately, with understanding wage economics across Europe. The warmer the climate, in other words and the further east on the map, wages drop precipitously. That is “good” for an industry looking to produce ever cheaper (but more compliant) product.

It is also good, at least politically, for countries whose elected leaders are being forced to admit that cannabis works, but are less than copacetic about encouraging local production. See Germany for starters, but places like Austria, Poland and most recently France (which has just embarked on a first of its kind medical cannabis trial).

Here, no matter the temporary buzz about Denmark, are the places that cannabis production makes sense:

Portugal: The country is a newcomer in the cannabis discussion this fall, although in truth, the seeds of this reality were sown several seasons ago when Tilray began to build its production plant in the country in 2017. They are far from the only company who has seen the light, and these days, farmers are getting hip to the possibilities. Especially if they are already exporting crops throughout Europe.

Spain: The industry that can afford GMP certification is getting going, but everyone else is stuck in a limbo between pharmaceutical producers and the strange gray market (see the patient clubs in Barcelona). That said, political groups are beginning to discuss cultivation as an economic development tool, if not sustainable food and medication strategies.

Greece: The weather is warm, and the investment climate welcoming. Of all the countries in the EU, Greece has embraced the economic possibilities that cannabis could bring. How that will play out in the next years to come is an intriguing story.

Italy: The southern part of the country in particular is ripe for cannabis investment and it’s full of sunshine. However, as many have noted, organized crime in this part of the world is a bit fierce and starts with the letter M.

Malta: The island is a comer, but does importing cannabis from here really make economic sense? There are trade routes and economic treaties tying the island both to the apparently Brexiting British and Europe. Why not, right? Just remember that along with labour, transportation costs are in the room here too.

And Just Outside The EU…

The country now (sort of) known as North Macedonia and struggling to get into the EU if France would just get out of the way is also going to be a heavyweight in this discussion for years to come. Wages, of course, will increase as part of EU membership, but in general, this country just north of Greece is going to play a highly strategic role in exports throughout Europe. 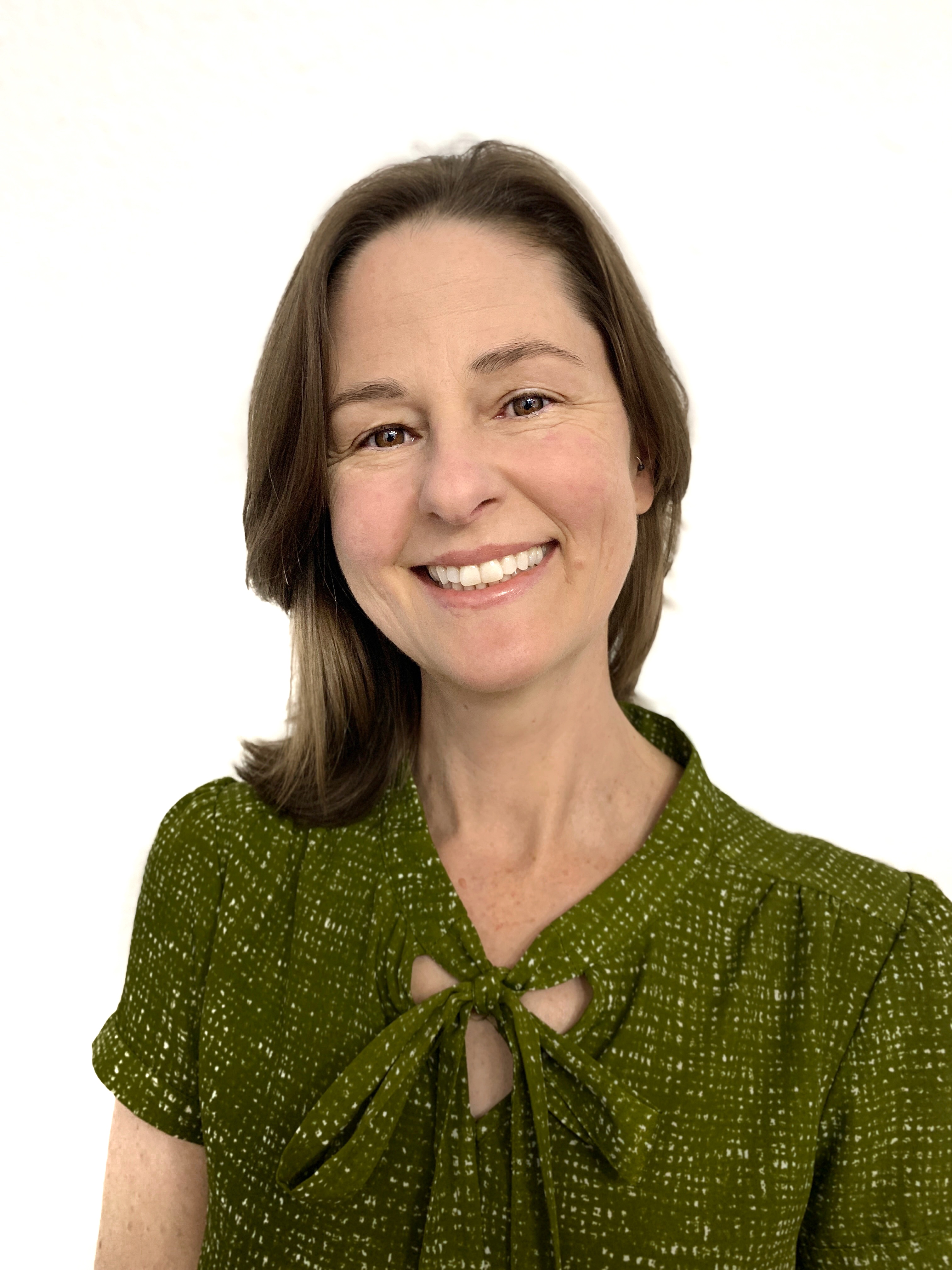 New cannabis businesses must demonstrate proof of compliance to myriad laws and regulations as part of the initial license application process. And once a license is issued, it is easy to prioritize day-to-day business operations over ongoing compliance reporting requirements especially when sales are booming and compliance requirements are multi-layered, vague or obscured in non-cannabis specific programs and regulations.

But seemingly benign neglect of some minor reporting requirements can have major consequences to new and established businesses alike.

This article explores five compliance reporting requirements that cannabis businesses may not know about, and suggests ways to maintain a strong compliance posture across all regulatory agencies.

All licensed growers are required to prove compliance to state pesticide usage regulations. However, expectations on how and when to provide that proof of compliance vary greatly from state to state.  Furthermore, the responsibility of education and enforcement for pesticide usage in the cannabis industry often falls to non-cannabis specific agencies such as state departments of agriculture or environmental compliance.

For example in California, cultivators must report detailed monthly pesticide use reports via the State’s Agriculture Weights/Measures Division reporting portal, while Washington State regulators simply expect cultivators to keep records locally on site and provide them when requested.

With so many places to look, the best place to start your pesticide reporting requirement search is with your local agriculture department. They should be able to answer your questions and provide you with a list of resources to help you better understand how to comply with state pesticide usage and reporting regulations.

Like pesticide use and reporting, hazardous waste handling and reporting requirements are complex and vary state to state. In fact, there may even be nuanced variations in handling requirements at the county level. The best approach to ensure compliance with a complicated set of regulations is to start by consulting your local county fire department. They will have the most specific set of rules for hazardous materials handling and reporting and can help you develop a site-specific compliance plan.

Depending on how your cannabis business is classified, you may be required to keep injury and illness incident records and provide reports to the Occupational Health and Safety Organization (OSHA) for specific time periods.

Contact your business insurance provider’s loss prevention representative for more information about how your business is classified, which specific OSHA reporting requirements apply to you, and how to stay in compliance with applicable OSHA requirements.

A note of caution here: OSHA non-compliance penalties can be steep and “I didn’t know I was supposed to do that” is not an acceptable defense when it comes to explaining any OSHA violations.

Federal labor law requires that you notify employees of their rights. At a minimum, you post information regarding wages and hours, child labor, unemployment benefits, safety and health/workers’ compensation and discrimination in a conspicuous place where they are easily visible to all employees. Some states requires additional information be posted in a similar manner, so it’s important to be sure that those notices are posted along with the federal requirements.

This is a simple, yet easily overlooked, requirement for all businesses, regardless of industry. Ask your insurance provider for a copy of the notice to print and post right away (if you have not already) for a quick compliance win!

These five reporting and notification requirements may seem tedious, overly complicated and burdensome in the face of day-to-day business operations, but compliance to these requirements not only protects your business and employees, it also enhances the overall reputation of the industry. The good news is that regulatory agencies welcome a proactive approach and are happy to work with cannabis businesses to provide guidance and information for developing compliance plans.