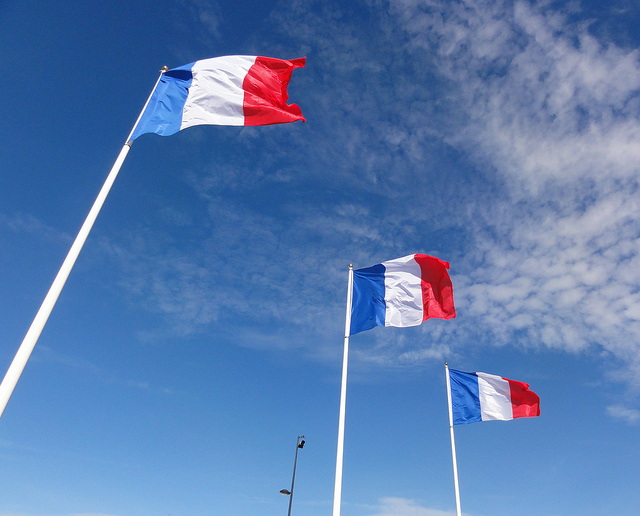 The French have always been known for possessing a certain national savoire faire. In English, that translates to a phrase meaning innate understanding of how to do things with a certain amount of panache, if not bonhomie. International diplomacy was long conducted in French as a result.

However, when it comes to the famed French silver tongue or sophistication on the cannabis issue, and well, not so much. As is widely acknowledged, even by the French, the country is stuck in the Dark Ages when it comes to cannabis. Almost literally. Including having the strictest and harshest penalties for possession anywhere in Europe. Such penalties do not include a stint in the Bastille. But they can involve prison time, and they are ridiculously harsh. Quelle Horreure! Not mention, Vive la Revolution!

Nobody has said (yet) “Let them eat spice cake.” But France is now clearly an outlier in a continent moving towards cannabis reform of (at least) the medical and decriminalized kind.The most recent statistics suggest that 17 million French people have tried cannabis.

And herein lies the French paradox. Despite the highest per capita usage of any European country, French cannabis consumers have not turned into effective advocates on the political front.

How High Are The French?

The most recent statistics suggest that 17 million French people have tried cannabis. 1.4 million use it regularly, about half of those on a daily basis. And here is the exciting (read: terrifying part). Users (not dealers) face up to a year in prison on the first offense, plus a fine of 3,750 euros (about $4,000).

Mon Dieu! Who on earth do the French think they are? A southern American state? One that probably actually banned “French” fries during a dull day at the state ‘lege when politically inspired to do so a few years back?

But even that epithet doesn’t cut it anymore in an environment where Florida is getting in on the action, and the first medical dispensary just opened in Texas.

It is also not like the French big wigs also do not know they are out of step. France’s boyish president, now in office for about a year, Emmanuel Macron, promised decriminalization by the end of 2017 (it didn’t happen). Now a new parliamentary report, released, fittingly on Valentine’s Day, recommends swapping out the current draconian punishments for a fixed fine of between 150-200 euros ($250) per offense. The report also specifically concludes that current legislation is not working.

In 2015, there were 64,000 drug related convictions in France. 40,000 were for use, not dealing. While just over 3,000 of those convicted actually served a prison sentence, even the more conservative aspects of French society have had enough.

Like Germany recently, where the head of the country’s largest police union came out last week for decriminalization, the French police do not want to continue a charade that results in more paperwork for them, rather than a real shift in policy with concrete results. And now, neither do its politicians.

don’t expect this current diplomatic impass to hold for long, even if it gains enough traction to get passed into federal law.In an environment where political gridlock is the name of the game, however, it is very clear that cannabis is just one more issue dropped into a toxic mix that also includes topics like “what’s up in the EU.” Not to mention the nascent separatist and populist sentiments of neighbours like Spain and Germany. Countries, ironically, also far ahead of France on the cannabis front.

The hope of French activists on the ground is that cannabis is actually caught on the right side of history now. Even if, finally, it is changing the law to decriminalize the drug and only penalize patients (and others) with a ticket.

That too, is unlikely to succeed, as many such experiments elsewhere have failed before. That said, it is clearly a step in the right direction and an inevitable one at that.

Caught in the Middle

The great irony of this of course, is what is happening as France becomes an unwilling partner in the cross-border cannabis ménage-a-trois now afoot thanks to changing medical cannabis laws elsewhere in the EU. Namely, cannabis may remain off the reform agenda to parliamentarians and out of reach to the average French patient. That said, cross-continental transport of the drug will inevitably create a situation where a significant amount of cannabis products consumed by medical users elsewhere in the EU is trucked and or trained across France while out of reach to the locals.

Portugal and Spain are shaping up to be low-cost producers to the West. On the East, Germany, Switzerland and increasing numbers of Eastern European countries are looking for cheap product. That means there is going to be a great deal of medical grade cannabis crossing the continent by way of French territory. There is already a trickle. It is about to become a flood. What happens to reform in a country clearly caught in the middle?

As a result, don’t expect this current diplomatic impass to hold for long, even if it gains enough traction to get passed into federal law.

French cannabis policy is far from a la mode. Even to its own citizens. And on this issue, for sure, absolutely old fashioned in the most un-French way possible.