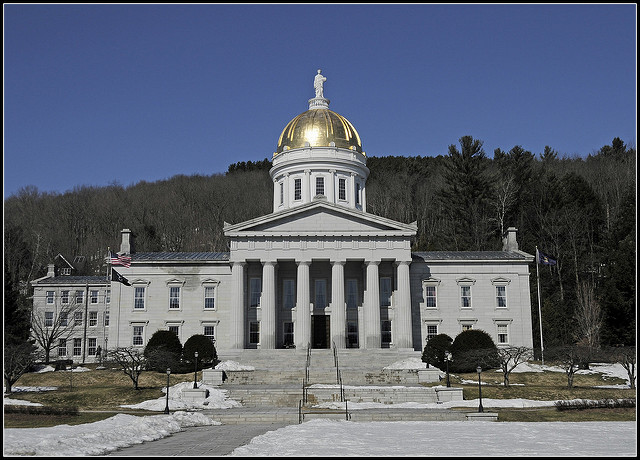 Vermont could become the ninth state to legalize recreational cannabis soon, and the first to do so via the legislature. The Vermont Senate just voted to pass H. 511, a bill that would legalize cannabis for adults. The bill now goes to Governor Phil Scott’s desk for his signature, and he has indicated previously that he will sign this bill into law.

On Thursday, January 4th, the Vermont House passed this bill, sending it to the Senate for concurrence. Now that the Senate has passed the bill and Gov. Scott is expected to sign it into law, it is beginning to look like Vermont will be the first state to legalize recreational cannabis through the legislature, which is a monumental accomplishment.

This could also be an important milestone for the East Coast, as legislatures in New Hampshire, New Jersey, Rhode Island, Connecticut and Delaware are seriously eyeing legalization bills as well. New Hampshire lawmakers in the state’s House approved a similar bill recently.

Matt Simon, New England political director for the Marijuana Policy Project, sees this as a massive win for the legalization movement. “Vermont is poised to make history by becoming the first state to legalize marijuana cultivation and possession legislatively, rather than by ballot initiative,” says Simon. “We applaud lawmakers for heeding the calls of their constituents and taking this important step toward treating marijuana more like alcohol.”

H. 511, the bill the Vermont Senate just approved, would eliminate penalties for possession of up to one ounce of cannabis and remove penalties for having two mature plants and four immature plants. A task force appointed by the governor will work on a report to investigate how the state should tax and regulate sales by December of 2018.