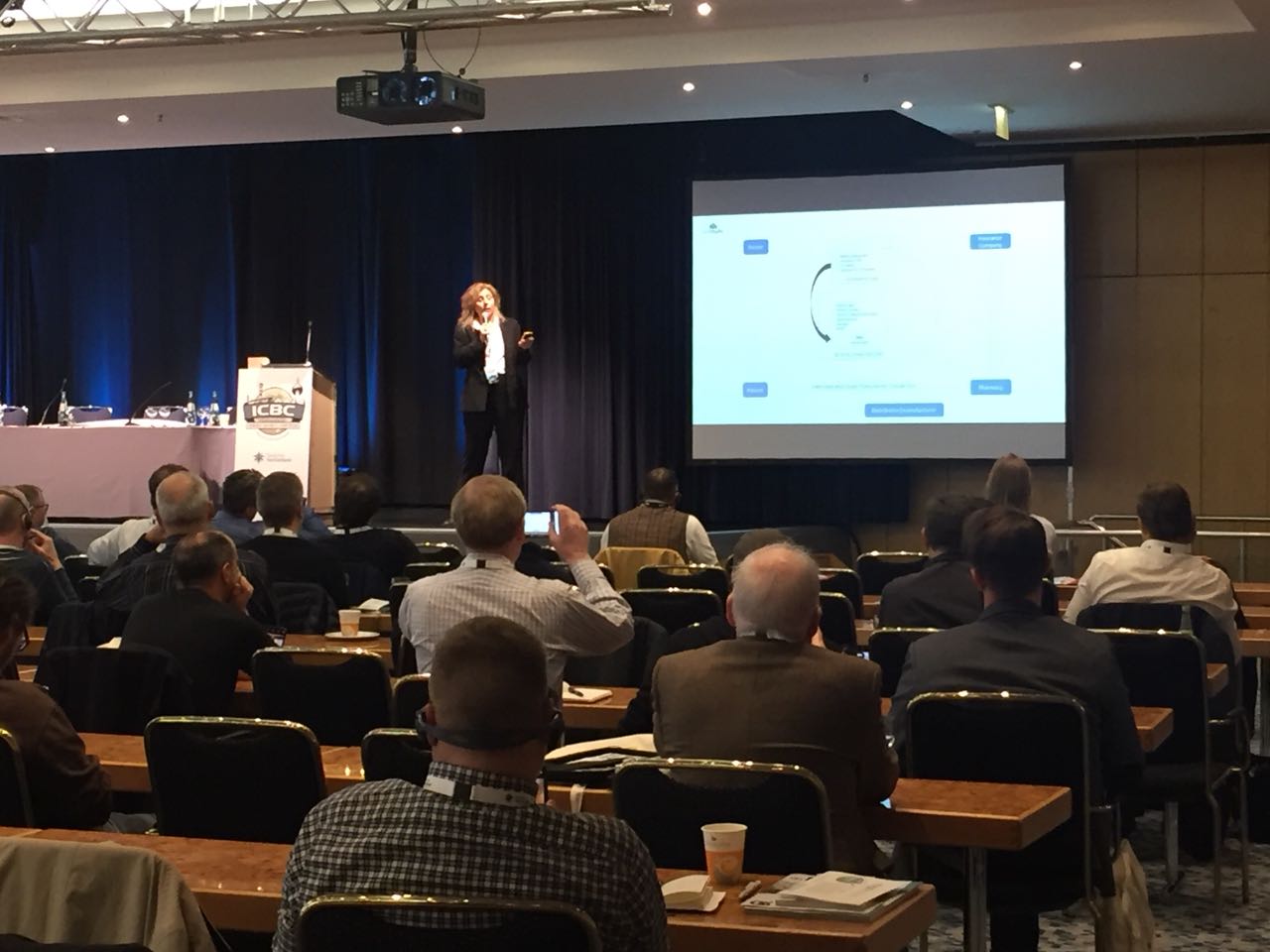 The International Cannabis Business Conference (ICBC) in Berlin is now officially over. The speeches have been made, the parties have been attended. The hard-working crew behind it all has wrapped up, checked out and is off to Vancouver. And most of all, the marathon of meetings and deal discussions that were the mark of this budding and certainly by now established market are done. Even if there are still details to be ironed out in all the new business in the coming months.

As always, the dilemma for conference attendees was how to spend the limited time in this concentrated cannabis gathering. With all of the networking and excitement, people still wanted to hear the experts who spoke on topics ranging from cannabis financing to actually doing business in Germany to new medical advances. Traffic in the expo section was also heavy, as attendees visited the wide range of vendors. Producers and distributors of both plant and derived product were present, along with vape companies brave enough to compete with Storz and Bickel on their own turf, various tech solutions and of course, international consultants.

As the dust clears and the contracts get signed, what are the takeaways from the second edition of the ICBC in Berlin?

The simplest takeaway? The ICBC Berlin is not a market to be missed in the future for the global cannabis executive. Even if you are an American firm (and for the most part still largely excluded from a rapidly expanding worldwide trade that is establishing itself now with authority), you need to be here. The contacts you make are global, and you do not want to be left out. For foreign investors interested in this market, it is a must. For everyone else, this is a meet and greet, not to mention education, barnone. The German medical and even prosumer CBD market is attracting the world.

Yes, there have been ups and downs even in the last three weeks that include the crashing of the German bid along with news stateside that the Trump Administration is going to hang Jeff Sessions out to dry for Russia with his latest “Make American States Great For Cannabis Again” contortion.

But here on the other side of the Atlantic, it is clear that the federal cannabinoid horse has left the barn. There are now rumorsfloating that the bid is not yet entirely dead (now apparently in a legal purgatory of appeals and even potentially “bid amendments”) that nobody is willing to go on record to discuss. Beyond that, however, as was clear from the frenzied deal-makingon the floor and off it at the ICBC, the market is open, distributors are finding new channels to move product, and patients demanding access are not leaving the streets.

Far from it. In fact, the budding nascent umbrella national non-profit campaign designed to open access for patients and educate doctors, The German Patients Roundtable, had a huge second meeting during the conference, with both German and international attendees from countries including Israel and South Africa.

The CBD and THC genie cannot be stuffed back into the local bottle. And everyone knows it. This is federal medical reform, and even better, covered under German national public health insurance. Despite the hiccups and challenges that still remain, this is open blue water for a medical market that has never existed anywhere to date.

Anyone with a GMP facility, Euro cleared export rights and crop or product ready to ship will be welcome here in a market that at this point, cannot get enough plant or oil. Edibles are still a to-come discussion.

To the extent that this is also negative, it is very clear that the market is still highly inefficient. Producers who do have productare not being found by those on the ground who want to sell it to patients. That will also begin to change. But for now, many on the ground are playing a digitalized Rolodex game of “who do you know” that still consists of personal emails between conference-met colleagues if not LinkedIn contacts and impromptu (and freebie) favors. Those who hope to gain an income merely by connecting the source of product and outlets the old fashioned way are also about to be left in the dust by a market that will not be held back and activist businesses who are eyeing both the United States and Canada right now (if not Israel and Australia), and translating all of that into both euros and German.

It is also very clear that the savvy Germans who were largely left out of the bid proceedings last time do not mean to sit this party out – and are angling to get into the game however they can. This is taking some interesting forms, but processing and testing are going to be huge issues of the market here for a long time to come. And so is home-grown, high-quality CBD. The German government is even offering tax credits for growing certain kinds of hempright now. Sound familiar Kentucky?

It is not just the Canadians who are going to get market share. The Canadian LPs are still in a good position to dominate the early market but it is clear that there is still room for others to enter. Whether the government allows an appeal of the court’s decision to hold up, there is a quick bid “redo” for the top 10 finalists, or a second bid, the market has now arrived and is in its second year.

CBD is going to be an important path to other kinds of provision and cultivation. Despite the widespread misconceptions about Germany being a “CBD only” market (it is not), it is clear that a consumer CBD only strategy will be an interesting path into the market here but not one for the faint of heart. The Canadian companies in particular are beginning to move into the realm of big pharma (their market caps certainly are). But it is also clear that more local competition is hip to the same. And as a result, even this part of the market will be a highly competitive one.

German firms are first at this gate, beyond the big Canadian LPs, but they are not the only ones now in the market. See Dutch, Austrian and Swiss firms, many with pharmaceutical company credits and market entry already under their belt.  Not to mention producers from both Greece and the Baltics. Everyone on the import side is eyeing the opening market and stalled bid as a fantastic opportunity. Look for products from these locales as testing and certification protocols become more effective.

Central to all of these developments? The conference is theplacefor the global cannabis industry to meet and get to know one another, put together by Alex Rogers and a seasoned, international team behind the ICBC.