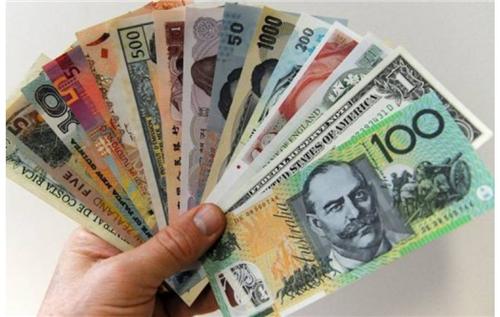 Cannabis pricing, globally, is a topic that is going to remain heated if not highly fluid for some time to come. Why? Government regulation (or lack thereof), compliance and even transport along with different models for commerce and consumption are creating an odd and absolutely uneven map of commodity pricing. We live in a world where accurate information is hard to come by. Even from ostensibly “official” sources that track operational markets. Black or legit.

It may sound complex today but it used to be a lot harder. As of just 2014, the UN’s Office of Drug Control listed the price of a gram of (black market) cannabis in Lichtenstein at $1,020 (as reported by a bemused Business Insider). While this could have been a simple matter of misunderstanding that Europeans frequently use commas rather than periods as decimal points in numbers, the fact that this was later corrected to $10.13 suggests human error in transcription rather than reporting. And the world has certainly changed since then.

Yet with no international legal marketplace or even platform yet in existence to track the global price of legal cannabis in different jurisdictions, this is the kind of issue that faces not only those in the industry but those trying to analyze it.

That said, there are beginning to be data points for those who are interested and those who must have this information for professional reasons. Here is a break-down of regional (legal) prices, per gram from a selection of sources generally considered fairly accurate. This is also made a bit more difficult by the difference in measurement systems and currency fluctuations. For ease of reference, these figures are in grams and U.S. dollars. An ounce is about 28 grams.

Medical grade cannabis also means different things in different markets. Outside the U.S., in Canada and the EU in particular, medical grade cannabis must meet a certification process that adds to the cost of production considerably. Certainly in comparison with outdoor grows. It is still, for the most part, imported, from either Canada or Holland, although look for that to start changing this year as domestic cultivation in multiple countries finally gets seriously underway.

Pricing really depends on where you are. It is also dropping fairly dramatically in established markets. The most recent example of this is Oregon – which has seen its higher-than-normal state retail market begin to normalize with California, Washington and Colorado. This is the price of establishing regulatory schemes on a non-federal level. That said, the competition is so extreme at the moment that Oregon, in particular, is a buyer’s market, with recently reported prices as low as $1 and change for a gram.

Retail pricing, in particular, will remain all over the place on a national level, especially given the amount of local competition between dispensaries underway. On average, however, medical grade-ish cannabis runs between $6-30 a gram, retail.

According to the website Cannabis Benchmarks, which tracks U.S. wholesale prices, the domestic spot index of wholesale cannabis was at $1,292 per pound at the end of January. Or about $5 per gram.The theory that the legit market has to price the black market out of existence is unpopular with those who want to collect more taxes from rec sales.

Nationally, at the moment, uncertainty over how the new post-Cole Memo world will play out, plus oversupply in certain markets, is creating strange pricing. Note to consumers, particularly in recreational markets: There are deals to be had.

This market is interesting for several reasons. The first is that several of the regional governments are considering establishing a Canadian $10 per gram price for the recreational market. Medical grade runs about $8 at the moment in local currency. That means, with a 20% differential in current f/x rates, a recreational gram will be set at USD $8 and a medical gram at about $6. That said, the theory that the legit market has to price the black market out of existence is unpopular with those who want to collect more taxes from rec sales.

Theories abound about the future of recreational pricing, but for the moment, a great deal of supply and new producers will keep prices low at least through 2019. After that? It is impossible to even guess. At that point, Canadian producers will still be supplying at least German medical patients with some of their imported bud. Regardless, the country will continue to play an important role in global pricing – even if it is to set a recreational and medical standard that plays out in markets already from the EU to Australia.

Like Canada’s market, although for different reasons, the Israeli official price on legal cannabis is absolutely constant. It is set by government policy. Those who have the drug legally, in other words with a doctor’s prescription, pay about $100 for a month’s supply. That amount on average is about 28 grams. That means that a medical gram in Israel will set you back about $3.50 per. U.S. not Canadian.

Medical markets in places like Germany are still skewed by integration of the drug into the country’s healthcare system and the fact that it is still all imported. The horror stories are real here. Patients must pay out-of-pocket right now for cannabis flower that is also being pre-ground by local apothekes for an additional price per gram that is eye-wincingly high. However, once the price and supply normalize, look for a medical standard here of about $10 for a month’s supply. That will be about 28 grams too.

Germany, in other words, will eventually be one of the cheapest markets for patients after reimbursement by insurance. That shapes up to be about $0.50 per gram at point of sale. It could be far less for those who are able to obtain authorization for higher amounts up to five ounces per month. The flat fee stays the same. Do the math. That works out to some pretty cheap (high grade) medical relief.

Black market cannabis and hash, which is also far more common in Europe than the U.S. at least, is fairly widely available for between $12 and $20 a gram.

The rise of cannabis production in Eastern Europe and the Baltics (which is also still largely pending and based on ongoing government talks and emerging distribution and cultivation agreements) will also dramatically drive down the cost of legal cannabis in the EU within the next several years. Production in this part of the world, along with Greece, may well also source rec markets all over the continent once that happens.

While the African cannabis trade has yet to break out – even in the media much of yet, there is definitely something green growing in several African countries including South Africa and Ethiopia. That trade unlike most of what is going on in South America with the possible exception of Uruguay is already looking for export opportunities globally. With African cannabis going for less than a buck a gram in most places (as in about a fifth of even that), look for certified African medical cannabis in select Western markets where price is going to be a major issue. Think medical standards. On the South American front, prices are equally low. However, remember that these are not regulated markets yet. And domestic government standards, starting with GMP and both indoor and outdoor grow requirements are basically non-existent. Growers who want to export to higher regulated markets are planning accordingly.

It goes without saying that in places where cannabis is both illegal and carries the death penalty or other harsh penal retaliation, that the price is not only much higher, but the source is black market. In the UAE for example, a gram will set you back well over $100.