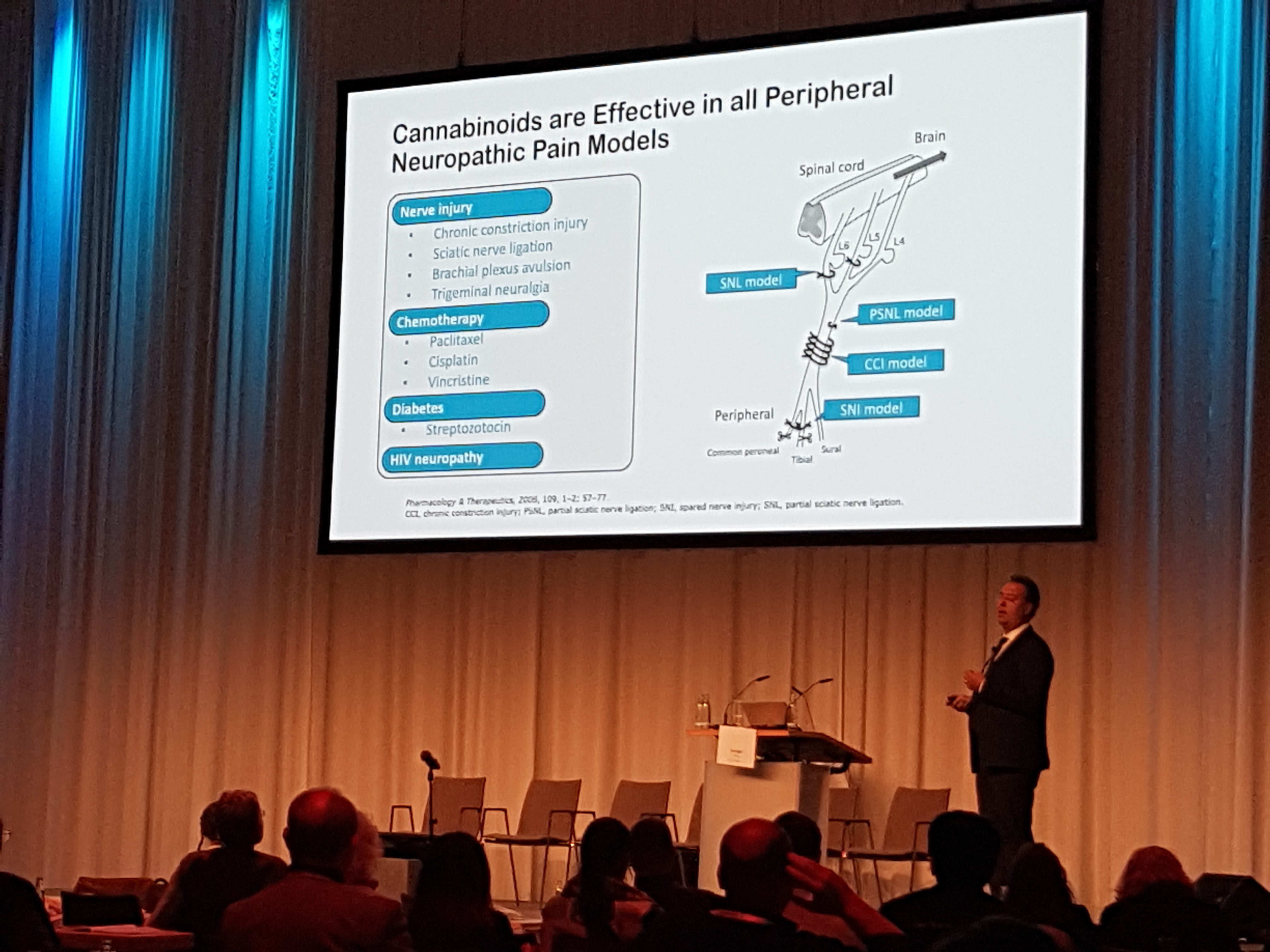 It is easy to forget as one steps inside this world-class medical conference (held this year in Berlin), that cannabis is disputed as medicine anywhere in the world.

Inside a packed conference hall in an upscale hotel in East Berlin, international researchers presented evidence that when taken as a drug, this simple plant can make a world of difference to patients suffering from a range of illnesses.

There were also doctors who talked about prescribing this as medicine (even to children), with dramatic and affirming results (if not heart-warming pictures).

In sum, as always, the IACM is the best place to find facts if not evidence galore to convince even the most hard-boiled egghead that this drug works – and across a broad range of so far “other” drug-resistant medical conditions.

As a participant in the IACM said after the opening remarks on the very first morning, it is so easy to ask the question – “Why are doctors still so afraid of if not resistant to this drug?”

Medical efficacy is no longer an unanswered question…

For those seeking affirmation and evidence, this year’s IACM did not disappoint. There were presentations on the drug’s impact on neurological, oncological and inflammatory conditions that while not all new, are increasingly impactful in an aging planet.

But that is not all that was discussed. The broader implications of adding cannabis into skincare, diets and medicine chests were also presented – from cannabis’ impact on lowering obesity and positively affecting acne to impacting the opioid epidemic.

Also intriguing this year was a far-reaching study on how polluted the CBD supply chain is in Europe, even for non-medical and nutraceutical products. Not to mention a socio-political plea for legalization of personal use in South Africa.

And that was just the presentations from the stage and in the poster hall.

The conversations swirling around were just as interesting. Because of course, nobody at this three-day gathering, for all the normalization on display, did forget that this gathering of doctors, scientists, cannabis companies and patients is still an anomaly.

The fact is that there are still too few doctors prescribing. And too few trials. And too many fights over efficacy still in the room.

As Alice O’Leary Randall (wife and former partner in activism with her late husband, Professor Randall who initiated the medical efficacy fight in the U.S. in 1975 over glaucoma) said to Cannabis Industry Journal, “It is hard to believe that we are still fighting the same fights all over again.”

There is a more dramatic sense of urgency at the IACM than other conferences that focus just on the “business.” In part, this is because the conference is made up of not only doctors and researchers who fight to prescribe the drug or get trials funded, but also patients on the front lines in a country where the drug is supposed to be covered by health insurance.

The patient panel, as a result, was an international face of accusation: To national authorities who still refuse to mandate cannabinoid care – across Europe and beyond. To medical establishments who are not demanding cannabinoid treatment be made mandatory in hospitals and emergency rooms in every country in the EU and beyond. To individual doctors who refuse to come to such conferences, where, if they wanted to, could learn how to begin prescribing the “next penicillin.” To payers and insurers who are still too slow to pick up the message if not the tab.

Indeed, one of the best panels of the conference was a gaggle of doctors, led by Grotenhermen, who discussed the particulars of approaching a new drug – for the very first patient and first time.

As the conference wrapped up with its awards dinner, there was of course, a sense of needing to go home with not wanting this to end. For those in the thick of this multi-generational fight, there of course were words of encouragement to colleagues from the industry, internationally. But there was also a new sense of needing to up the pace, if not create faster change.

The battles are far from over – in fact, they are just beginning in many places. As one questioner said of a panel about halfway through the conference – “We need to pick up the fight the same way the AIDS community did on this drug.”

That remark perhaps means less today than it did 20 to 30 years ago when an embattled LGBTQ subculture was the organized point of the spear that fought the early state legalization battles as pioneers for a cause that sought equality as much as it sought a cure.

The plea did not fall on deaf ears.

In the midst of studies, statistics and scientific evidence, in other words, there was a new sense of a need for a renewed fight – and from the medical and scientific community as well as patients.