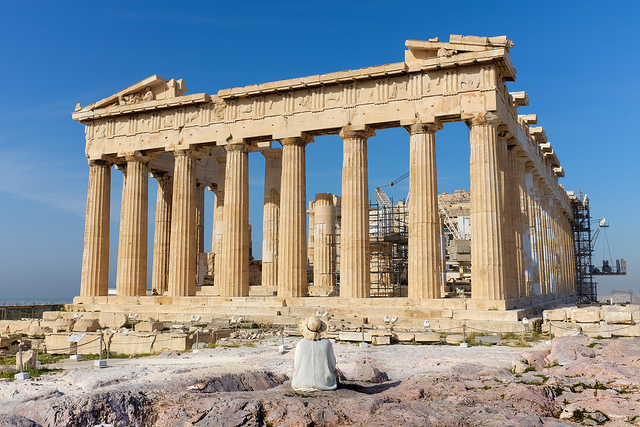 The Greek Parliament is finally expected to approve the medical use of cannabis – probably in the first weeks of February. The move is far from a surprise. Greek politicians announced last summer that this development was in the cards.

What is even more promising for the sector domestically, not to mention in terms of European reform, is the unflinching acceptance of this industry by the establishment and national politicians, and further as one with great economic development potential for a still-ailing economy.

A $2 Billion Injection of Capital

Deputy Agricultural Development Minister Yannis Tsironis (for one) has already publicly expressed his hope that the Greek medical program will attract beaucoups bucks from overseas.

However given the context in which this announcement has taken place, is this seriously a commitment to medical cannabis? Or is it an easy (if not slightly buzzy) way to attract foreign capital to a Mediterranean paradise still in dire need of a capital injection from any source it can get one?

Maybe it is a combination of both.

Many in Europe are forecasting that 2018 might finally be the light at the end of the tunnel for the Greek economy, which has been mired in austerity for the last decade. The Greek government is now in the process of moving forward with the final requirements of both labour reforms and receiving what is hoped to be the last bailout of its economy by foreign investors before it finally goes it alone by August 2018.

The Greek economy finally grew 1.5% last year. In 2018, in part thanks to the final package of reforms, the economy is expected to grow by 2.4%.

A foreign-financed medical cannabis business might be just what the economists have ordered. Especially if it is also open to visitors.

The development of a domestic medical cannabis industry in Greece is good news for not only medical reformers but also those who are looking for ways to expand the influence of the flower into the broader economy.

And Greece is one place where such ideas could easily and quickly take root in Europe.

Greece has long been the haven for a highly niche, international tourist audience. Tourism in general has also been on the uptick over the last two years again as particularly Europeans look for relatively cheaper beaches and sunshine. Over 30 million foreign tourists flocked to the country last summer – a number of people roughly three times the population of the country.

Again, mainstreamed medical cannabis would only add to the economic results in a way that is just as heady if not (economically) stimulating as a good sativa.

The idea of a medical tourism industry here, could also potentially create not only a Greek medical paradise, but potentially also have a growth impact on European cannabis programs too. Especially if reciprocal medical rights we

re also offered to EU citizens looking for an extended canna-friendly vacation.

Of all the countries in Europe, the Greek cannabis experiment offers the first real chance for a Canadian/American style cannabis industry to begin to flourish in Europe. In colder, more northern European countries, medical cannabis is still being treated as an expensive adjunct to traditional healthcare. And no matter how much citizens are moving towards acceptance of a recreational industry down the road, things are moving much slower in the rest of Europe. Germany, to put things in perspective, passed medical reform several months before the Greek decision to legalize medical use last summer. Yet now it appears that Greece might actually move into a full-fledged, domestically grown industry before its Teutonic neighbour to the north.

And further, unlike Germany, Greece may well decide to develop its “medical cannabis industry” as an adjunct to its tourist industry.

Sure, Holland and Spain led the way in this part of the world if not internationally. Neither country, however, needs new industries now in the same dire way, nor is emerging from a national, decade-long recession.

All the elements are here, in other words, for the Greeks to turn a new page in their very long and documented history, and do something a little different.