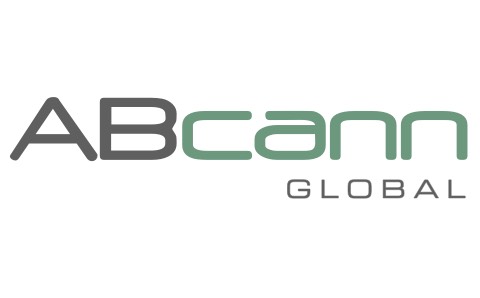 In rather shocking news out of Germany on the cannabis front, it appears that Canadian LP ABcann has not been selected as one of the finalists in the country’s first tender bid to cultivate cannabis domestically.

As reported in the German press, the company has not been invited to submit an offer in the final award procedures. The reason per a company spokesman as quoted in the German media? The company proved it met the required qualification thresholds – namely it could deliver the required amount of product as required by the German government. However the amount it could produce was less than other firms being considered.

That is a strange statement, especially because the ten licenses on offer only called for a total of 2,000 kgs of production total by 2019 and 6600 kgs by 2022.

ABcann has been in business since 2014 in Canada, when it received one of the first cultivation licenses issued by the Canadian government. It has also been aggressively positioning itself in the German and European market this year – and in multiple ways. It got itself listed on both American and German stock exchanges by summer. The company established a subsidiary headquarters in Schönefeld as of August 2017. As late as October, the company also was appearing at industry conferences, like the IACM medical conference in Cologne, as an expected finalist in the first bid.

However, the company’s plans to build a $40 million, 10,000 square meter plant somewhere in Lusatia are now also reportedly on hold. The exact location of the plant is unknown, per German government requirements that grow facilities remain secret. That said, with a year and a half to complete construction, if given the green light even by early next year, it may be that this was the reason the company has apparently not made the cut. Or perhaps the German government did not believe the company was adequately funded. A September exercise of warrants netted the company an additional $45 million in operating cash. But with expansion plans in not only Canada and Europe, but Australia too, did the company pass the German test for liquidity?

Management changes are also afoot. As of October 1, Barry Fishman, a former Eli Lilly executive took over as CEO of ABCann Global. Ken Clement, founder of the company, announced in mid-October that he was stepping down from his position as Executive Chair of the Board to be replaced by Paul Lucas a former President and CEO of GlaxoSmithKline Canada. John Hoff, the Geschäftsführer (or CEO) of ABcann’s German subsidiary, has also recently left the company. When asked by CannabisIndustryJournal about his reasons for doing so at the Cannabis Normal conference in Berlin at the beginning of November, Hoff cited “management and creative differences” with ABcann Canada as the impetus for his recent departure.

However with the news of ABcann’s apparent loss of a front-runner position in the pending bid, such news appears to herald a bit more of a shakeup at the company, if not a refocussing of overall global strategy.

A source within the company who wished to remain anonymous also said this when contacted directly by CannabisIndustryJournal. “Our top priority currently is to acquire an import license. We also fully intend to pursue all of our plans in the German market, but we have no firm dates on the construction front.”

The German medical cannabis question has certainly jerked forward over the past several years through several rough patches. This year it has gotten even stranger. And nobody is quite sure where it will end up.

The news about ABcann is also the latest episode in a very strange story that has continued to develop mostly out of sight of the public.

That bid process, which was expected to announce the winners by late summer, has now dragged on through the fall.Germany began moving forward quietly on the cannabis issue in the first decade of the century. Patients could only access the drug in basically trial mode. Most patients who qualified with a doctor’s prescription and a special permit to take the drug, could also access only Sativex (which is very expensive) or the synthetic form of the drug, dronabinol, manufactured domestically in a facility near Frankfurt. All bud cannabis was imported from Holland by Bedrocan. Strictly controlled not by German, but rather Dutch law on cannabis imports.

In 2014, the first German patients successfully sued the government to grow their own plants if their insurance companies refused coverage of the drug and they proved they could not afford alternatives. This year, in January, the German government voted unanimously to change the law to mandate public health insurance. The law went into effect in March. Mainly driven by a desire to halt home-grow, the rules changed again. Post March 2017, patient grow rights have now been revoked. Now patients are theoretically allowed to get cannabis covered under public health insurance. In reality, the process has been difficult.

In April, the German government created a new “Cannabis Agency” under the auspices of BfArM. And BfArM in turn issued a tender bid for the country’s first domestic licences in April.

That bid process, which was expected to announce the winners by late summer, has now dragged on through the fall.

When Will The Winners Be Announced?

That too is unclear. It is very likely that the final announcement will not be made by the government until the beginning of the year – after the new government is formed. The so-called “Jamaica Coalition” – of the mainstream CDU, the Greens and the liberals (FDP) is under major pressure to address the issue of access. So far Chancellor Angela Merkel has signalled her resistance for additional changes to the new cannabis law. That said, the current situation in Germany, which is untenable for patients and doctors, as well as companies trying to enter the market and investing heavily, is unlikely to hold for even the next several years.

Problems with finding doctors and medical reimbursement under insurance have kept this patient population from growing the way it would otherwise.In late October, the news broke that two legal complaints had been unsuccessfully filed against the bid itself. Both parties’ complaints were dismissed. Yet there also appears to have been a third complaint that has actually devolved in to a real Klage – or lawsuit. Lexamed GmbH’s claim directly addresses issues expressed by many German-only firms this year. Namely that they were unfairly left out of the bid process because of a supposed lack of experience. As such it is likely to be closely watched by other existing German hopefuls.

This lawsuit has now formally delayed the announcements on the bid decision until at least after December 20th of this year, when the oral arguments will be heard in the case. A decision about the bid will go forward when this has been decided, by the beginning of 2018.

In the meantime? Cannabis imports are starting to enter the country. In late summer last year, Spektrum Cannabis, formerly MedCann GmbH, located just south of Frankfurt, received the first import licenses from the German government to bring medical cannabis into Germany from Canada. Both Aurora and Tilray were granted import licenses this fall.

There are 16 different kinds of cannabis on the market right now. And about 170 kilos of cannabis were imported into the country in the last year. There are also currently about 1,000 patients although this number is artificially low. Problems with finding doctors and medical reimbursement under insurance have kept this patient population from growing the way it would otherwise. There are easily a million patients in Germany right now who would qualify for cannabis if the system worked as it was originally intended in the legislation passed in January.

That said, despite the recent news that ABcann is “out” – at least for this round– apparently the pan-European bid process is still very much alive, despite many recent rumours that it was dead in the water. And plans also seem to be afoot for a separate and additional cultivation licensing round potentially as soon as next year. Details however are unclear and nobody either in the industry or the government is willing to be quoted or give any further information.